The Sheriff of Nottingham 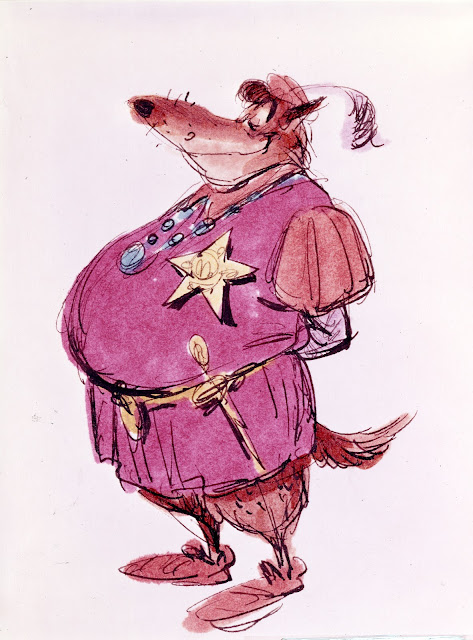 The process of visual development for a Disney character during the 1970ies involved only a few steps compared to much earlier Disney films.
For productions like Snow White, Pinocchio and Fantasia many artists, who were part of Joe Grant's Model Department, contributed endless designs, sculptures and rough model sheets that eventually led to the final look of the characters.
After the completion of Sleeping Beauty a lot of artistic personal was let go in order to streamline future productions and to save money. By the time the 70ies came around, the animation staff had gotten even smaller. There were only FOUR supervising animators, who carried a lot of weight and responsibility.
Ken Anderson would start out with rough character designs such as these marker sketches above and below. 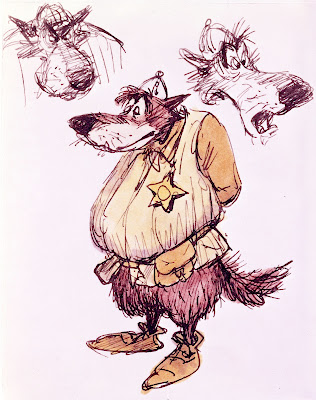 Once a certain personality type emerged, Ken's drawings went straight to Milt Kahl's desk.
Milt then polished the design 'to make it animatable" as he put it. Putting his own personal stamp on to the look of the character didn't make things easy for other animators, because nobody could draw like he did.
Model sheets were made up of drawings from Kahl's early animated scenes…and that was it.
No construction sheets, no head or body turn arounds like in the old days.

The Sheriff of Nottingham has always been a sort of enigma to me.
I love the way he moves and acts, and his personality is interesting….it's just that he doesn't resemble a wolf, he looks like a huge rat. His soldiers are caricatured wolves, but not the sheriff.
These Milt Kahl sketches show how he developed the character based on Ken's work. 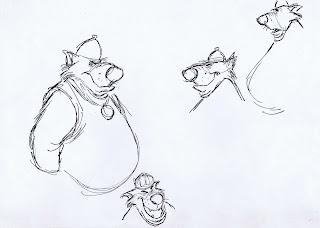 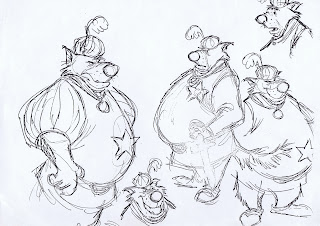 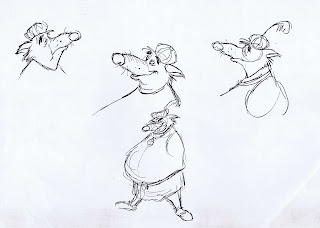 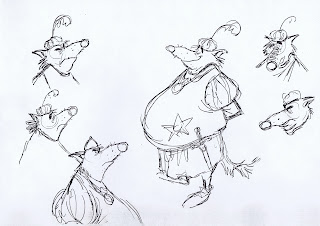 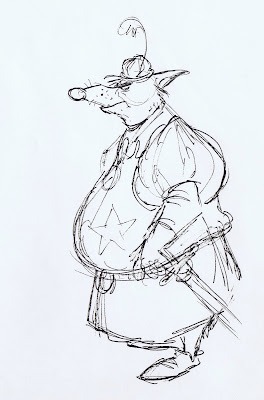 A few roughs from a scene in which the Sheriff argues with Friar Tuck.
"Now take it easy, Friar. I'm just doing my duty."
Beautiful stuff! 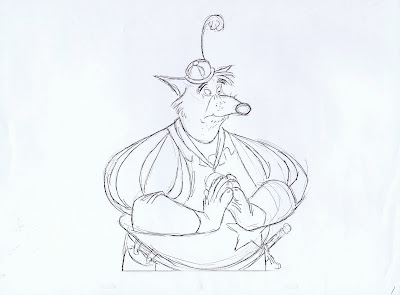 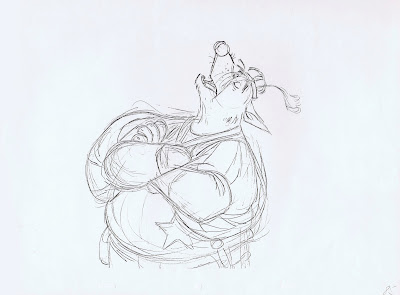