If Fred Moore had his way... 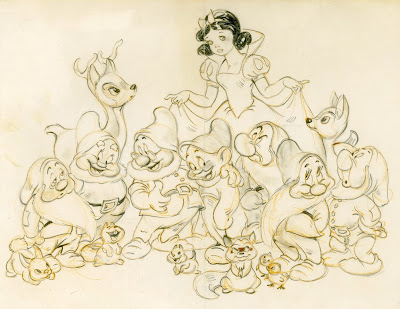 …Snow White might have looked like this. In his beautiful sketch the princess looks very young, and her appearance matches the design of the dwarfs very well. But Walt Disney felt that in order for her to feel real to an audience Snow White had to be drawn with more realism. A cartoony looking girl couldn't portray the dramatic as well as the romantic scenes the way he envisioned it.
Live action reference was filmed, and thanks to animator Grim Natwick and assistant Marc Davis Snow White turned out to be as believable as any live actress on film.
Here are just a few versions that preceded the final choice. 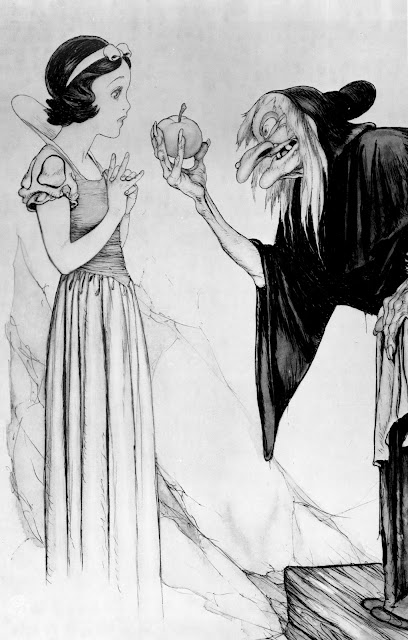 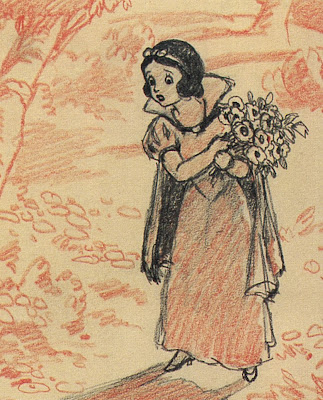 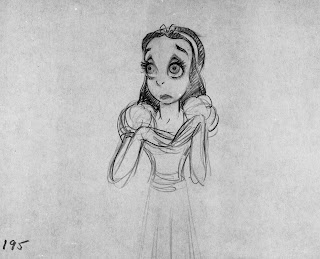 Unknown to me, but what a great drawing. 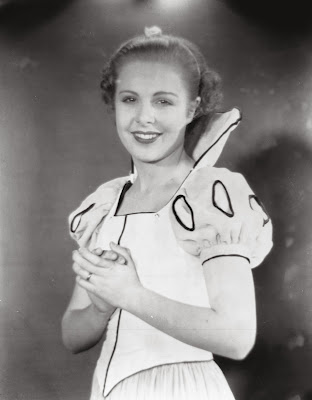 Young Marge Champion acted out scenes for the animators. Black lines on her costume helped the artists to translate the photo stats into drawings. They couldn't have picked a better actress to perform this role. Marge brought so much life to the character with her natural and confident acting.