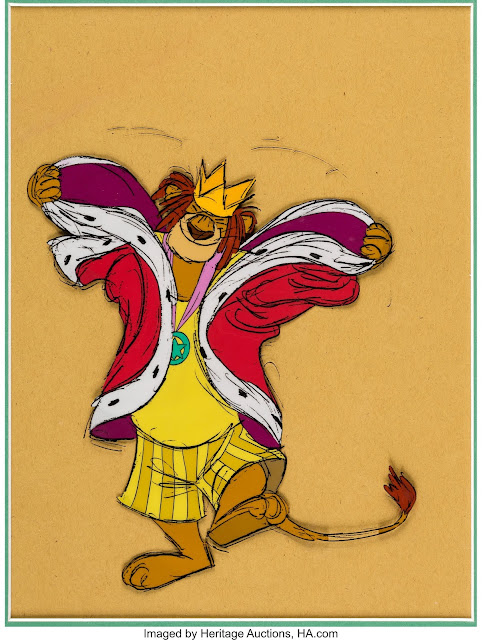 These are not actual production cels. You might notice that most characters aren't depicted in their
established film colors. Disney used to have many color versions for an upcoming character painted on cels before making a final decision on what the final appearance should look like.

During the 1960s and 70s the color model department worked with rough xeroxed cels from drawings that showed early animation. Perhaps the first scene an animator had finished. Ink & Paint wanted to get a head start before the bulk of animated scenes hit their department. The chosen drawings weren't even cleaned up yet. A good full figure rough drawing by Milt Kahl was good enough to experiment with in terms of color.

For final production all rough drawings went through a process called "touch up". An assistant would erase construction and other loose lines so the character was presented in cleaner manner.
Of course some of us geeks prefer the looseness seen in the animators' first pass. Just look at the dynamic pose of King Leonidas from Bedknobs and Broomsticks! 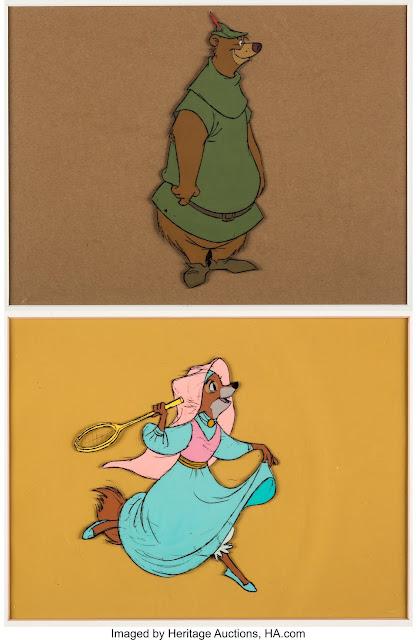 These pre-production pieces cels are being offered at an upcoming Heritage auction.