This is an article I wrote for Sketches Magazine in 2004. Walt Disney Classics Collection was about to release a Medusa & Penny sculpture, and I was asked to write a little piece about the character and her animator Milt Kahl. 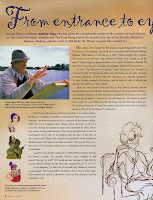 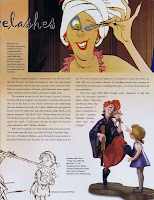 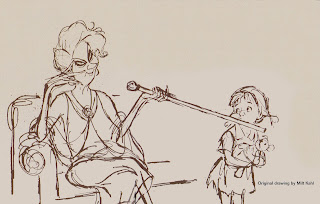 As a bonus I am adding this rather peculiar pencil scene of Madame Medusa, which does not appear in "The Rescuers".
The outtake pencil test was put together from copies of the tied down rough animation drawings.

During the make-up-removal-sequence Medusa is responding to a line from Penny: "You want me to find that diamond." The final film version has Medusa's dialogue "That's right, dear!" on a Penny medium close up.
Perhaps the scene ended up on the cutting room floor, because it doesn't really work, the acting looks  unnatural. Arguably that's very unusual for a Kahl scene.
What was Milt thinking?
I guess the first part works alright with her saying the words "That's right…"
But the word "Dear" isn't even pronounced in the animation, maybe Milt animated to a different dialogue take, one that was shorter. Still, the second half of the scene shows strange head bouncing and twinning hands action.
So this means that the man was human after all !! 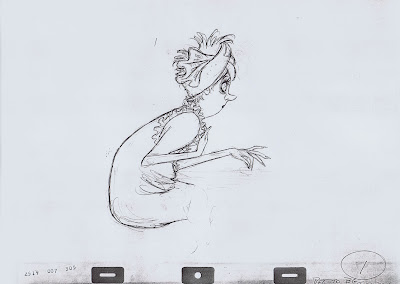 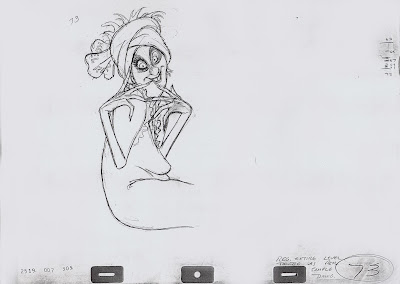