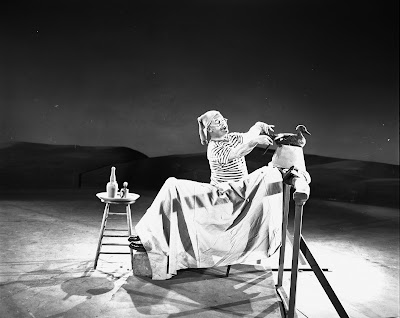 One of the greatest acting/comedy scenes in Disney Animation.
That's actor Don Barclay as Mr. Smee pretending to give Captain Hook a shave. Of course Smee doesn't realize that he is actually shaving the rear of a seagull.
Ollie took great advantage of the comic possibilities. The staging is hilarious, I have no idea how he came up with Smee's exaggerated poses during this dialogue scene. And his face shows amazing flexibility and range. I love the nervous acting as he adjusts his glasses and pulls on his hat when realizing that Hook's head is missing. This is definitely a scene worth studying frame by frame, the timing is ingenious as well.

Ollie had Milt Kahl go over some of these expressions. I do have a few of those sketches and will show them on my next post. 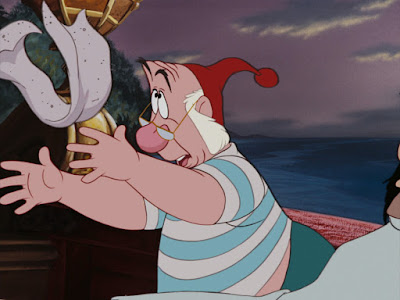 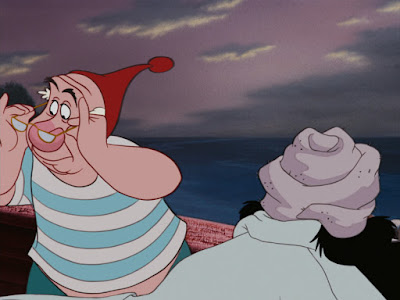 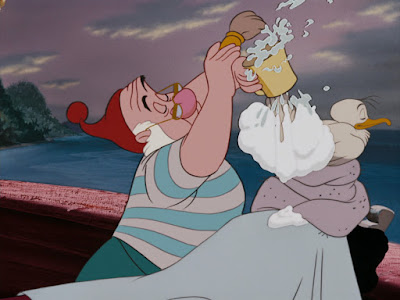 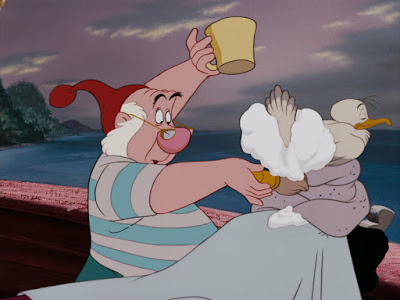 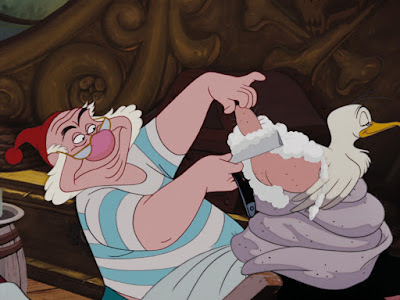 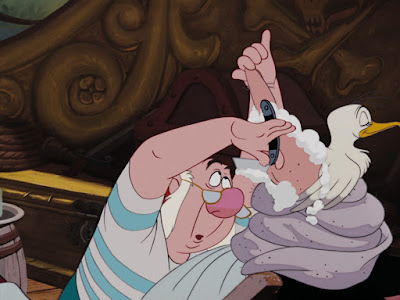 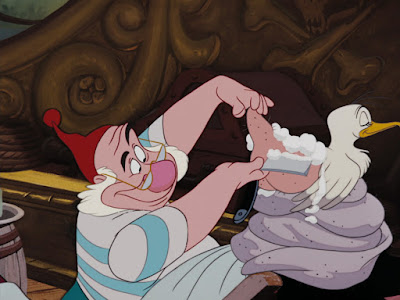 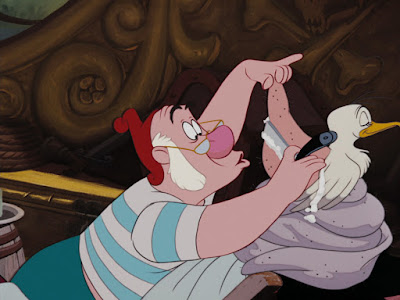 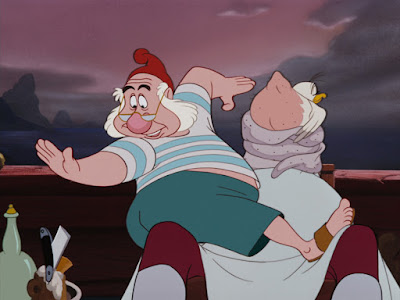 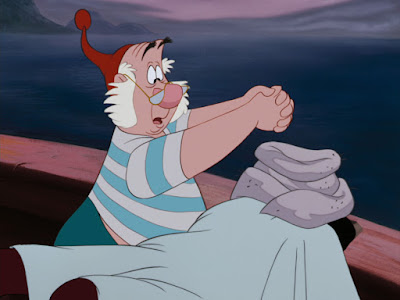 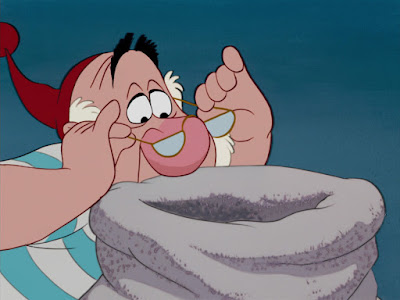 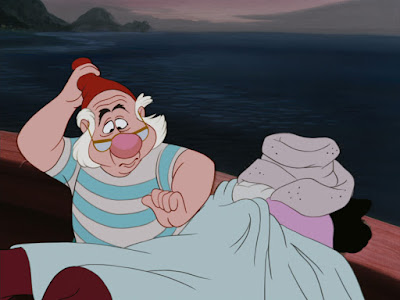