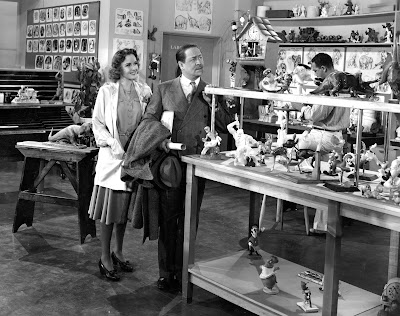 I have always been in awe of Disney's character model department. Joe Grant was the head of this unit during the Golden Age Of Animation.
Not only were rough model sheets produced here, but also three dimensional sculptures to help the animators visualize their characters.
The chosen poses for these maquettes always showed beautiful movement, appeal and expressiveness. The final look in the film might differ a little from these early representations, but what a great source of inspiration for the animation.
The photo above is from the 1941 Disney film The Reluctant Dragon, which includes a tour through Disney's magic animation factory. The guest being shown around is actor/writer Robert Benchley, who is visiting a made up model department.
Every one of these little sculpts is a masterpiece, representing not only the personality of a character, but the essence of Disney, period! 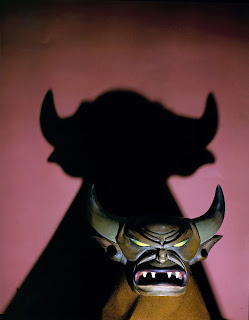 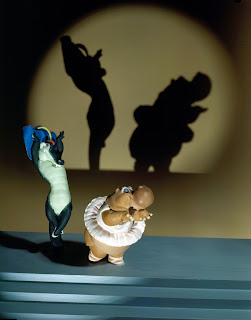 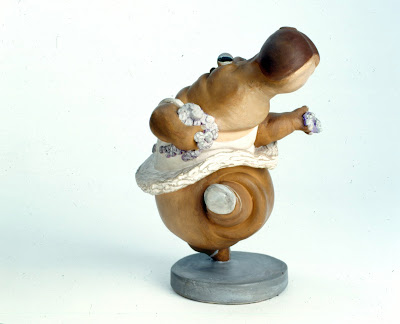 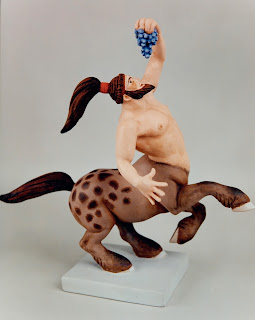 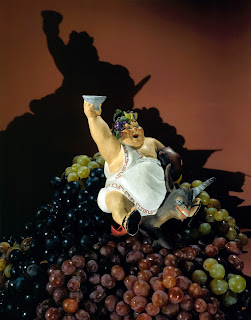 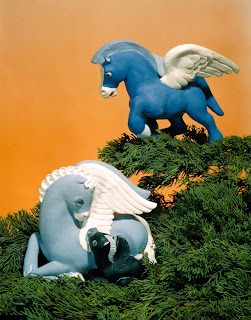 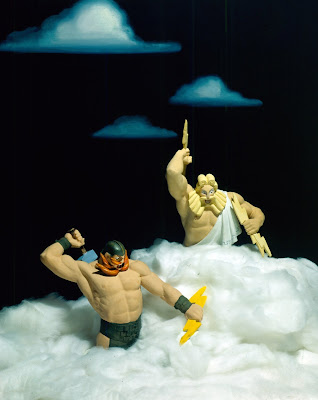