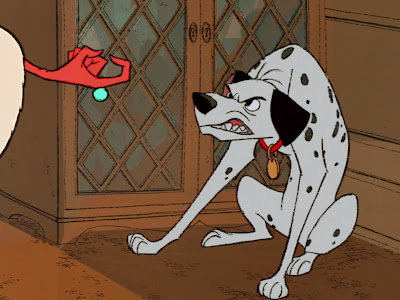 Ollie Johnston animated this scene with Pongo as he growls and backs away from the approaching Cruella De Vil. The following rough drawings explore a pattern of how to get into that final pose, which, as you can see, has been given a lot of thought. There are several versions of it, drawn with different color pencils. I believe that Frank Thomas did these to help out his fellow animator Ollie Johnston.
Frank is not even trying to come up with good looking drawings (even though they are), instead he is interested in Pongo's inner emotions which seem to be saying:
One step closer and I'll bite off your finger! 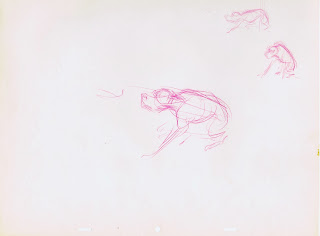 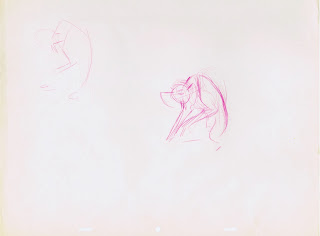 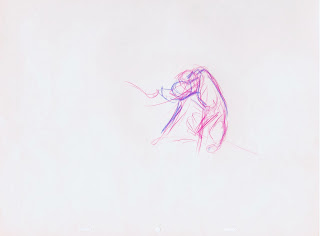 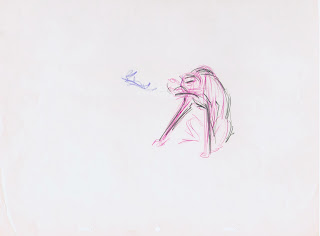 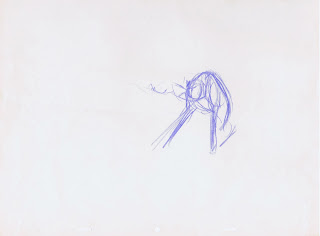 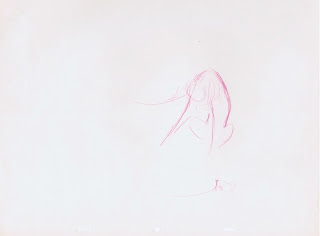 Milt Kahl offered this expression, which shows threat and disgust at the same time.
The drawing is graphically sound and right in line with the shape language of the character's design and the film's style. 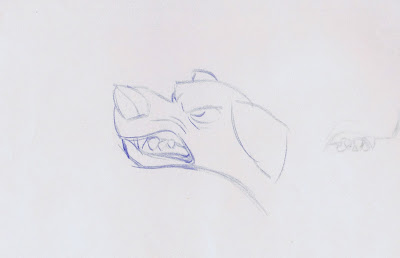 Bill Peet's storyboard of the sequence shows the way he staged the Pongo/Cruella encounter (top row).