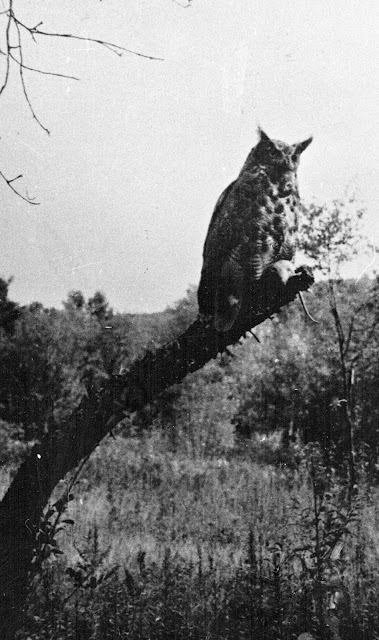 There have been so many owls over the years in Disney animation that I can't list them all in this post. Their personalities range from warm paternal to comedic types. Some of them took on the role of a teacher, educating other characters or the audience on a certain subject matter.

A lot of photographic research went into Bambi, to inspire styles for the environments but also the characters. The picture above is part of that research. Walt sent a couple of cameramen on a seven-month trip through the Katahdin county of Maine state, with instructions to photograph and film as many sceneries and animals as possible.
Beautiful realistic studies were made based on that material, and Joe Grant's department produced  wonderful preliminary model sheets.
It looks like Friend Owl used to be a mom. 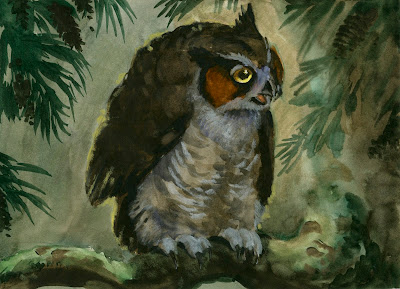 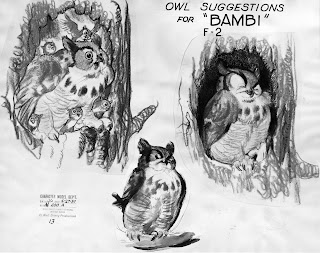 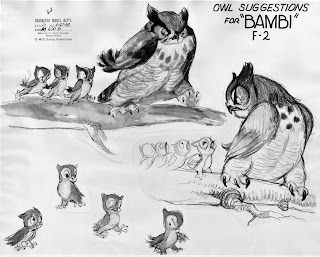 Great owl studies that are starting to show personality. The second sheet is a Marc Davis  story sketch. The animation of Friend Owl was done by Eric Larson and Preston Blair. 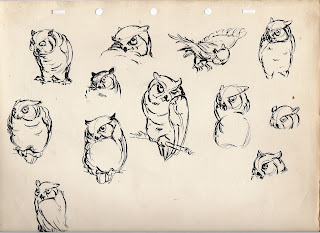 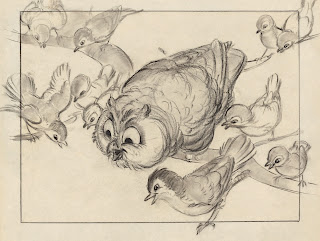 Wise Old Owl appeared in the 1949 animation/live action film So Dear to My Heart.
The storyline might be a bit too corny for some of you, but let me tell you, the animated sequences are worth the purchase of the DVD (which is a beautiful transfer of the film).
Milt Kahl did some outstanding scenes with the owl character lecturing Danny, the black lamb.
Worth studying frame by frame!! 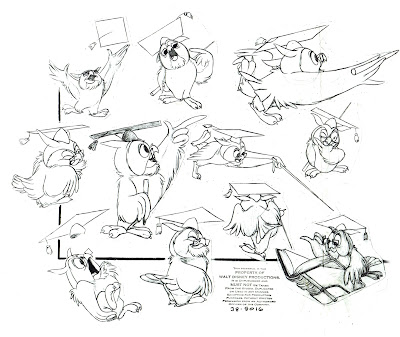 The "Accordion Owl" from Alice in Wonderland. 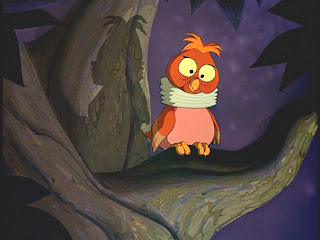 This is Professor Owl from Toot, Whistle, Plunk and Boom, 1953. Milt Kahl didn't animate on the short, but he drew these design poses of the character.
(Previously posted on 365 Days of Ward Kimball)  I actually prefer these proportions over the final version. 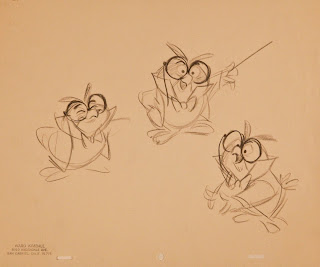 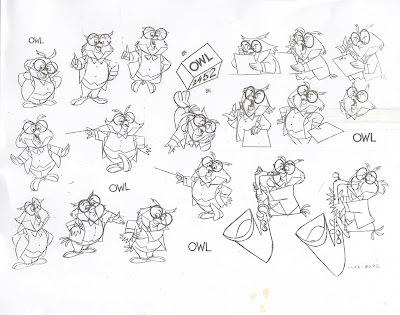 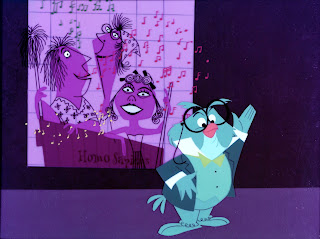 The owl in Sleeping Beauty was designed by Kahl based on rough sketches by Tom Oreb.
By now the owl's appearance is a variation of an older theme. Fantastic stylization though. 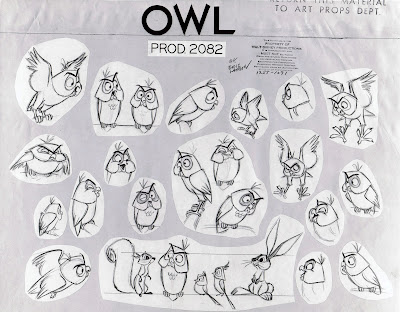 Archimedes was mostly animated by Ollie Johnston, Milt did a few scenes with a more graphic approach, as you can see in his model sheet. 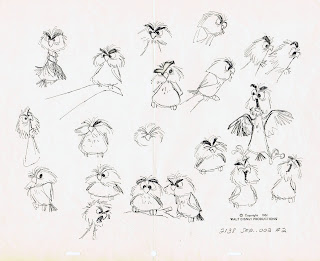 John Lounsbery supervised the animation of Owl for the three Winnie the Pooh featurettes.
By now a very familiar design formula, but Lounsbery brought the character to life with unique character animation as the pseudo-intellectual type. 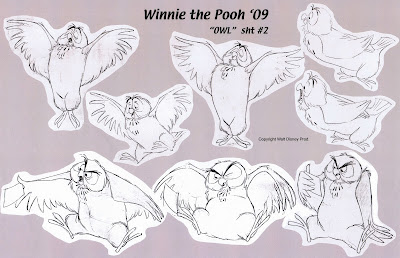 A model sheet by Dale Baer, who animated Owl for Winnie the Pooh's most recent feature. Dale trained under John Lounsbery in the 1970s, so he was perfectly cast on this character. Beautiful job, Dale! 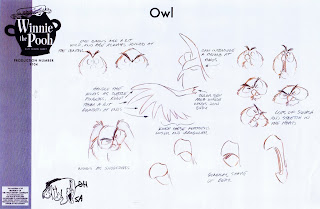 Guess what! I animated one scene with Owl interacting with Tigger in the film. It was so much fun to do, but articulating wings as hands is not as easy as it might seem. 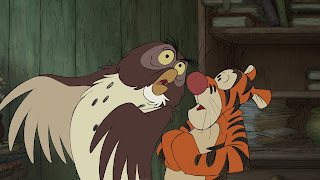