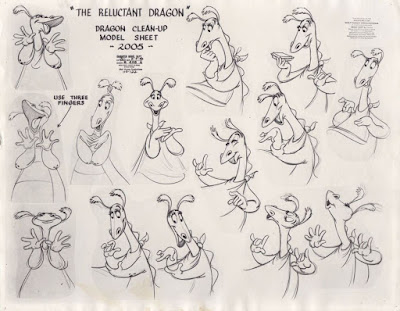 I love The Reluctant Dragon. The animated short as well as the whole "behind the scenes" 1941 feature film. Disney released the movie as bonus material in glorious HD together with the Blu-Ray edition of Ichabod and Mr. Toad, combined with Fun and Fancy Free.
I am sure many of you have seen this "documentary" and you probably spotted a few Disney artists in the drawing class scene, or when Robert Benchley visits Ward Kimball's office together with Fred Moore.
As I understand it, most key personal was part of the live action shoot in one role or another. But not everybody made the final cut, like Marc Davis and Milt Kahl.
It's no surprise that Woolie Reitherman got some screen time, after all he animated the introductory scenes of the Dragon. 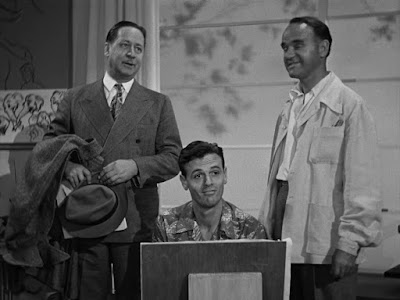 In this animal drawing class you can easily recognize Retta Scott, Jack Kinney, Eric Larson and Ken Anderson in the front. 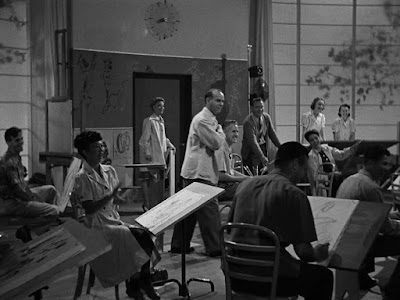 But look here: As the camera follows Benchley walking in front of the commissary you can see Frank Thomas & Ollie Johnston leaning against the wall. 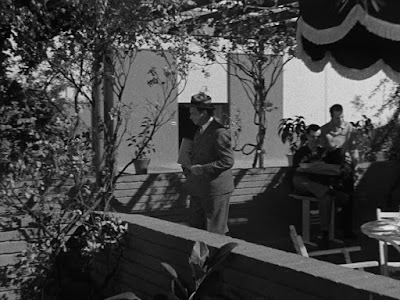 A few seconds later Les Clark shows up in the center of the frame. Geez...those trees in front of the animation building are gigantic today. 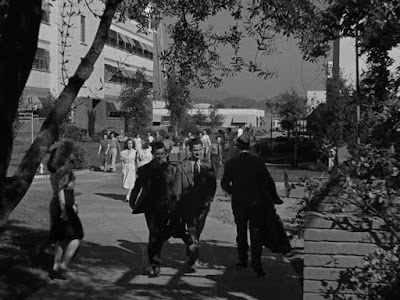 That short poem about a poor little upside down cake is one of the most hilarious moments in Disney Animation. The fact that the Dragon moves himself to tears as he is reciting it makes me laugh out loud each time I watch it. Kimball gold! 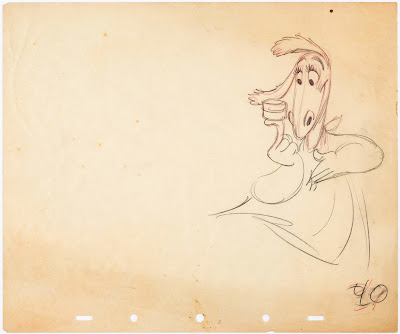