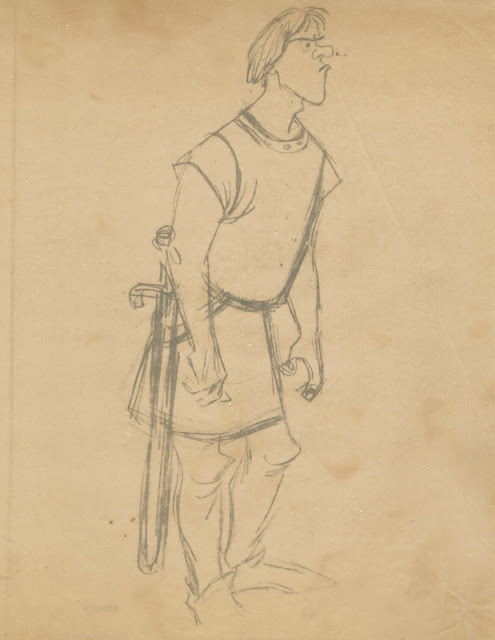 In this scene Kay walks away from Wart at the end of the dishwashing sequence. Wart is defending Merlin's magic, while Sir Ector proclaims that young Hobs instead of Wart is going to be Kay's squire.
Kay adds:"Ah, that'll teach yah tah pop off, yah little pipsqueak!" He lifts up his sword in anticipation of cutting a broomstick in half (during the next scene.)
Look at how Milt has Kay's near foot coming through, as the heel is leading. A Kahl signature piece of movement.
Great rough animation drawings (even though these are copies of copies), before Milt's assistant would clean them up on the same sheet of paper. 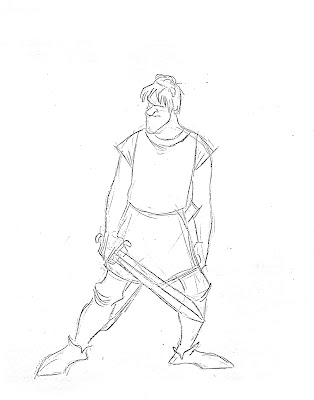 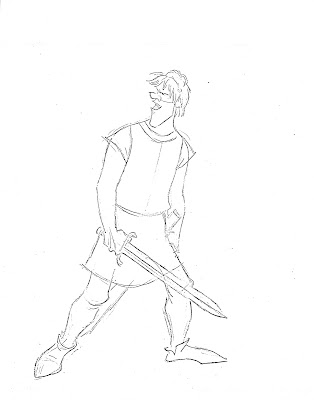 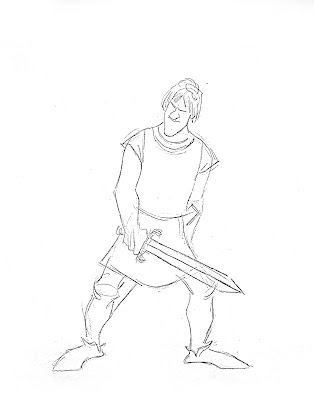 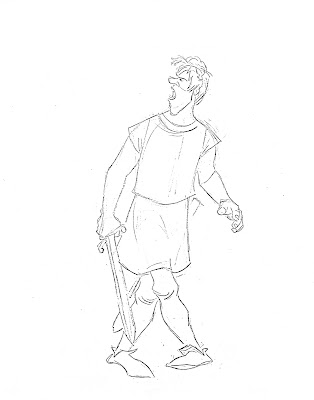 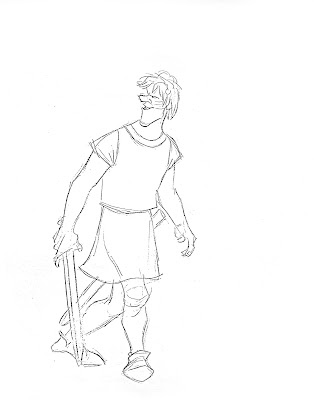 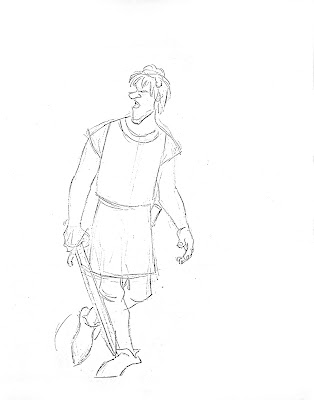 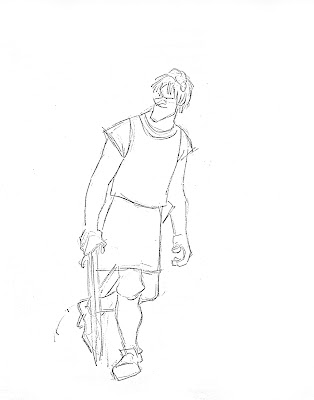 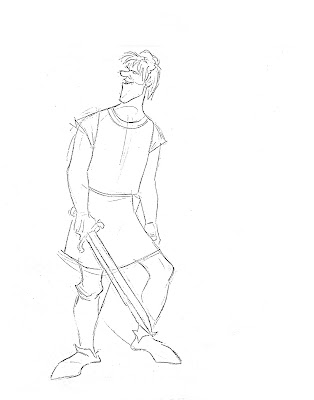 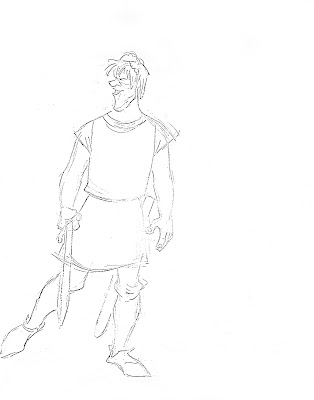 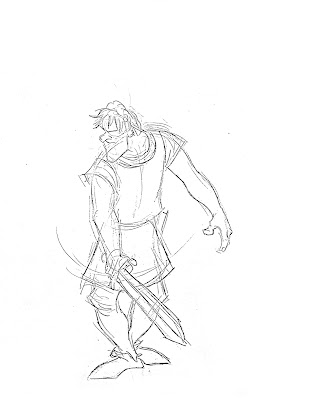 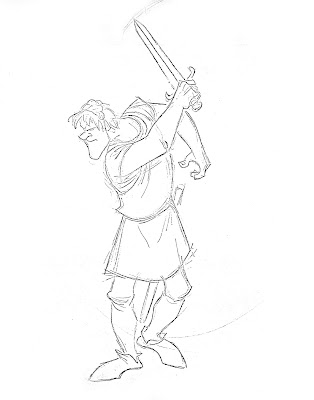