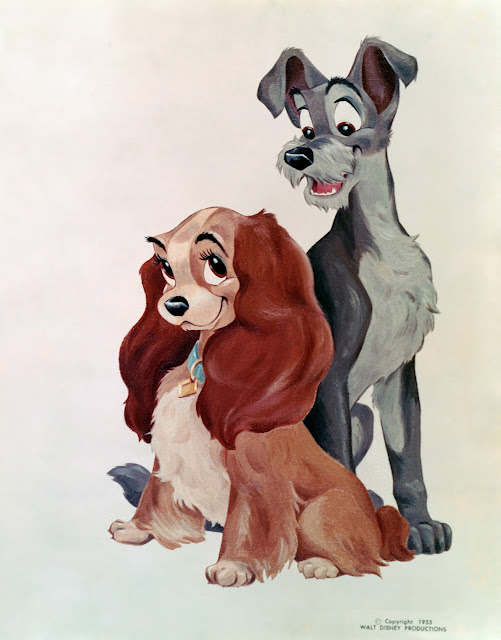 An animation colleague of mine said this about the film Lady & the Tramp: "Oh, it's just a soup opera with dogs. Boy gets girl, boy looses girl, boy gets girl in the end."
Be that as it may, I think the movie's story is compelling and in support of rich characters. I remember listening to a Walt Disney interview, in which he said this about the film: "Lady & the Tramp turned out well. We felt it, we felt the personalities."
Milt Kahl was equally fond of the film: "L & T is a good movie, I did a lot (of animation) in that. Of course the best thing in it is Eric Larson's dog, the one with the Veronica Lake hairdo...I forget her name now."
Publicity illustrations like the one above are a hit and miss, when it comes to Disney advertising art. Fully rendered, painterly versions of the characters can look cheesy when in the hands if the wrong artist. But this one is on model, and the dogs' fur is skillfully rendered. It looks charming.

Frank Thomas roughed out this composition of Lady and Jock, as they react to Tramp's presence. Their emotions couldn't be more different: Jock is annoyed with the intruder, while Lady is still reflecting on the way she was treated by Mrs Darling.
On the surface this is a very sketchy drawing, but it is very clear nonetheless. Frank's feelings on paper. 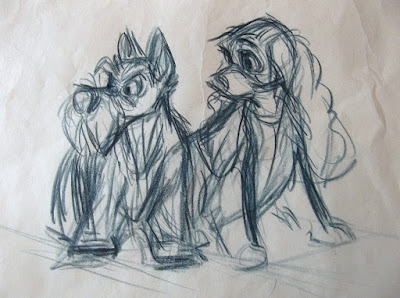 This cel represents an early version of Lady's facial appearance. Her eyes are surrounded by a lightly painted area, which was dropped for the final version. (I do recall seeing this scene as a stand out in a screening of the film way back.) 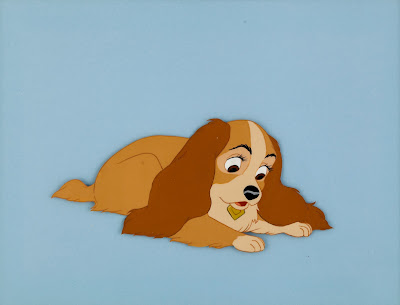 The corrected version as seen in most prints of the film. 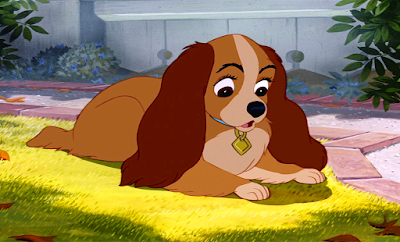 Milt Kahl took "realistic" squash and stretch to a whole new level when he animated dialogue scenes with Trusty. His huge muzzle gave Milt the opportunity to exaggerate follow through motion as well.
You can tell, he had a ball animating this character. 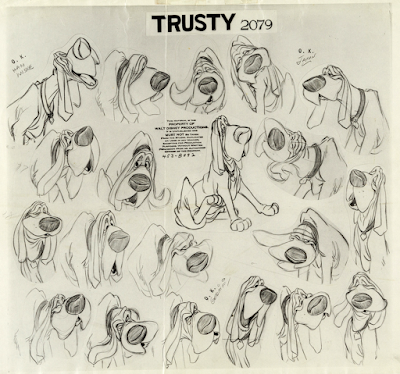 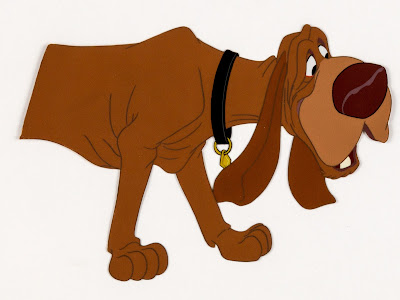 Joe Grant came up with this intriguing sketch, depicting Lady and the film's evil cats Si and Am. 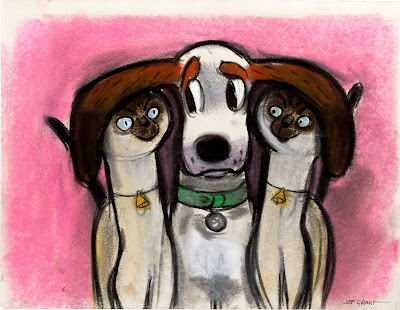 These cats presented a real design/animation problem. Ward Kimball started animation, but the footage turned out too zany for the film's style. Milt Kahl reset the felines' design, and animators like John Sibley, Bill Justice and Bob Carlson took care of the final animation. 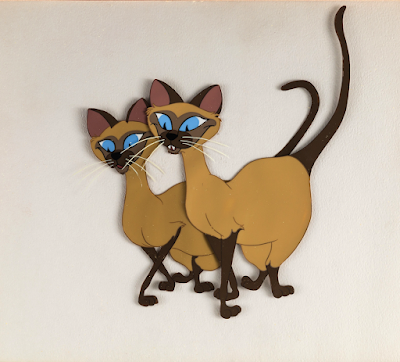 A clean up model sheet of Peg (whose name escaped Milt), comprised of drawings by then clean up artist Burny Mattinson. 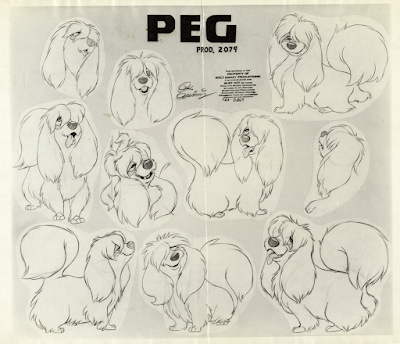 Animator  Ed Aardal had his hands full animating this action scene toward the end of he film. Realistic horses freaking out, beautifully executed. 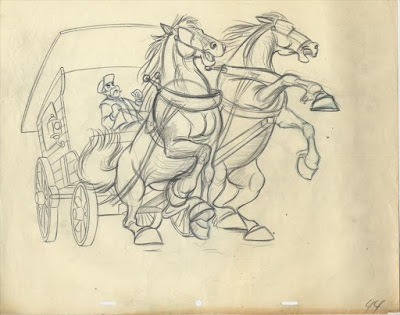 A color study for the romantic sequence by Eyvind Earle.

And a gorgeous background from the opening sequence, I believe painted by Claude Coats.
Movies like Lady & the Tamp seem to age beautifully, there is a degree of love and dedication missing from today's animated output.