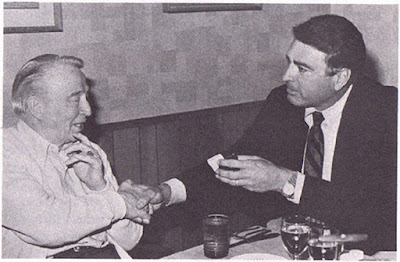 It looks like Eric Larson is being handed what might be a ring from Disney Studio Chief Ron Miller to celebrate an anniversary during Eric's long career as an animator and teacher.
His first feature assignment on a feature film were those very labor intense scenes showing often large animal groups in Snow White.
It is interesting to see that in this drawing all animals are on the same sheet of paper. This means that none of the critters ever came to a stop (which would require a separate sheet to show them in a held position). But doing it like this certainly made it easier to orchestrate the overall motion of the group. 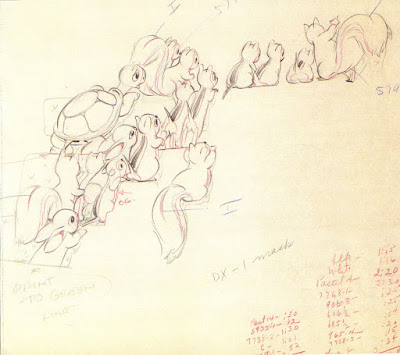 Scenes like this one -based on live action- needed to be scrutinized very carefully, or your characters would float on the screen. Look at how many times Eric altered the follow through on Cinderella's dress. 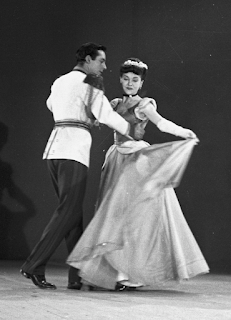 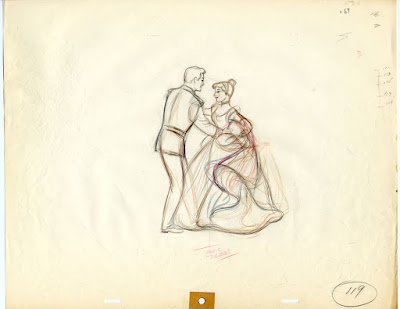 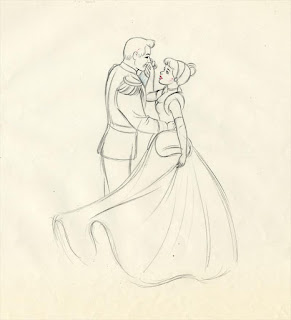 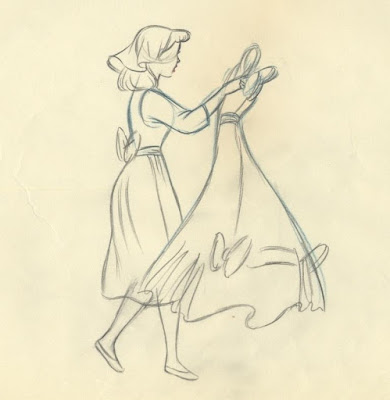 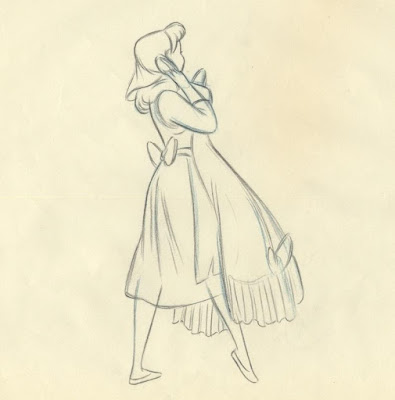 From one of my favorite sequences, Cinderella is pleading with the Stepmother, who is firing off orders and insults from her bed. 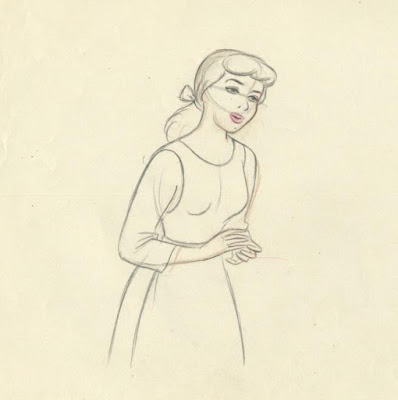 Eric animated many scenes during the opening sequence from Alice in Wonderland. 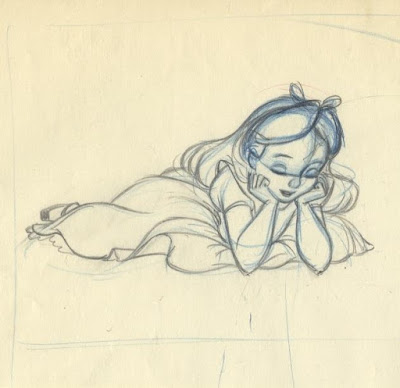 A couple of key drawings from a Peter Pan scene, in which Milt Kahl probably had a hand in as far as drawing the character on model. 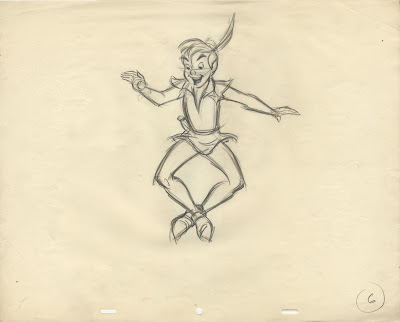 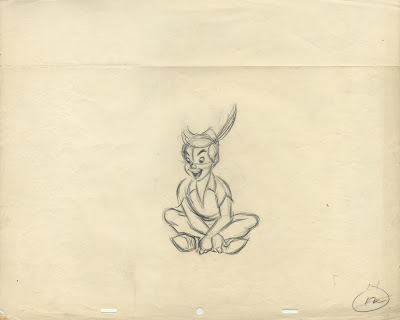 This still is a publicity set up, but Eric did animate the complicated multiplane scenes featuring Peter Pan and The Darling children as they fly over London toward Neverland. 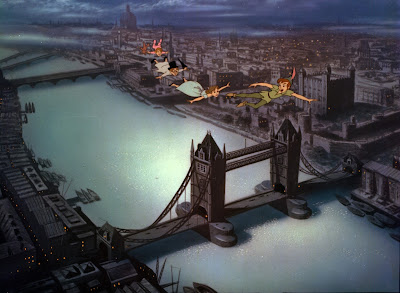 Peg became one of Eric's signature characters. A flawless performance in the Dog Pound sequence! 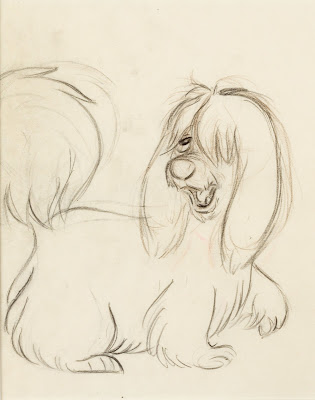