How Does a Dalmatian Gulp? 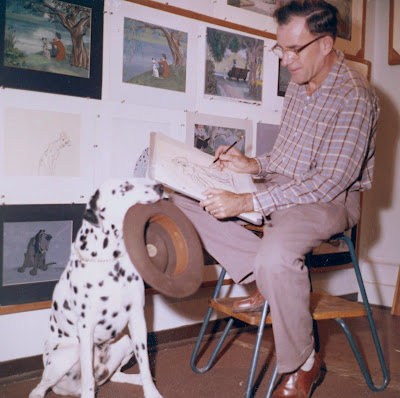 That's the question Frank Thomas asked himself when he analyzed certain expressions for a scene with Pongo.
The following drawings are pre-animation exploratory sketches. As usual Frank researched every aspect of the scene in detail.
The acting called for something that dogs don't do, a gulp. Pongo is gathering some courage here, he has spotted Perdita in the park. Now he is determined to meet her and also have Roger meet Anita.
Putting such a subtle human gesture on to a dog's face is not an easy task.
But this is the kind of acting Frank excels at, and the end result is completely believable as well as entertaining. 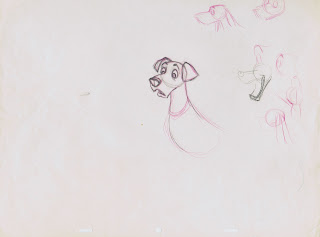 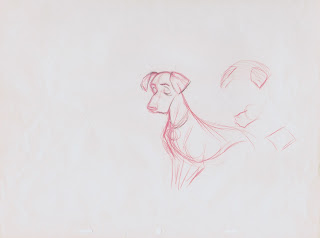 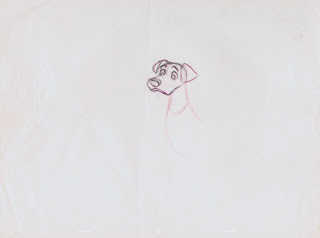 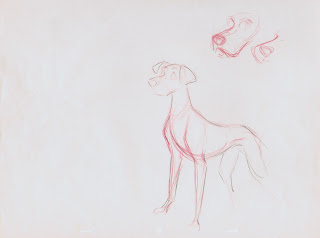 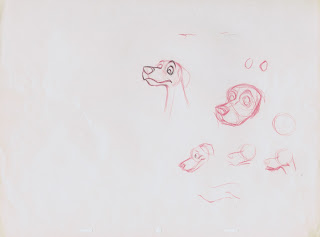 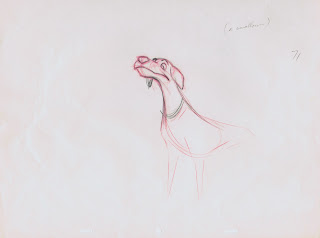 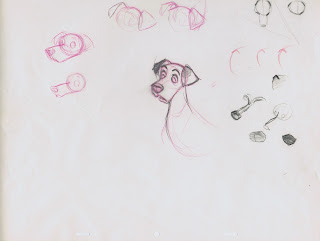