The Sound of Disney in Frankfurt 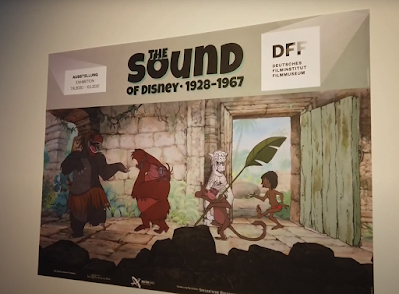 Even though the title is in English, this remarkable exhibition took place in Frankfurt/Germany. And it's not over yet. After the current lockdown in Germany is lifted, visitors will be able to enjoy a visit to the DFF (German film museum and institute) for a few more weeks to view absolutely amazing original Disney art. With social distancing and masks of course.

The presented animation art comes from private lenders, but a lot of it originates from the Munich City Museum (Münchner Stadtmuseum.) Way back when Disney's Sleeping Beauty opened, several Disney exhibitions toured the world to promote not only the film but also Disney's history of animation. The European exhibit finished in Munich, and Walt just donated the art wherever it ended up. The Asian tour -with different art- ended in Tokyo at a university. A few years ago the Disney Company made a deal with this university to purchase the art back.

This exhibition warms my heart as it chronicles the unusual relationship between Germany and Disney animated films. From early posters announcing Micky Maus (before WWII) to Germany's most visited film of all time The Jungle Book.

Look at these storyboard panels for The Skeleton Dance, most likely by Ub Iwerks. Amazing! 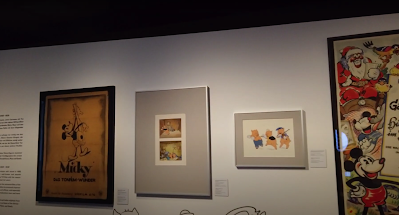 Never before seen story boards from Sleeping Beauty, my guess by Joe Rinaldi. 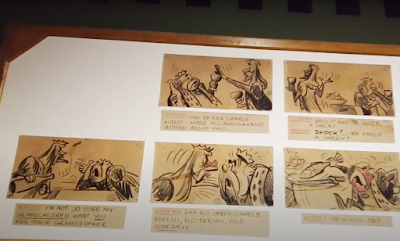 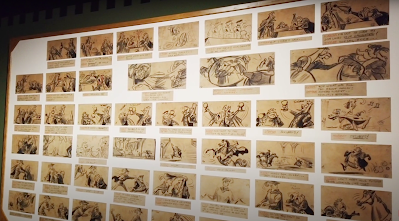 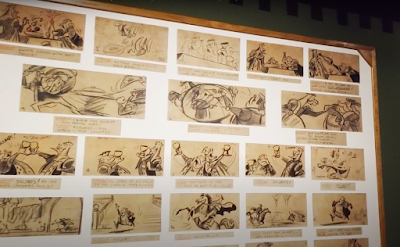 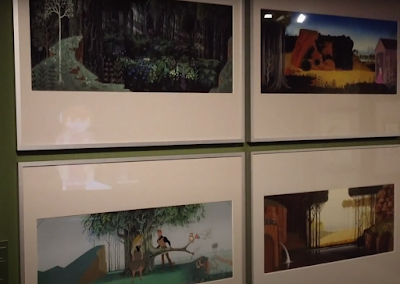 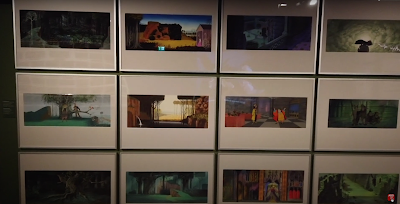 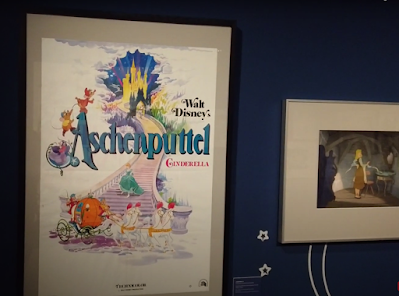 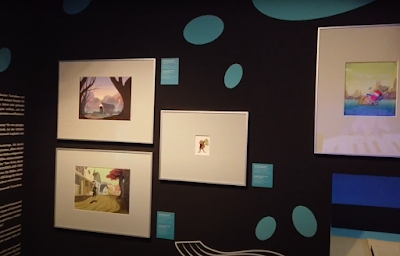 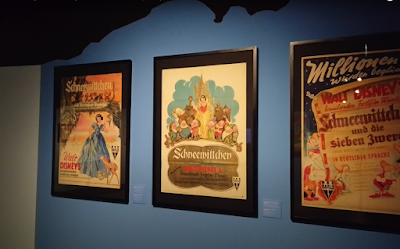 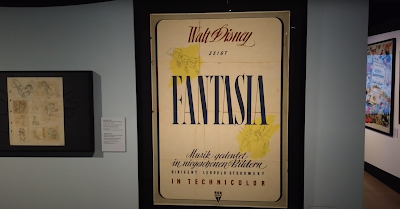 The German announcement for the Disney exhibition. 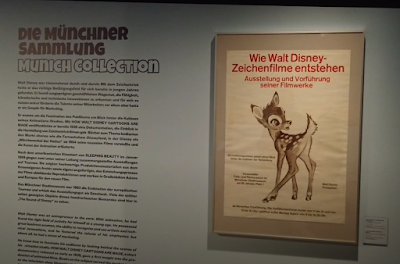 I used frame grabs from a Youtube video filmed by these two Disney fans. Her name is Dörthe, not sure about his name. 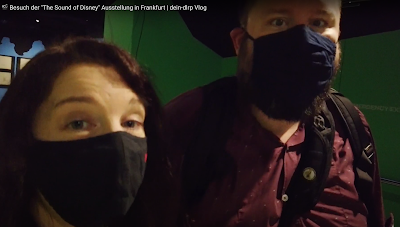 The Frankfurt Film Museum asked me to answer 22 questions about my career at Disney (in German). Here is the link:
https://www.dff.film/disney-digital-01/