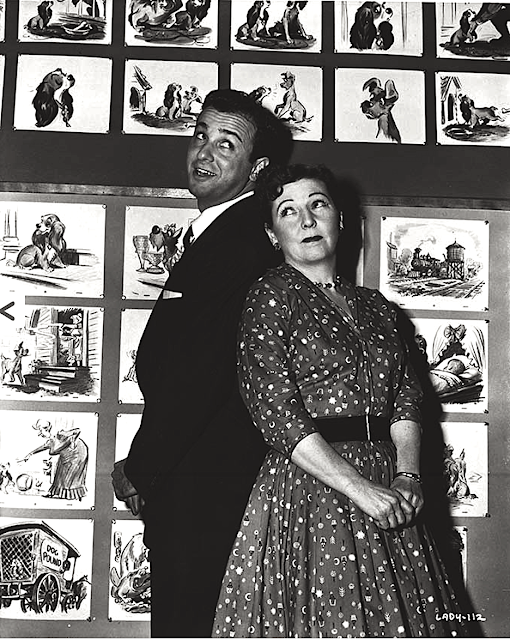 Actors Barbara Luddy and Larry Roberts pose in front of storyboards drawn by Joe Rinaldi. They voiced the title characters in Disney's 1955 CinemaScope film Lady and the Tramp.
Roberts was famous during the 1950s for his TV roles and his performances as a stand-up comic.
Luddy would later provide voices for Disney, including Merryweather in Sleeping Beauty, Kanga in the Winnie the Pooh films and the Church Mouse in Robin Hood.

Singer Peggy Lee had a major influence on the film. She wrote songs and was the voice of Darling, both Siamese Cats and of course the showgirl dog Peg. 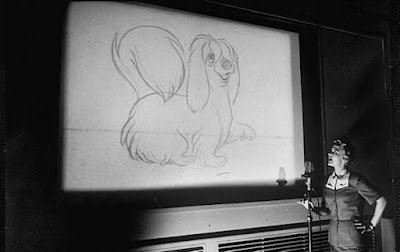 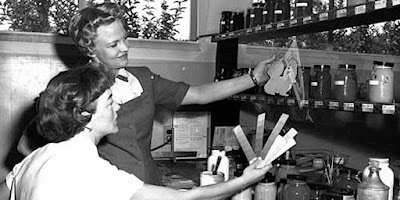 A still from a TV program in which Lee explains how she recorded both voices for Si and Am.
That's song co-writer Sonny Burke next to her. 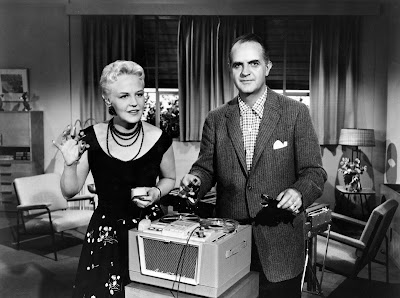 A couple of story sketches from the romance sequence. 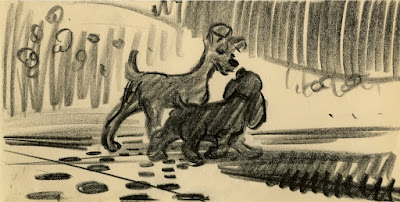 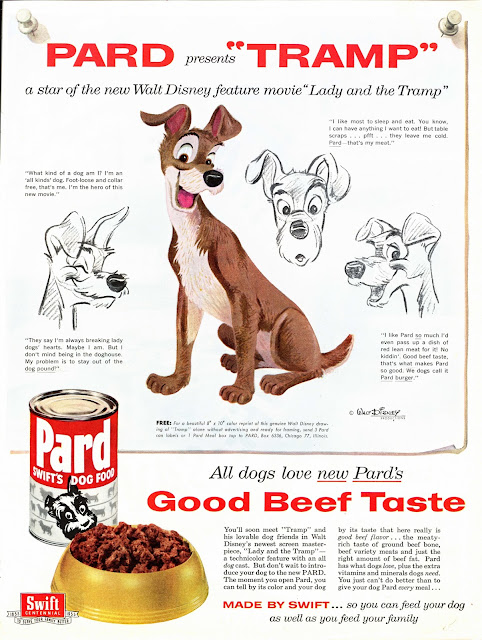