More art from Pinocchio that explains why many people regard this film as the best animated feature ever made.
The thoughtful planing for each scene is evident in Gustaf Tenggren's layout painting from the film's opening. A stunning piece of art that suggests mood, color and camera mechanics. Tenggren also did this village study based on architecture from the Southern German town of Rothenburg. 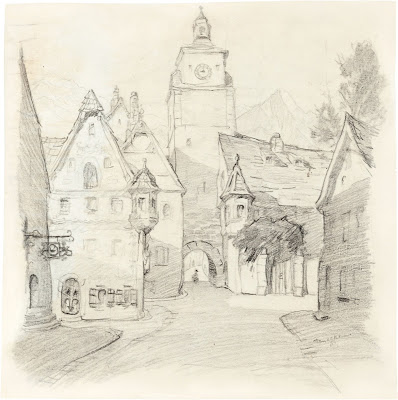 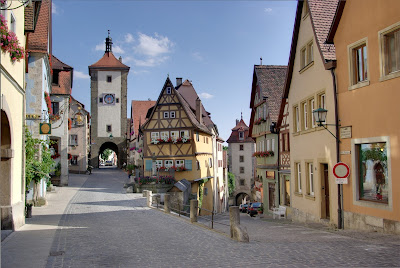 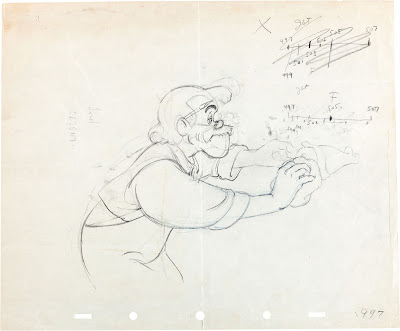 A rough key and in-between drawing from another Babbitt production scene. Staging and acting are all there, but clean up artists had their hands full when adding detail and solid volumes.

A great cel with two of the film'a villains (Pinocchio has more villains than any other film that I can recall). This might be a color model cel, there is no dry-brush on the characters' cheek hair. 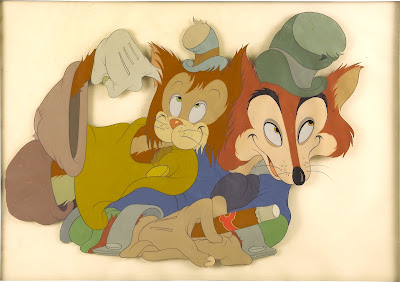 An early version of Lampwick, before Fred Moore got his hands on the character. 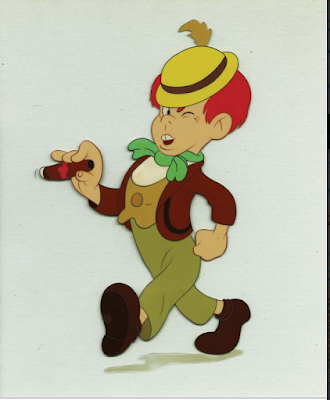 Story sketches suggested inspired staging and motion, and the animators took full advantage of this material. 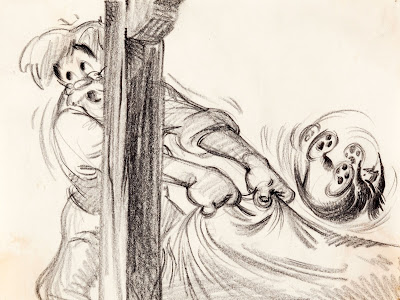 A clean up drawing from a Bill Tytla scene. You can tell how much the animator internalized the character's emotions by the choice of facial expressions like the one here. This artist is totally expressing himself. 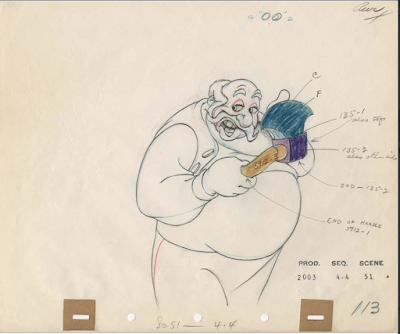 Production cels and backgrounds show an enormous amount of artistic integrity and passion for the art form. 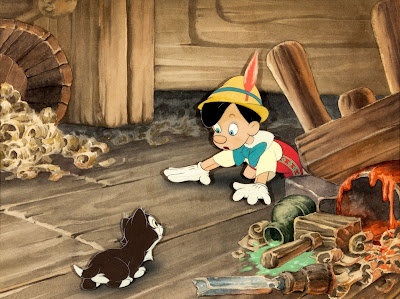 
Don't miss out on the once in a lifetime Pinocchio exhibition still running at the spectacular Walt Disney Family Museum: