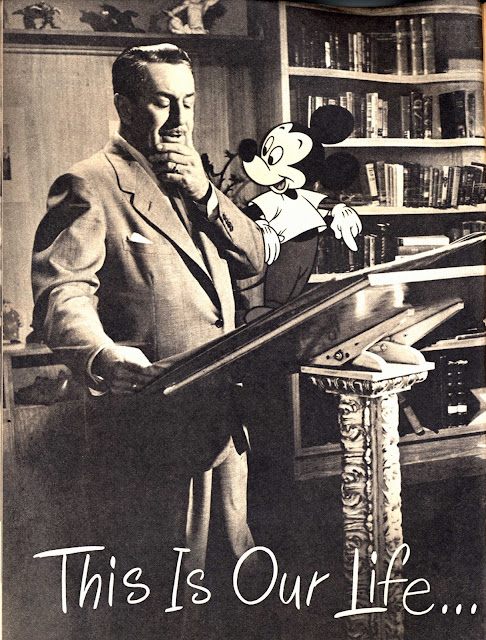 I didn't grow up in the US, where millions of kids grew up with Walt Disney's regular TV shows.
Walt was still alive when I was a young kid in Germany, and I remember vividly watching him on very rare occasions during German Disney TV programs. Of course Walt spoke German fluently, thanks to his dubbing voice, actor Friedrich Schoenfelder.
Naturally I was particularly fascinated when the show's content was about animation. The world's master magician telling the audience about past achievement or what he was planing to do next.
Nirwana!

Here is a magazine article featuring Walt's history with Mickey as shown on TV. 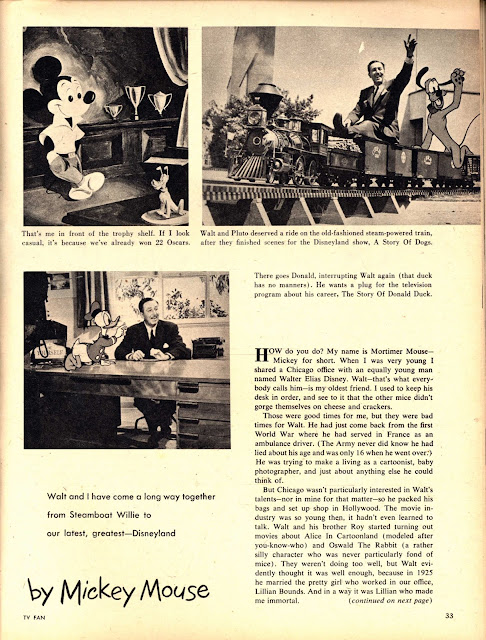 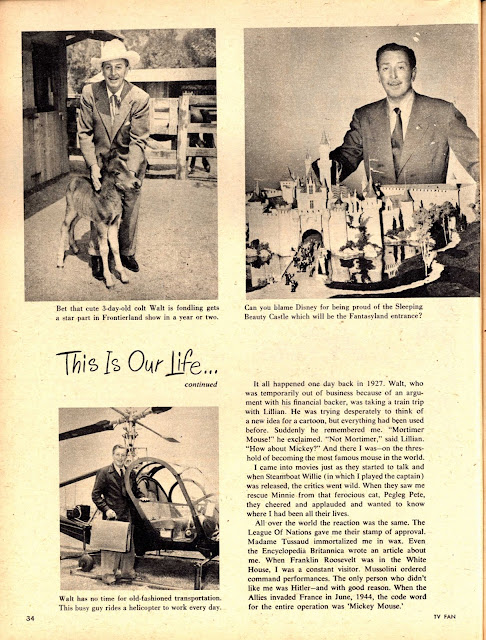 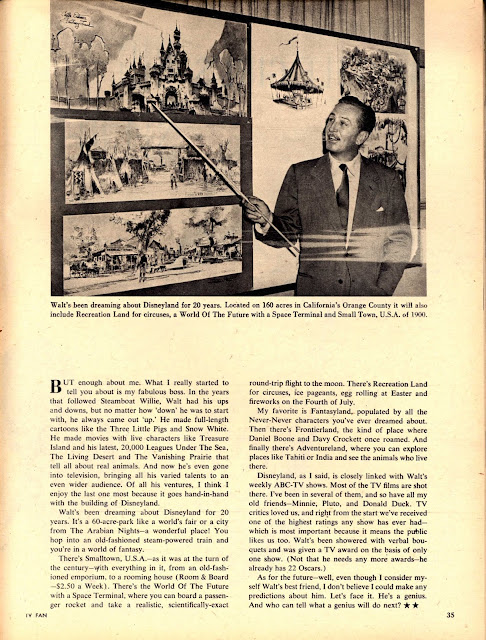 The ultimate program for me was when Disney artists were introduced as they worked on various animated feature films. Here is Milt Kahl animating the introductory scene of Tramp From Lady & the Tramp. 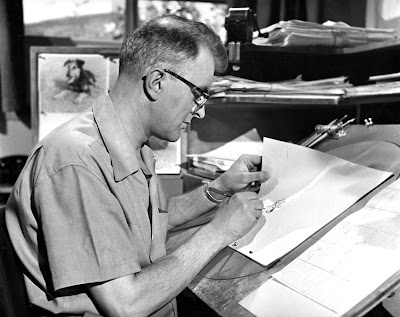 In this TV episode Disney animators study human movement in preparation for Sleeping Beauty.
The model is Helene Stanley, the animators are Marc Davis, John Lounsbery and Milt Kahl. 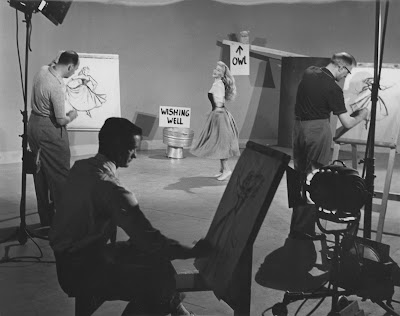 Ollie Johnston is getting ready for his close up in a mock office, put together on one of the Disney sound stages. The filmed segment starts out with Ollie animating Merryweather and leads to the topic of model trains, a hobby he shared with Walt. See framed photo on top of his desk. 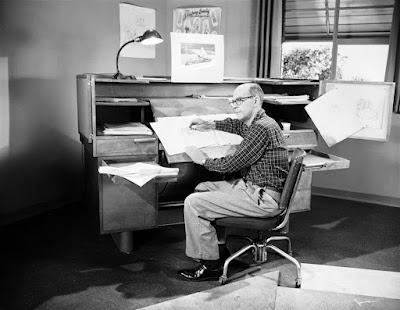