In the previous scene Anita gently ridicules Roger's musical talent. "What clever lyrics!"
Roger: "Melody first my dear, and (then the lyrics)."
Milt Kahl is in full command of the human figure here. This allows him to play with the design of each drawing. Roger's neck would look way too long, but with his shirt's collar taking up much room, it looks perfect.
What an awesome arrangement of shapes. Flat and dimensional at the same time.
And of course Milt masters the most tricky head angles, look at # 27 through 35.

The one thing I can't tell is wether any live action was used for this scene. On Roger and Anita Milt used live action reference for many scenes, but he also avoided it when he didn't like it. 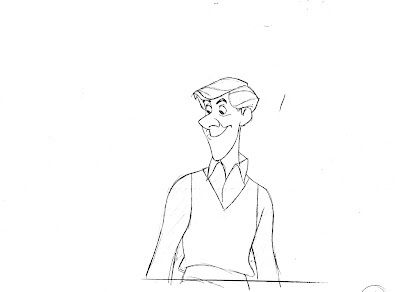 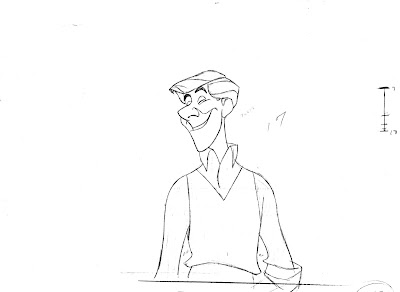 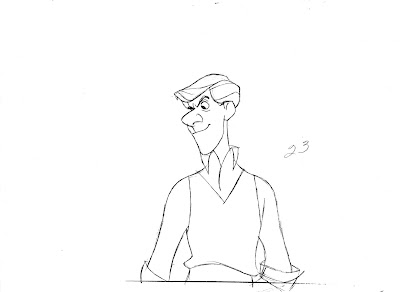 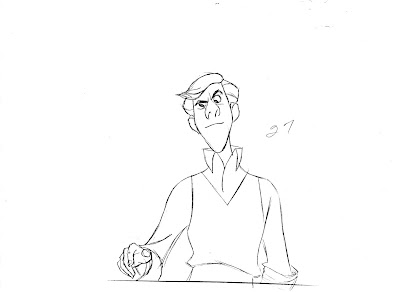 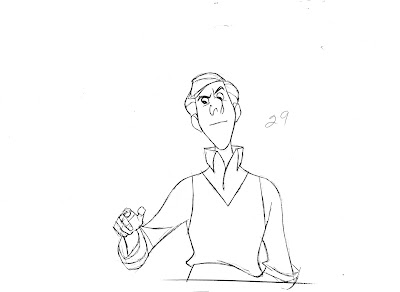 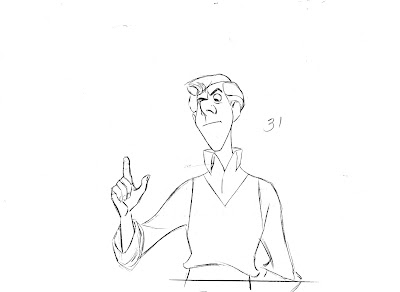 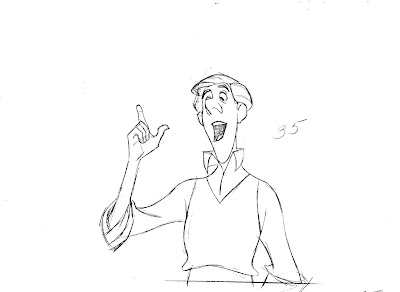 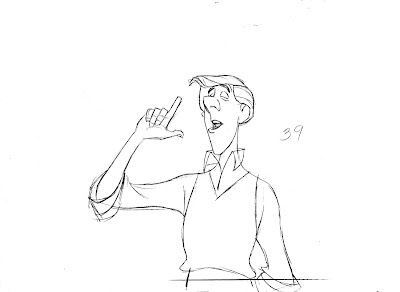 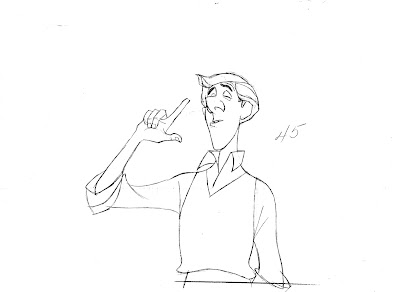 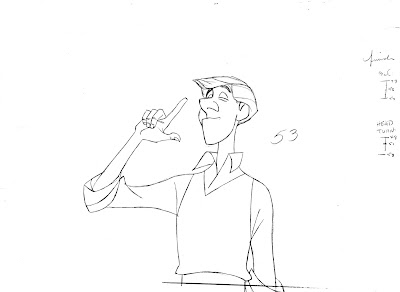 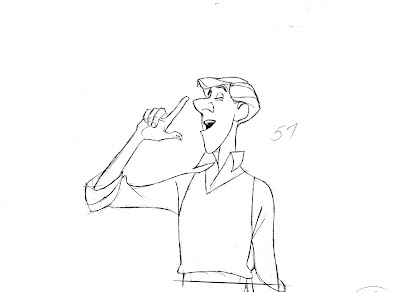 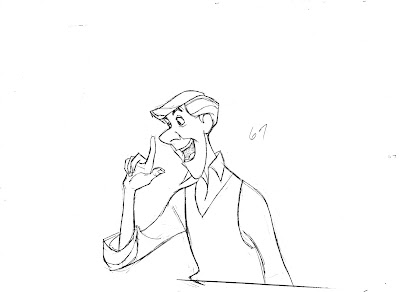 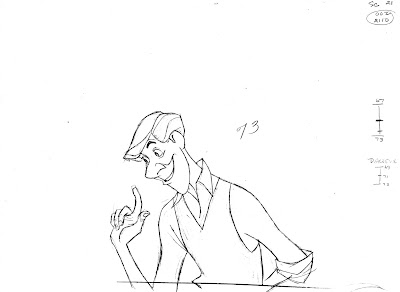