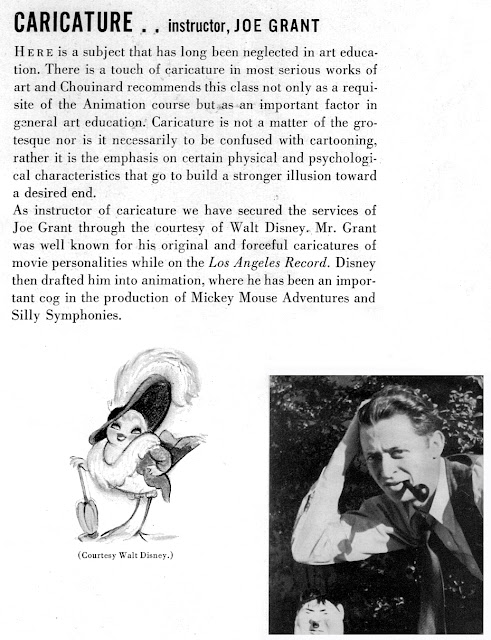 Joe Grant was one of a kind. I am pinching myself when I think about all those years working with him on various Disney films.
Many of you know know that Joe had a Disney career twice. First from the early 1930s to the mid 1940s, and then again from 1989 until his passing in 2005 at the age of 96.
His quirky sense of humor is evident in his 'Idea" sketches. He would do a series of those, and a new film sequence was born. Or a complete short film.
Joe didn't mind answering our questions about the Golden Age at Disney, but he rather preferred to discuss the present and the future of animation. He watched almost every animated programing from The Simpsons to SpongeBob. Joe was a student of fine art, some of his favorite "cartoonists" were Kley and Sullivant.
I will never forget right after Joe returned to Disney for a second run, Frank Thomas phoned him and asked: " Why on earth are you back at the studio ?"
Joe replied:"Why aren't you?" 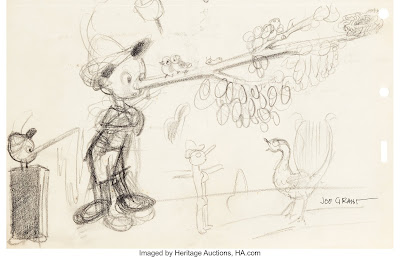 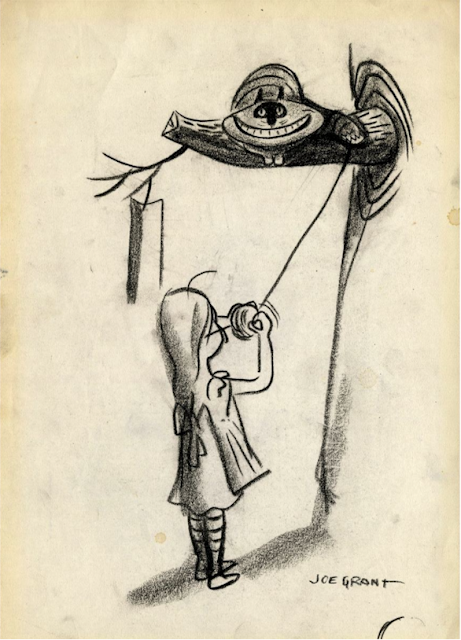 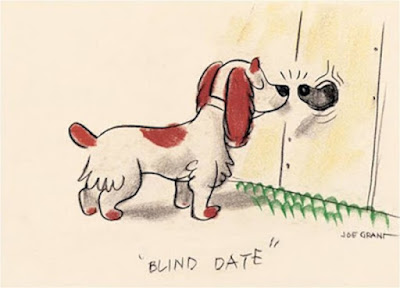 The brilliant short film Lorenzo was Joe's idea. His sketches are on the left, director Mike Gabriel's
designs on the right. 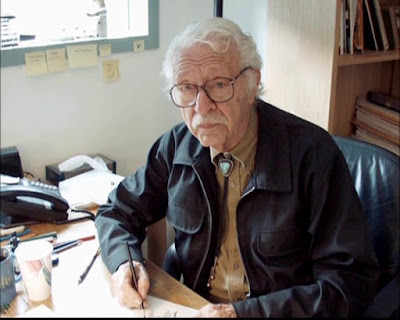 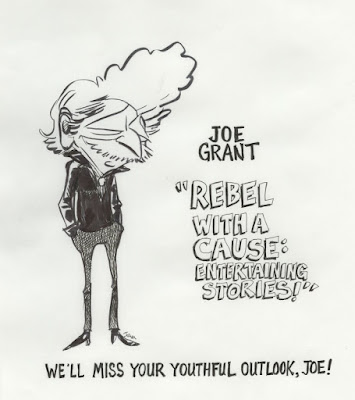 A brilliant caricature by John Musker. Man, would I love to animate this design.
Oops, I just had an idea for another short film!