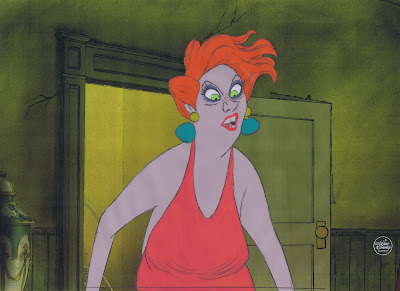 When Milt Kahl was asked in an interview if he had a favorite character he animated, his response was: "Oh I enjoyed a few, I just loved doing Madame Mim,
Shere Khan was a lot of fun, and so were the butler and old lawyer in 'Aristocats'.
But I guess I enjoyed Medusa more than any one of them."
And it shows. His last animation assignment at Disney -just like Marc Davis's- was a tour de force of character acting. It has a "I'm going to give it all" feel to it.
Marc told me that Milt promised him, Medusa will "wipe his Cruella off the screen".
Then he added with a chuckle: "Of course that didn't happen".
So there was definitely a friendly competition going on between these two great animators and their characters. Milt sort of designed Medusa's features opposite from Cruella's.
Cruella  has a small nose, Medusa's is longer. Cruella's hair parts in the middle, Medusa's off to one side. Cruella has a pointy jaw, Medusa is almost chin less etc.
I have to admit, when I first saw Medusa in "The Rescuers" in a London theater,
I couldn't believe my eyes. So much inventiveness in her drawing and motion.
How on earth can you show an animated character removing her make up?
Wasn't that something only a live actress could pull off...but in animation? Incredible!
I have spent way too much time studying this character, on the other hand I think I got a lot out of it. Dialogue, graphic but dimensional drawing and just being gutsy in general.
These first few felt pen drawings are design studies, done before Milt started animation. They don't differ that much from the final look of Medusa. 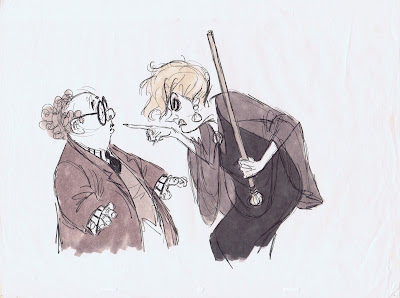 These thumbnail sketches show Milt's brain at work, trying to figure out the best way for Medusa to put on her coat. Wonderful stuff! 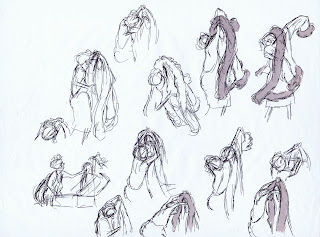 A lot of these pencil roughs were drawings that Milt threw away, because he changed his mind about the drawing or the acting pattern.
But again, they show his thought process beautifully. 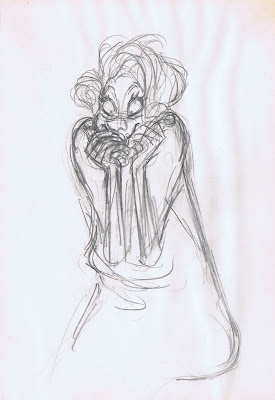 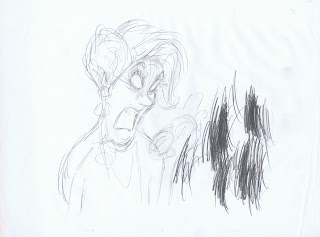 What a fantastic pose!!  Unfortunately Medusa moves right through it, so you barely register it. It would have been nice to see it for four or six frames longer, before she rises up with the suitcase. 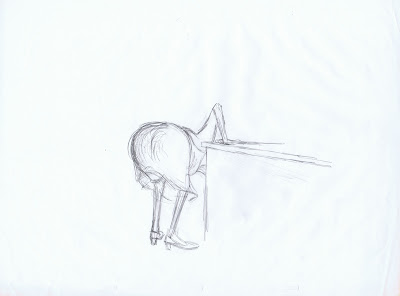 You just feel the physical pressure when Medusa tries to close the suitcase. Lipstick half wiped off. What a great graphic statement! 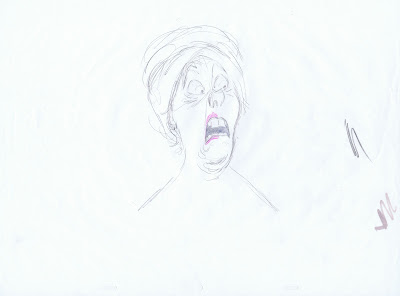 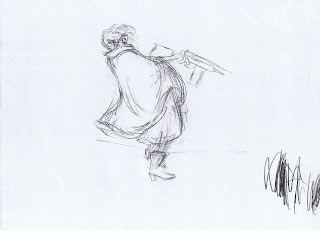 Here are a few very loose roughs for the scene where Medusa uses a chair as a prop when approaching her dressing table. These are so full of character, and done without the help of live action reference. Takes your breath away! 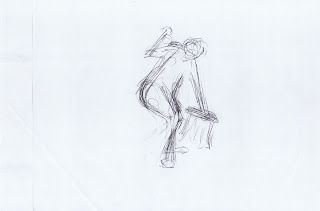 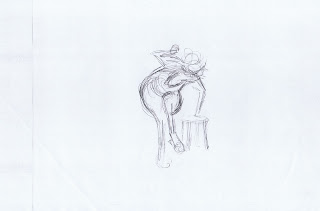 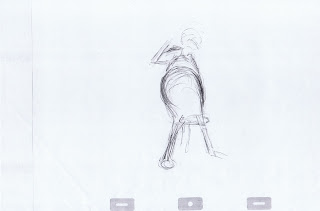 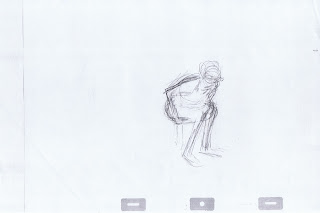 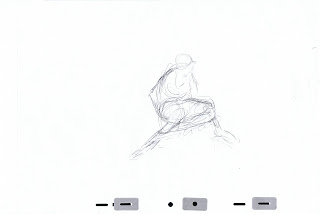 Here are the final key drawings for that scene. 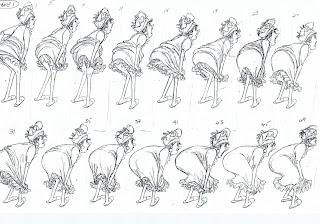 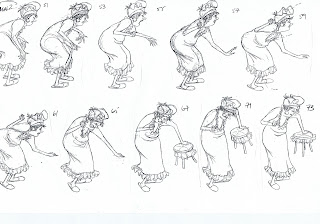 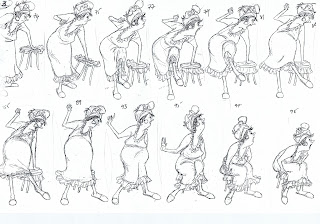 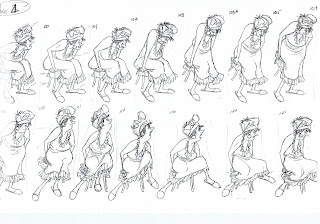 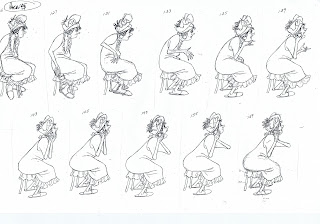 Medusa might not benefit from the kind of rich story material that Cruella had,
but she sure steels every scene she is in. A true animated masterpiece!
Posted by Andreas Deja at 11:29 PM 41 comments: