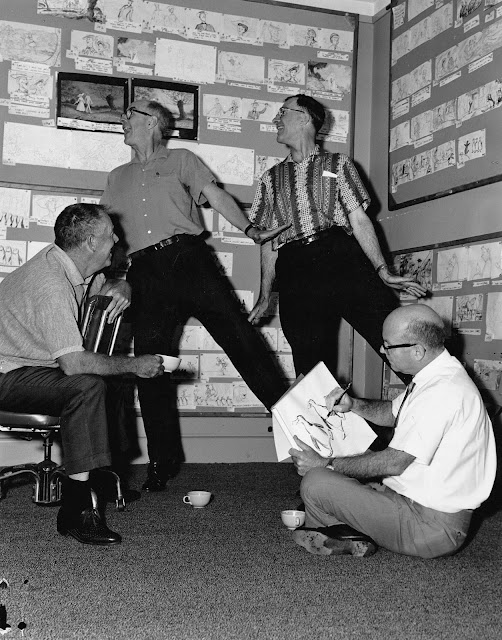 After having seen the fabulous film "Saving Mr. Banks" I feel inclined to do a post on Mary Poppins' penguins. They were animated by Frank Thomas and Ollie Johnston, Ollie did most of the introductory scenes, and Frank did the famous dance with Dick Van Dyke.
The photo shows the two animators acting as penguins in front of animation director Ham Luske ( who was a fantastic animator in the early days of Disney) and animation art director McLaren Stewart.
Milt Kahl helped to design these characters based on story sketches. As usual his drawings show very pleasing shapes and forms. He also deals with foreshortening issues, like the difficult facial front view.
Milt didn't do any animation with the penguins, he instead focused on the terrific fox during the hunting sequence. More on that in this previous post: 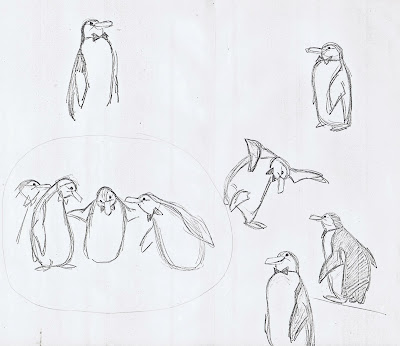 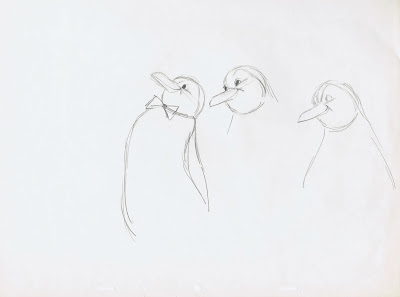 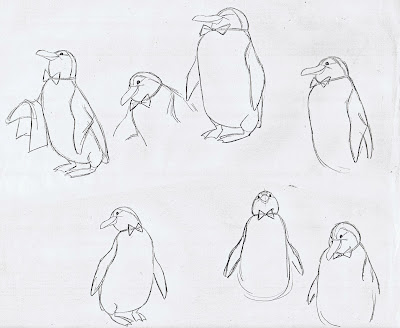 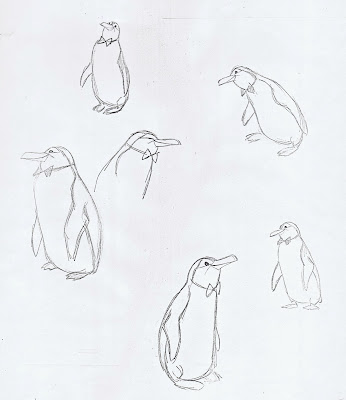 Frank Thomas knew he needed to dig a little deeper as far as animatable penguin anatomy and range of motion. He also found beautiful graphic solutions for how the wings are attached to the body. Great observation of real penguin behavior! Just wonderful stuff!! 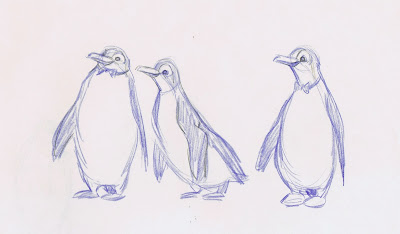 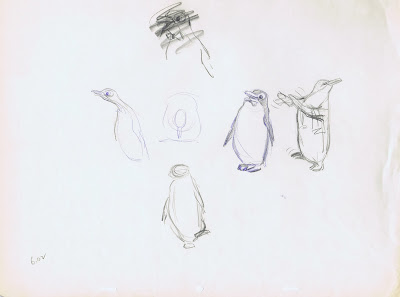 What a great way to squash and stretch a penguin's upper body in the small doodle on the right. 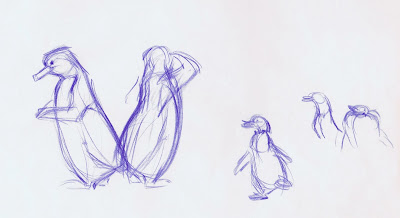 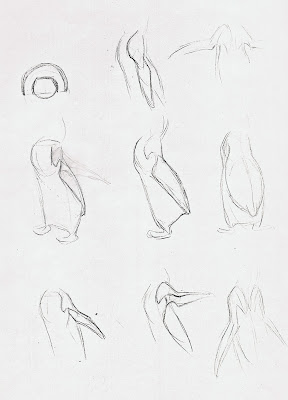 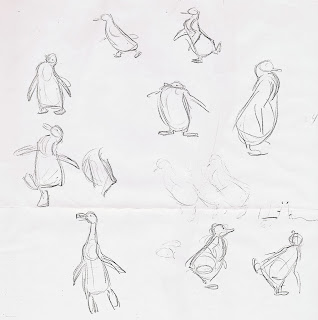 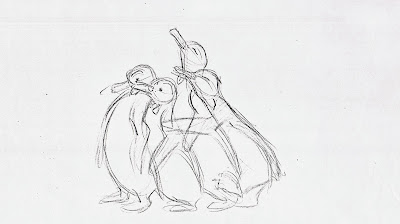 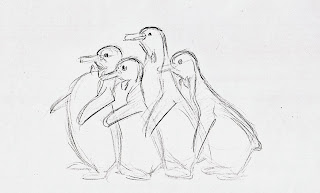