A Little Man with an Egg Head 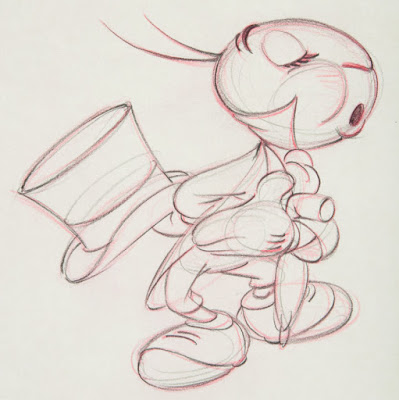 That's what Ward Kimball once called his early creation of Jiminy Cricket from the film Pinocchio.
He also said that the only reason we know he is a cricket is because we call him that. No resemblance to the actual insect whatsoever.
What gets me, when I look at the clean up drawing above, is the lack of any straight lines. It's all curves. As you might know, straight lines add strength while curved lines give you rhythm. Usually you see a balance of both in a solid drawing, but in this case curves alone define this dimensional pose of Jiminy.
Kimball's model sheet below blows me away. Look at the insane range of expressions he got out of this egg shape. Incredible, and so appealing! 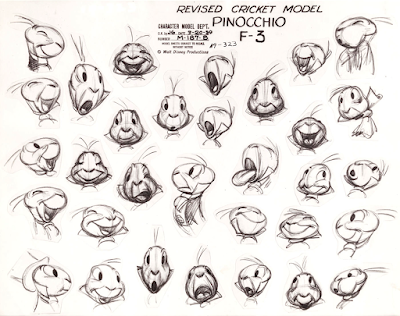 I believe these earlier design sketches are Kimball's as well. Here he looks a little bit more like an insect.  There were plenty of different versions for this character before Walt Disney approved the final appearance. 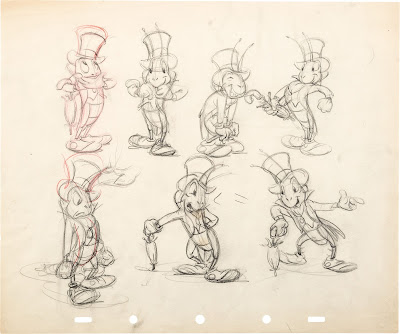 A photostat of an actor as he performs a scene for the animators. A perfect example for how to use live action. Pick out acting patterns you like, and incorporate them into your animation. 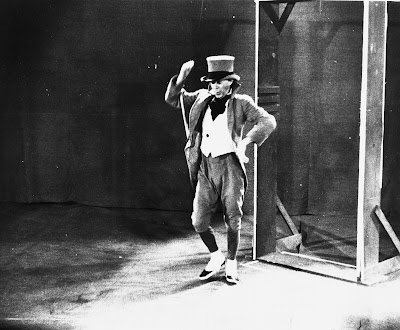 This model sheet from 1955 shows a re-designed Jiminy Cricket, the way he appeared as a host for  Disney TV shows and educational films. This is a more graphic (two dimensional) design with plenty of straight against curved lines, but somehow he lost some charm during this transformation. 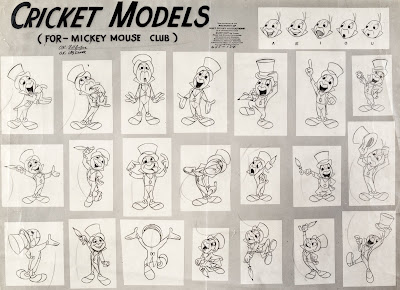 A beautiful cel set up from the movie. The "Rembrandt" of Disney animated features! 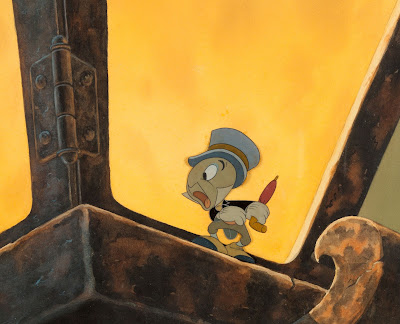 GO SEE the Pinocchio Exhibit at the Walt Disney Family Museum! It is a once in a lifetime chance to study and admire hundreds of original pieces of art from the film:


Here is more on Jiminy from an earlier post: