The Truth about Mother Goose 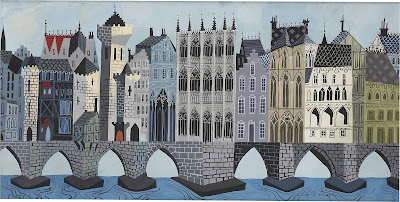 What a great color sketch by Eyvind Earle for the Disney featurette film The Truth about Mother Goose. Disney Wiki says this about the film:

The Truth about Mother Goose was an animated short, released on August 28, 1957.

It explained the historical backgrounds of three popular nursery rhymes, "Little Jack Horner", which is based on a story about a servant who stole the deed for an estate intended for King Henry VIII of England. "Mary, Mary Quite Contrary", which is about Mary, Queen of Scots, and "London Bridge", which concerns the history of the real bridge, which "fell down" and was rebuilt.

The film was directed by Woolie Reitherman and Bill Justice. I love the art direction, starting with Toot, Whistle, Plunk and Boom from 1953 Disney Modern was in full swing in a variety of short films and eventually the feature film Sleeping Beauty. 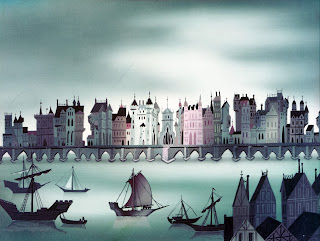 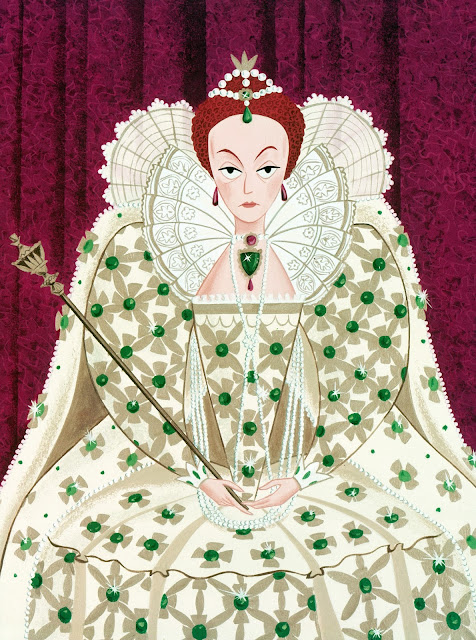 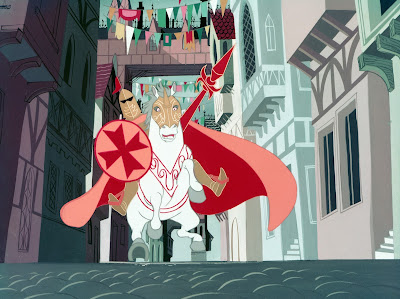 A group of animators headed up by Cliff Nordberg was responsible for the mostly limited, but beautiful  style of movement. 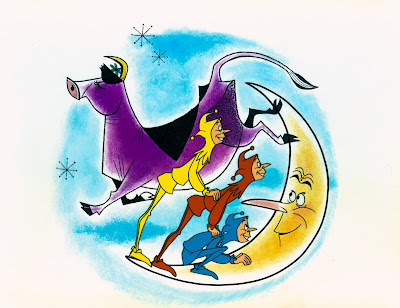