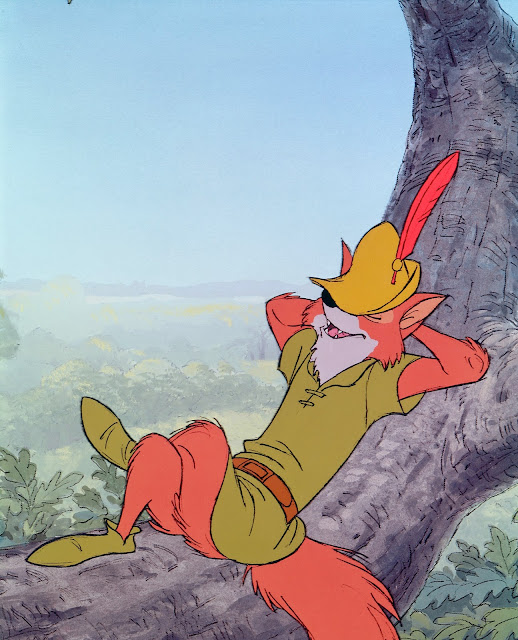 Here is a very simple and effective scene with Robin Hood in the opening sequence of the film.
He responds to the bear Little John, who is concerned about the pursuits by the Sheriff of Nottingham. "Ah, come along, you worry too much, old boy!"
The animation reads beautifully because the action is broken up very clearly. Robin raises his arms and slides down the side of an oak tree to land in a sitting position, hands behind his head. To show his confidence as well as comfort level, he crosses his legs at the end of the scene. During this leg motion the rest of body is kept pretty still, so it doesn't interfere with the principal action.
Milt Kahl animated the character in this early sequence to establish his personality.
I like the final pose, it shows that Robin is utterly unconvinced that the Sheriff poses any threat.
As a matter of fact he is so relaxed, it looks like he is about to take a nap. 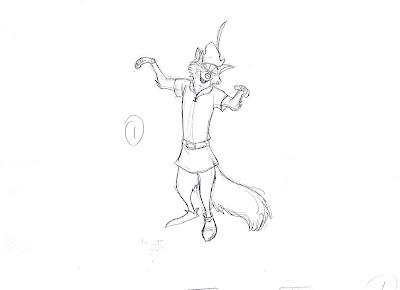 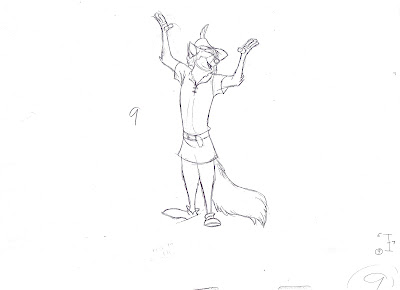 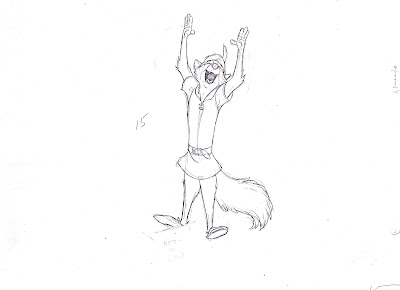 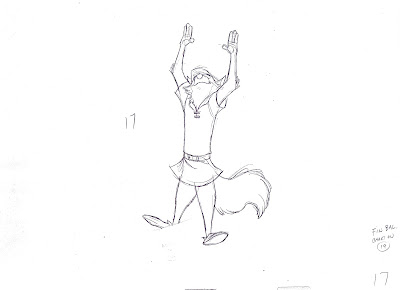 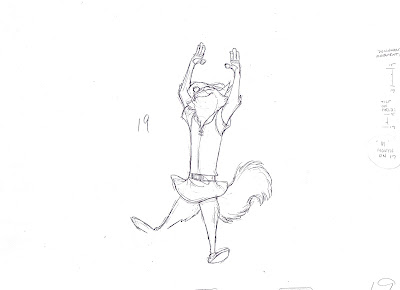 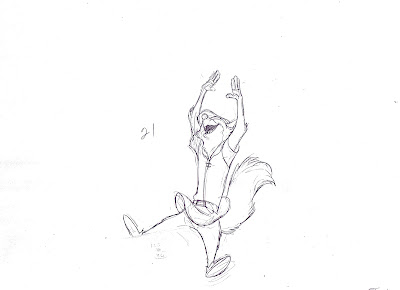 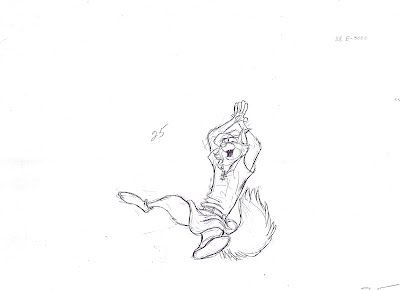 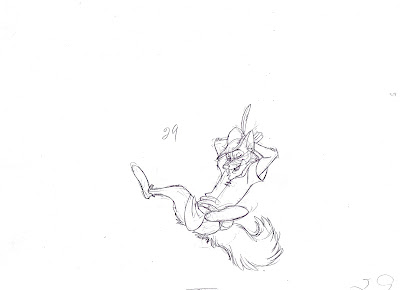 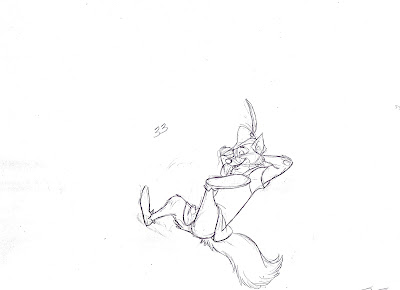 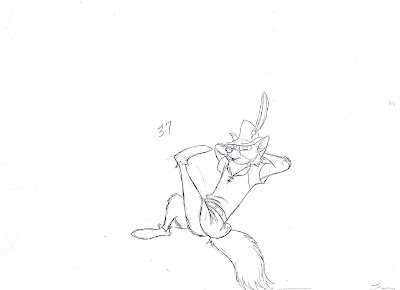 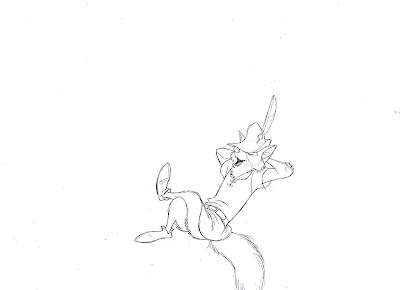 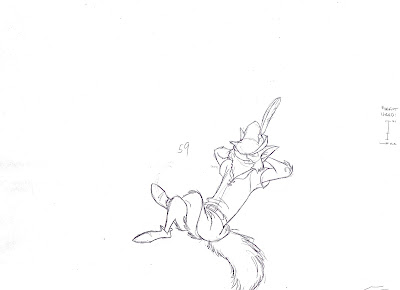 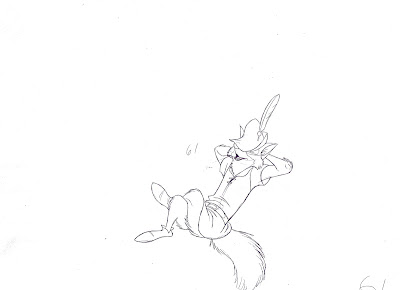 Little John is worried, Robin is calm. Remember what Frank Thomas said: "When you have two characters interacting, they better show contrasting emotions."