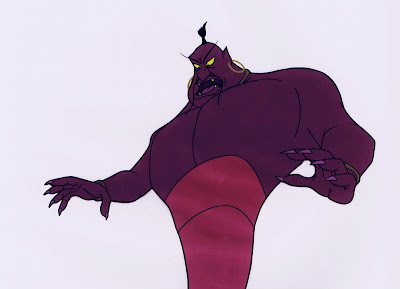 Most of you are familiar with the Genie from the movie Aladdin, superbly animated  by Eric Goldberg.
You might not know that there is another Genie, who came before, also superbly animated, this time  by John Lounsbery. In 1957 Walt Disney introduced an educational TV show called "Our Friend The Atom", which described the benefits of nuclear power - with a cautious but optimistic look toward the future.
The show is mostly live action, but it did feature a few animated segments.
The discovery of atomic energy is compared to a fable, in which a fisherman finds a bottle. He opens it, and a giant Genie appears.

Cliff Nordberg animated the fisherman, and as mentioned Lounsbery did the scenes with the Genie, this time portrayed in purple.
Below are a few key drawings (clean up over the roughs) from a scene where the Genie threatens the fisherman: "Know that presently thou will have to die!"
At least that's what I think he says, it is a bit hard to understand from the DVD.

The drawing style of the animation is 50ies graphic, but Lounsbery is able to get a nice sense of scale and dimension in this up shot. 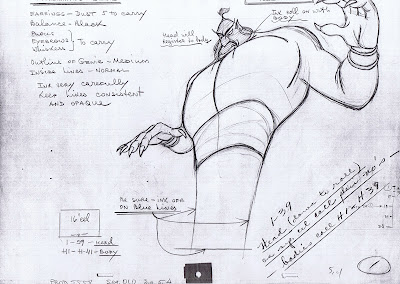 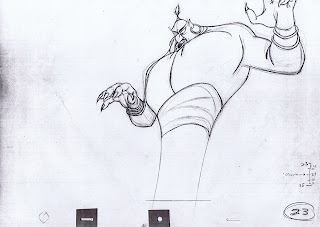 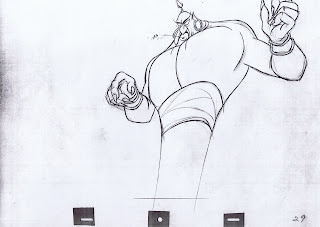 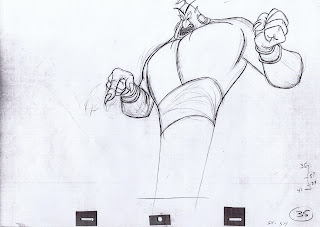 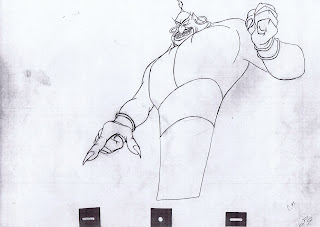 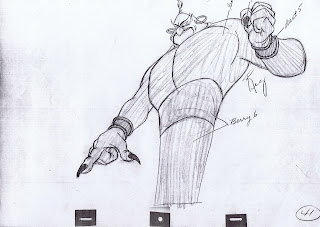 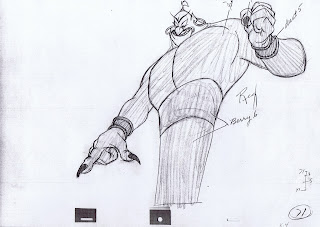 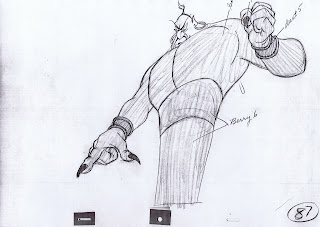 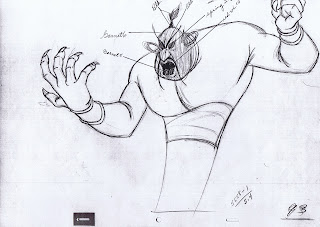 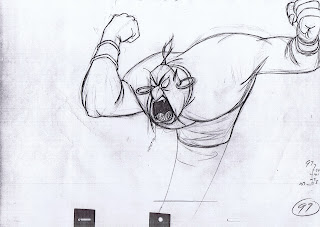 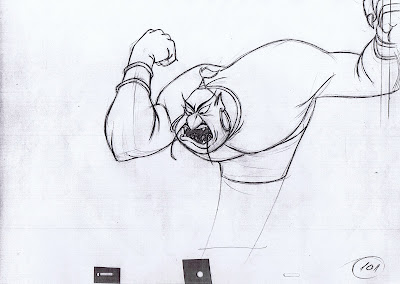 A couple of pages from the book Our Friend the Atom, which was published around the time of the TV show. 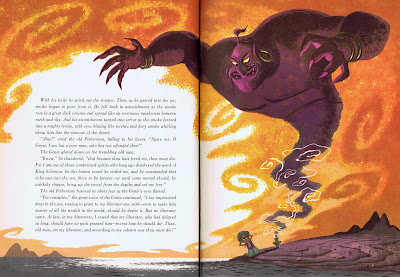