This is a model sheet I made up after I finished work on "Lilo & Stitch".
During production I created the usual construction and turn around sheets,
but didn't have the time to do a board with xeroxed rough animation drawings from selected scenes until later.
Putting them together like this gives you an idea about consistency in drawing and character.
I enjoyed animating Lilo very much. She and the other characters were designed
by Chris Sanders, so the supervising animators just needed to adapt to this
unusual and charming design style.
Before animation began I had the chance to join the directors and a few other artists to visit Hawaii on a research trip. We tried to connect with a local school, but didn't know if I would be allowed to join class and draw the kids.
Our Hawaiian tour guide knocked at the school's door and after a teacher appeared he explained that our purpose was to do some research for a new Disney animated feature set on Hawaii.  By then a couple more adults and a few kids had appeared by the half open door to see what was going on.
We knew that the locals are very proud and  protective of their old language and culture. And they all gave us a skeptical look.
Then a little girl asked quietly : "Did you work on the Little Mermaid?".
I nodded....and all of a sudden all the other kids yelled "YEEEESSSS !"
That broke the ice and we were in.
Below are a few pages from my sketchbook from that day. I was trying to capture as much child like behavior as possible, while observing them  in class or watching them play.
They were a lot of fun and so enthusiastic.
It got a little emotional for me toward the end, when the kids all sat down and sang a few Hawaiian songs for me. The enthusiasm and joy in their voices was something else.
That was not just another day doing research for a film, that was truly special.
I''ll never forget that day. 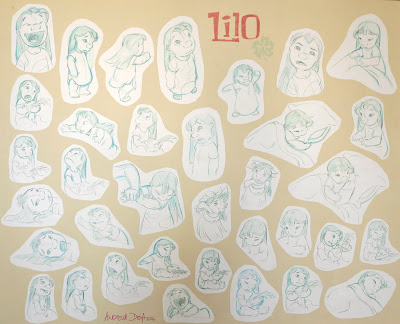 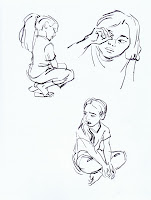 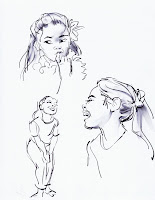 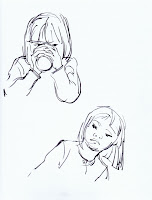 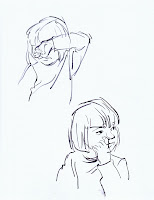 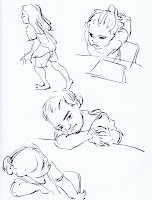 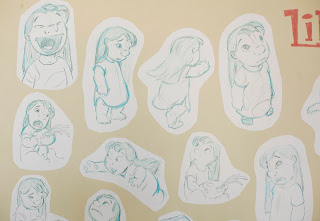 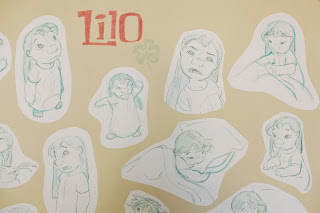 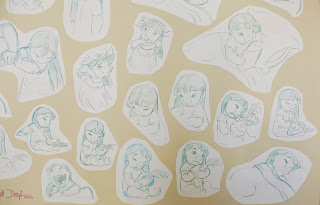 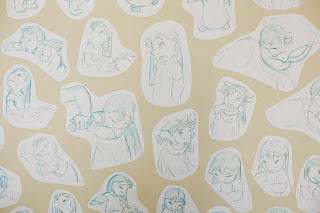 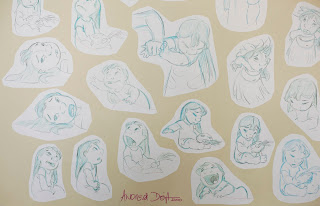