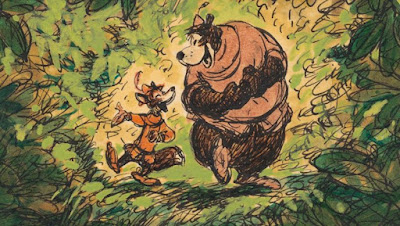 It is astonishing to realize that Disney allowed his story sketch artists to work in a graphic style that was comfortable to them, and personal.
Sometimes those sketches were mere character animation poses, other times the whole background scenery was included. It was up to the story sketch artist to put down on paper what would communicate best to Walt, the animation crew, and eventually the audience. The opening scene from Robin Hood by Ken Anderson. 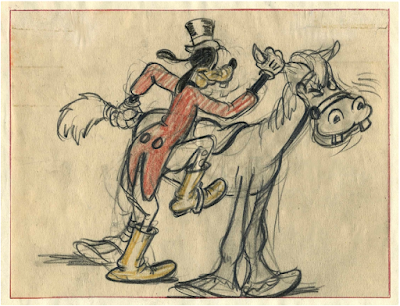 Not sure who boarded "How to Ride Horse" from 1941, but you can see that this story artist was all involved with Goofy's animation business. 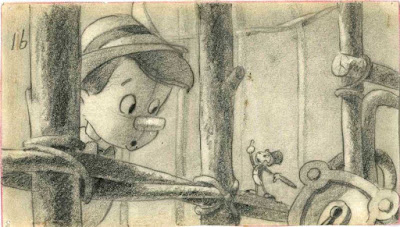 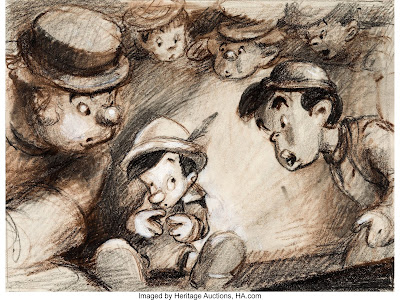 Disney's first features were all about light and shadow, so the story sketch artists rendered  the environments as well as he characters. 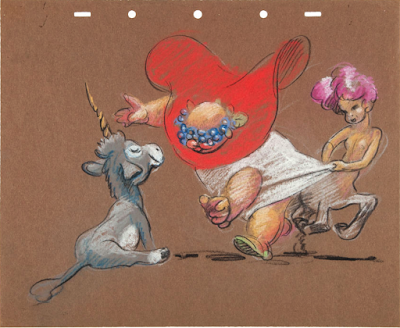 James Bodrero boarded the entire Pastoral sequence from Fantasia  in color. It helped to visuals what the final film might look like. 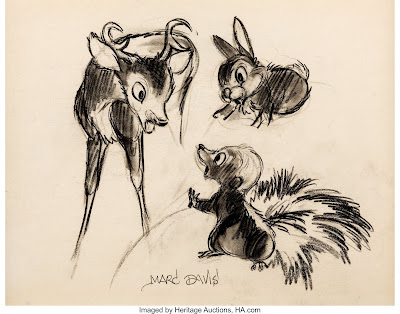 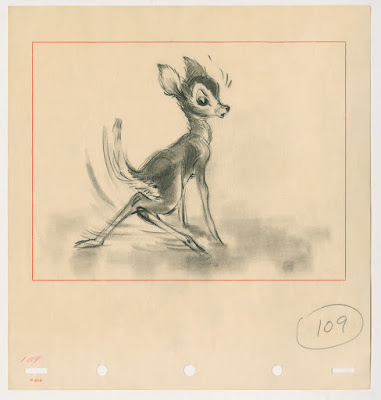 Marc Davis did story and character design work on Bambi for quite a few years.
I think Bambi's characters works so well because of Marc's extraordinary contribution. 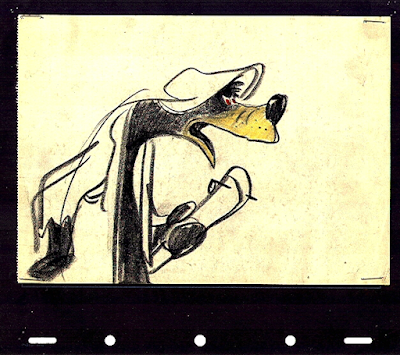 A fantastic story sketch by Pill Peet for Song of the South. He practically provided the animators with
key poses that could be adapted directly for final animation. 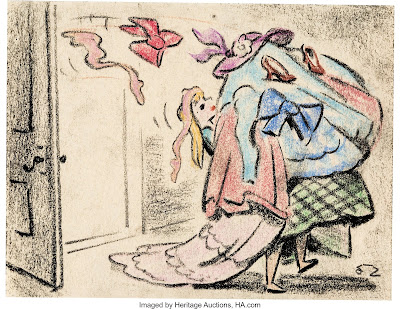 A beautiful story sketch from Cinderella, perhaps by Joe Rinaldi. 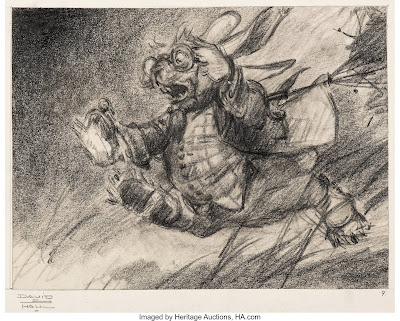 David Hall's illustrative style for Alice in Wonderland is complex and a little haunting. 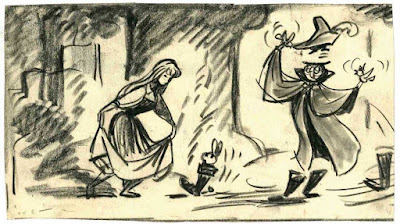 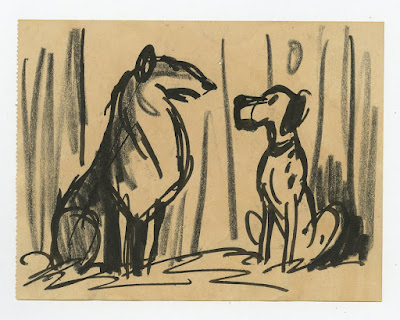 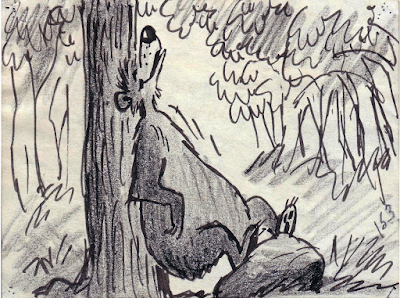 This story sketch from Jungle Book reminds me of Bill Peet's children's book illustrations. Simply staged and full of personality.