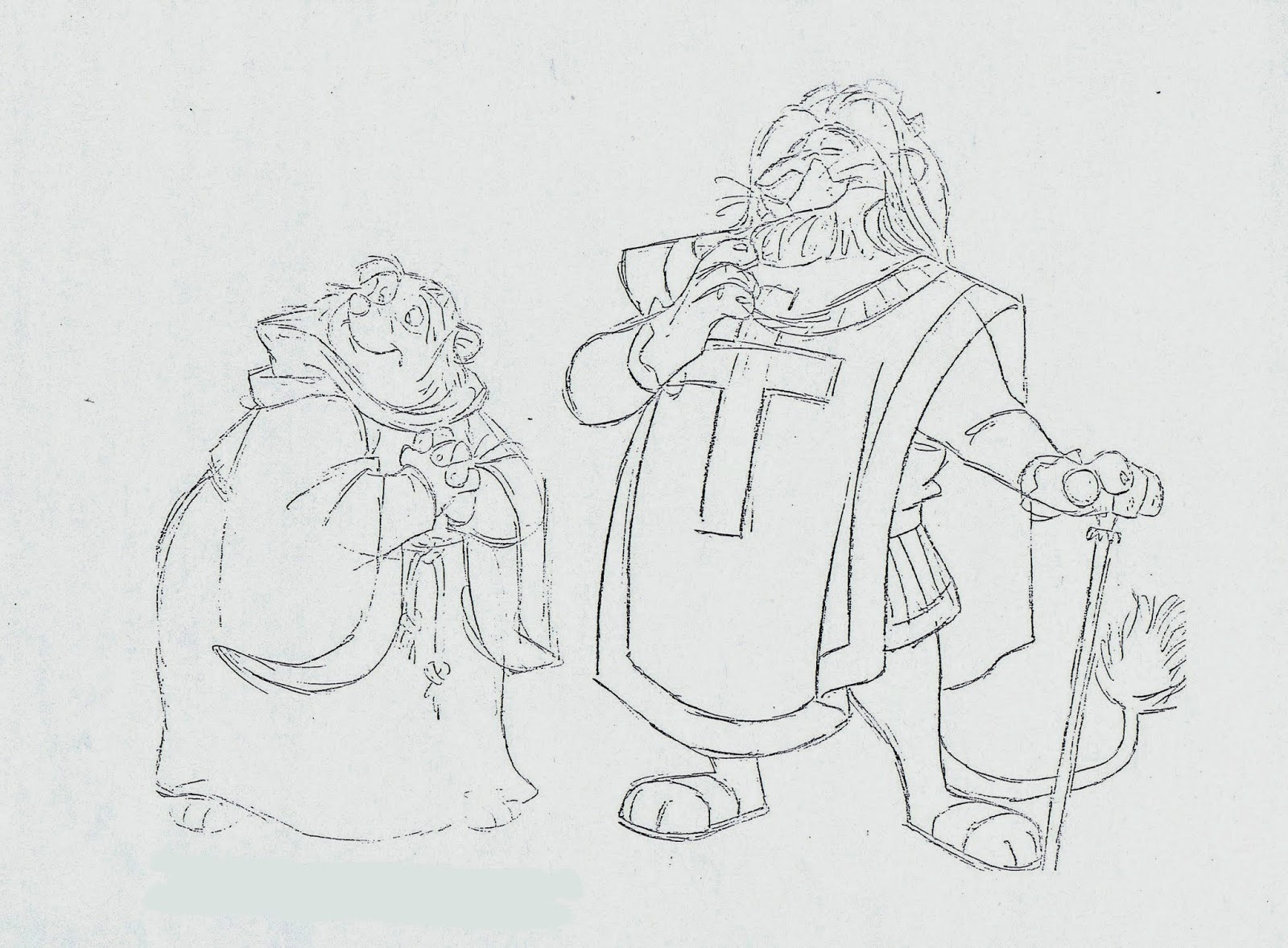 Beautiful staging and drawing is evident in these animation drawings from the film Robin Hood.
Except for Prince John, who was brilliantly handled by Ollie Johnston, the images are from scenes by Milt Kahl. (Mother Church Mouse is a model sheet, drawn by Milt).
The animation doesn’t have the energy we see in the anthropomorphic animals from Song of the South, but these characters live in a different world, and the situations within the story call for more subtle acting. Milt recalled that even though Robin Hood is a fox, he is the equivalent of a handsome hero type, so his actions and expressions needed to reflect that.
Ollie had a great time animating Prince John and Sir Hiss, two characters with rich vocals that helped to establish them as entertaining, comic villains.
My favorite character design from the film is probably Lady Kluck, Maid Marian’s lady-in-waiting. I love the simplicity of her silhouette, her sharp beak and the way her wings articulate human gestures.
This is an appealing cast that deserved to be placed in a better story.
When Ward Kimball (who was not involved with the film) saw an early screening of Robin Hood, he complained to Frank and Ollie: ”How on earth can you tell this story without having Robin Hood save Maid Marian from the clutches of Prince John?”


Nevertheless, as a much less critical kid I enjoyed watching this film a lot when it was first released in 1973. 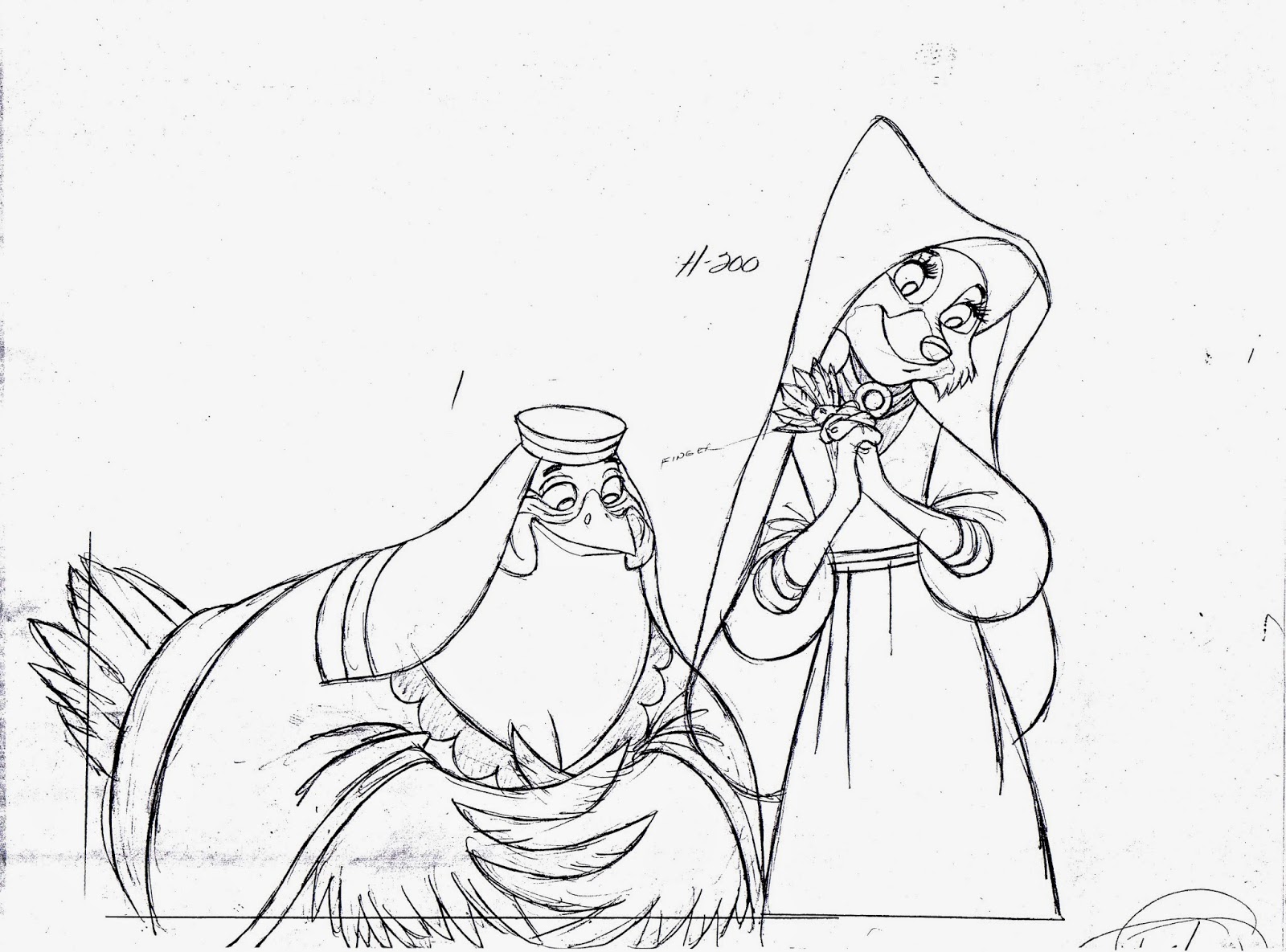 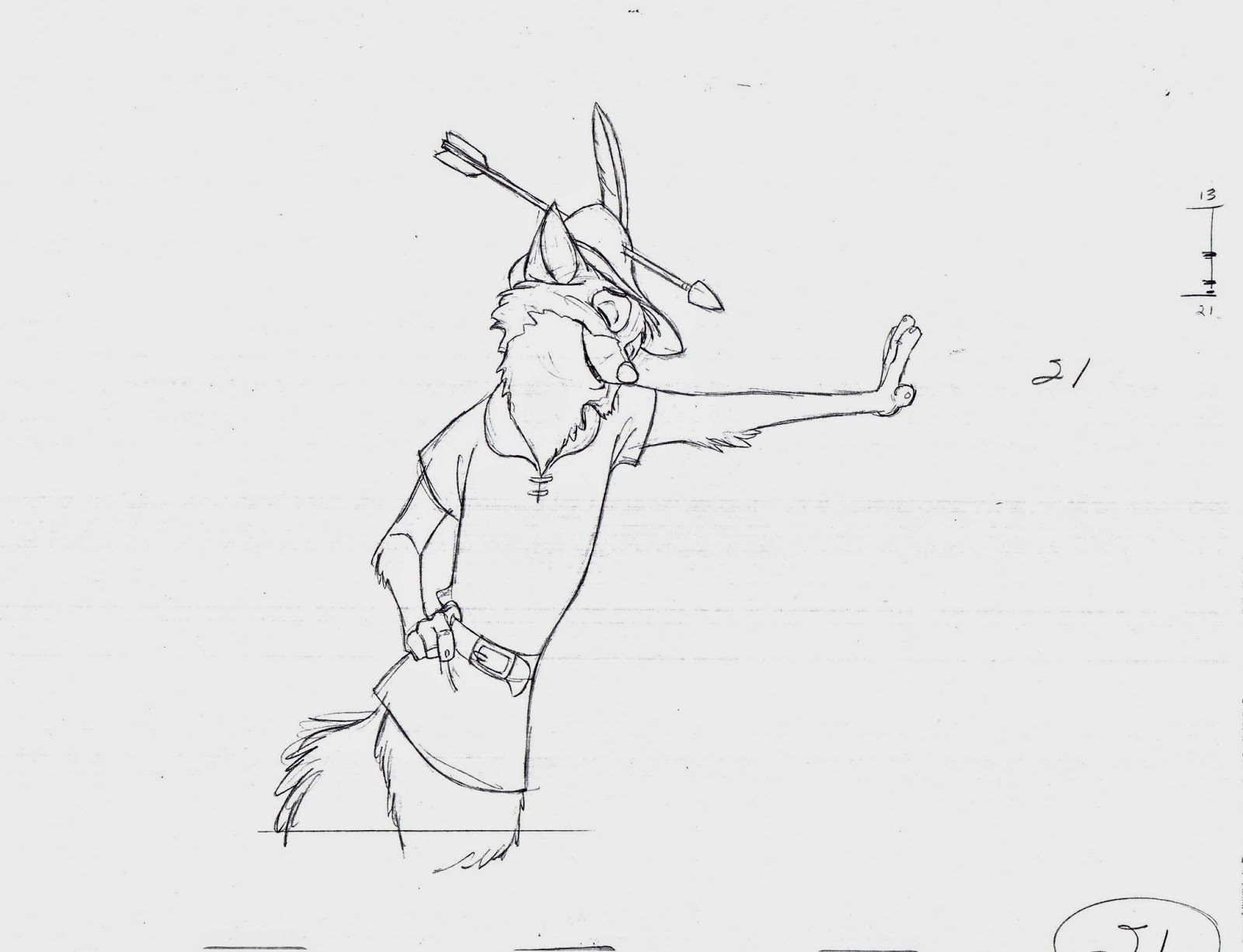 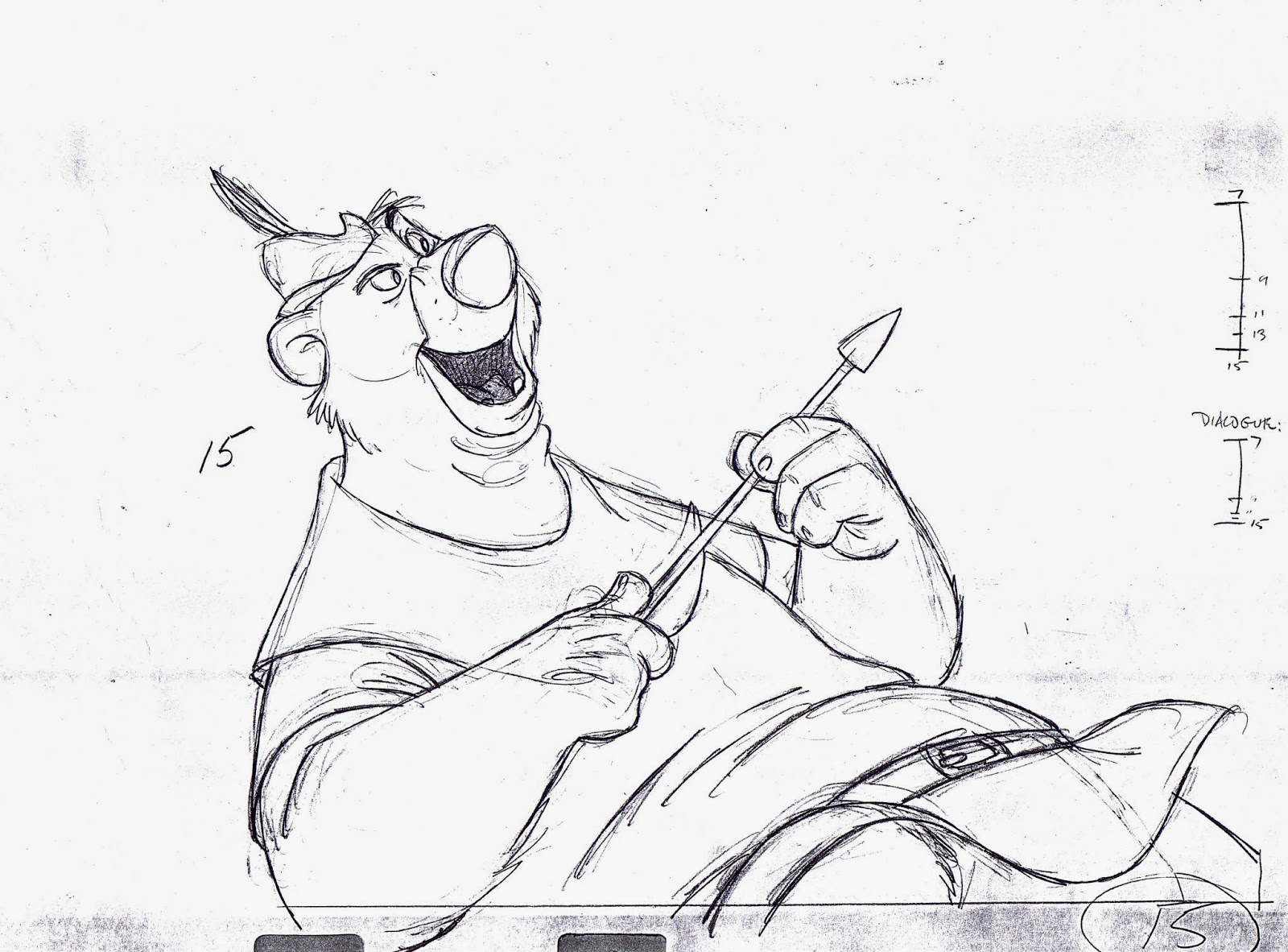 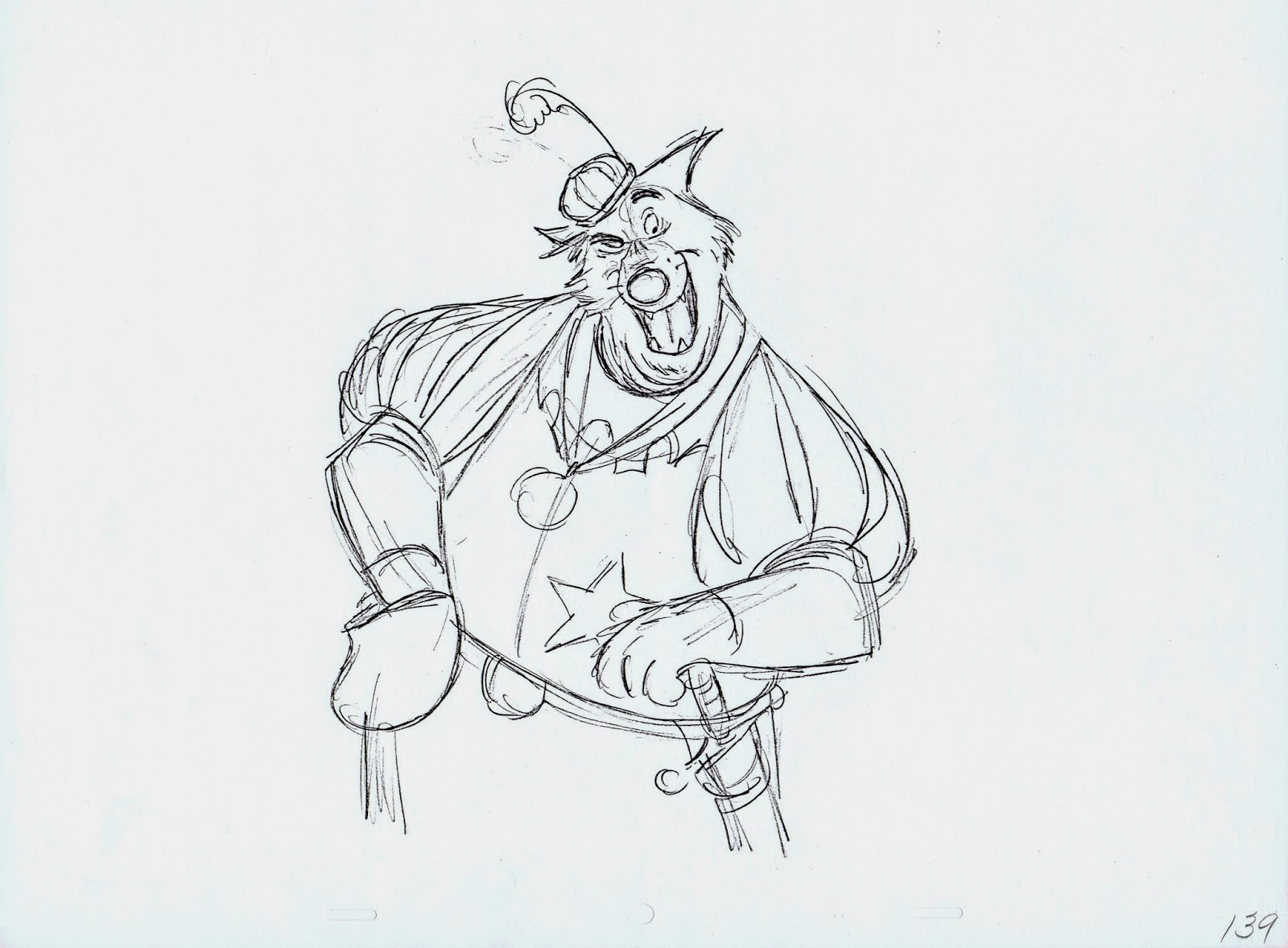 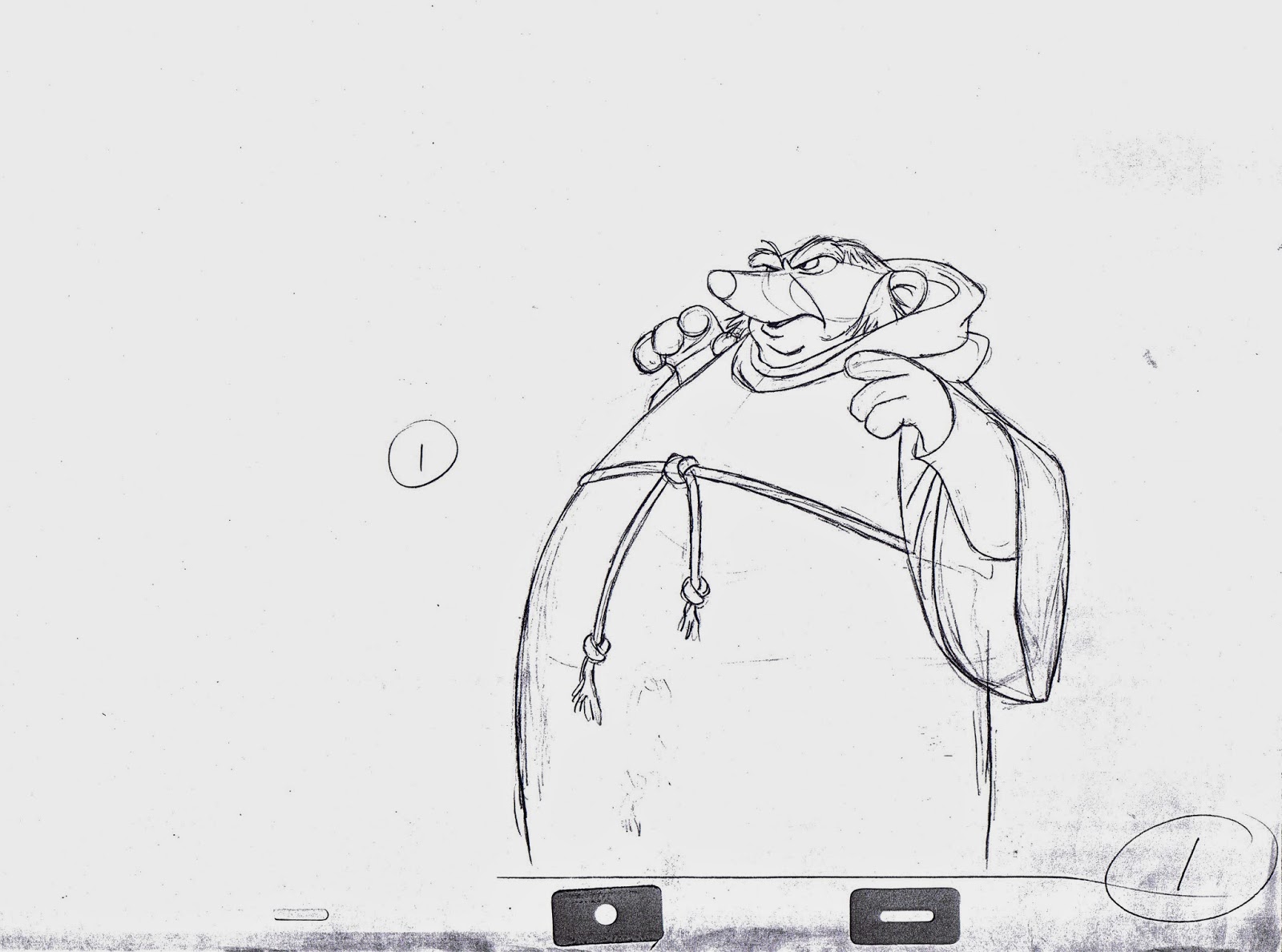 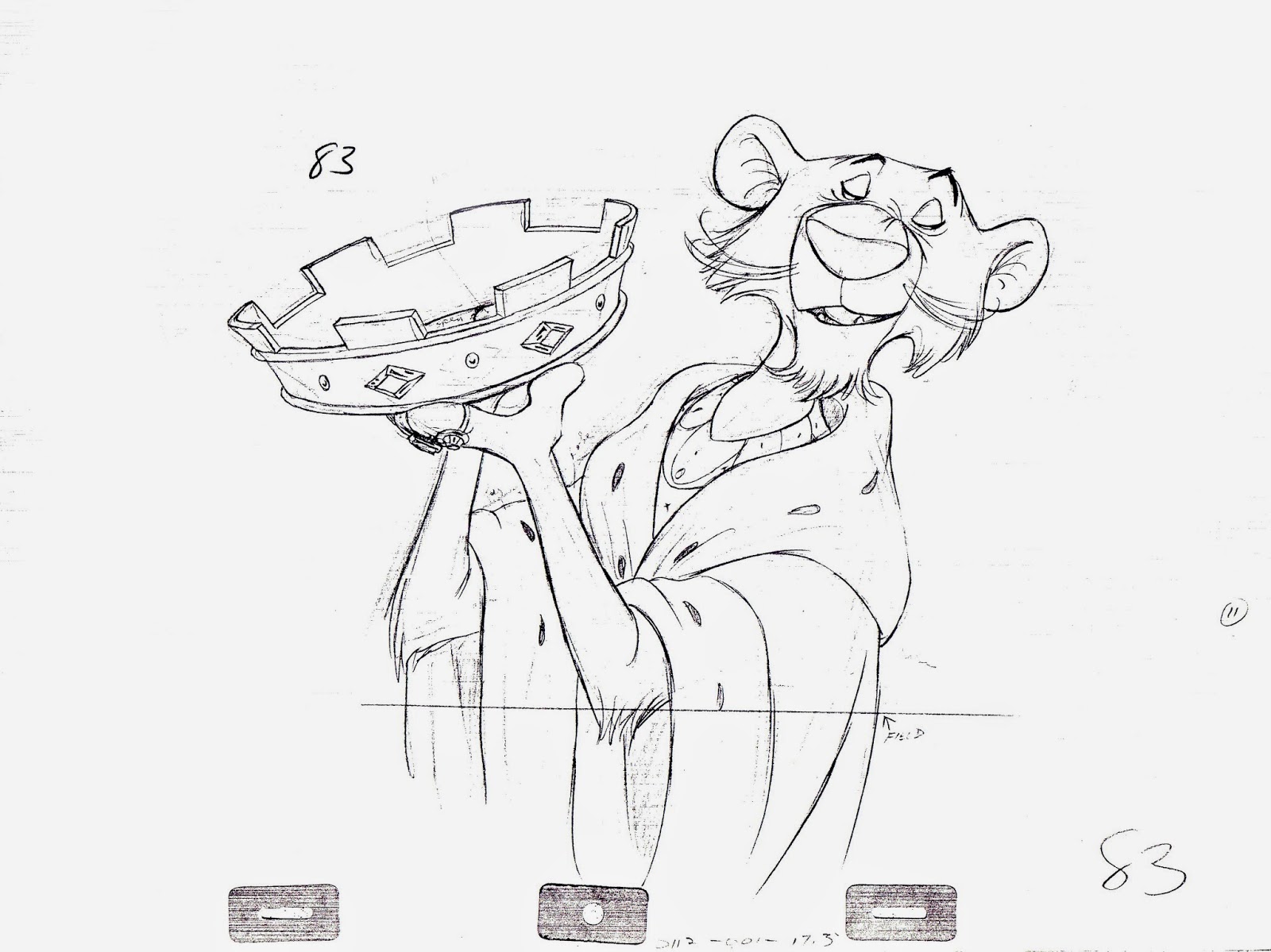 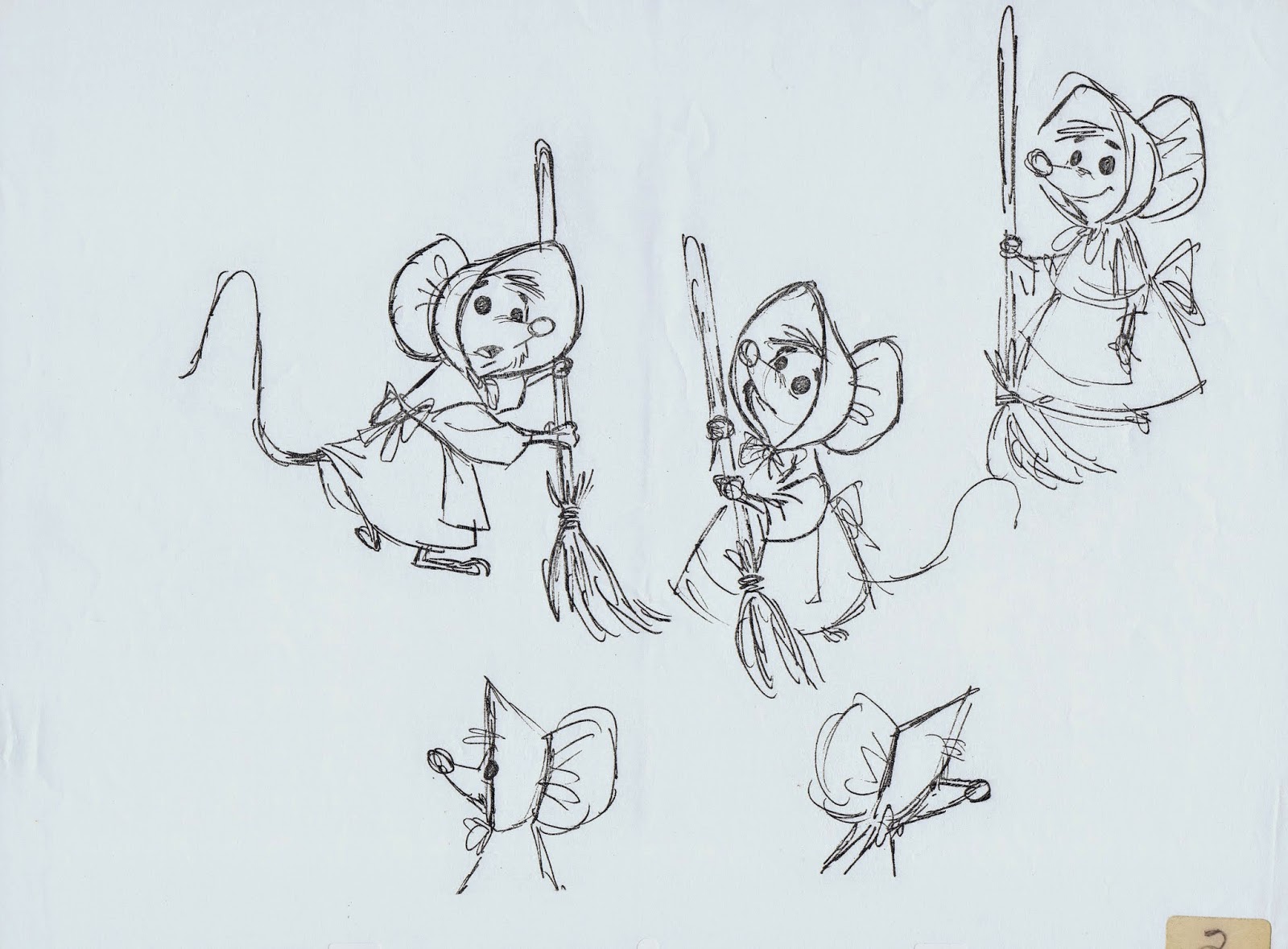 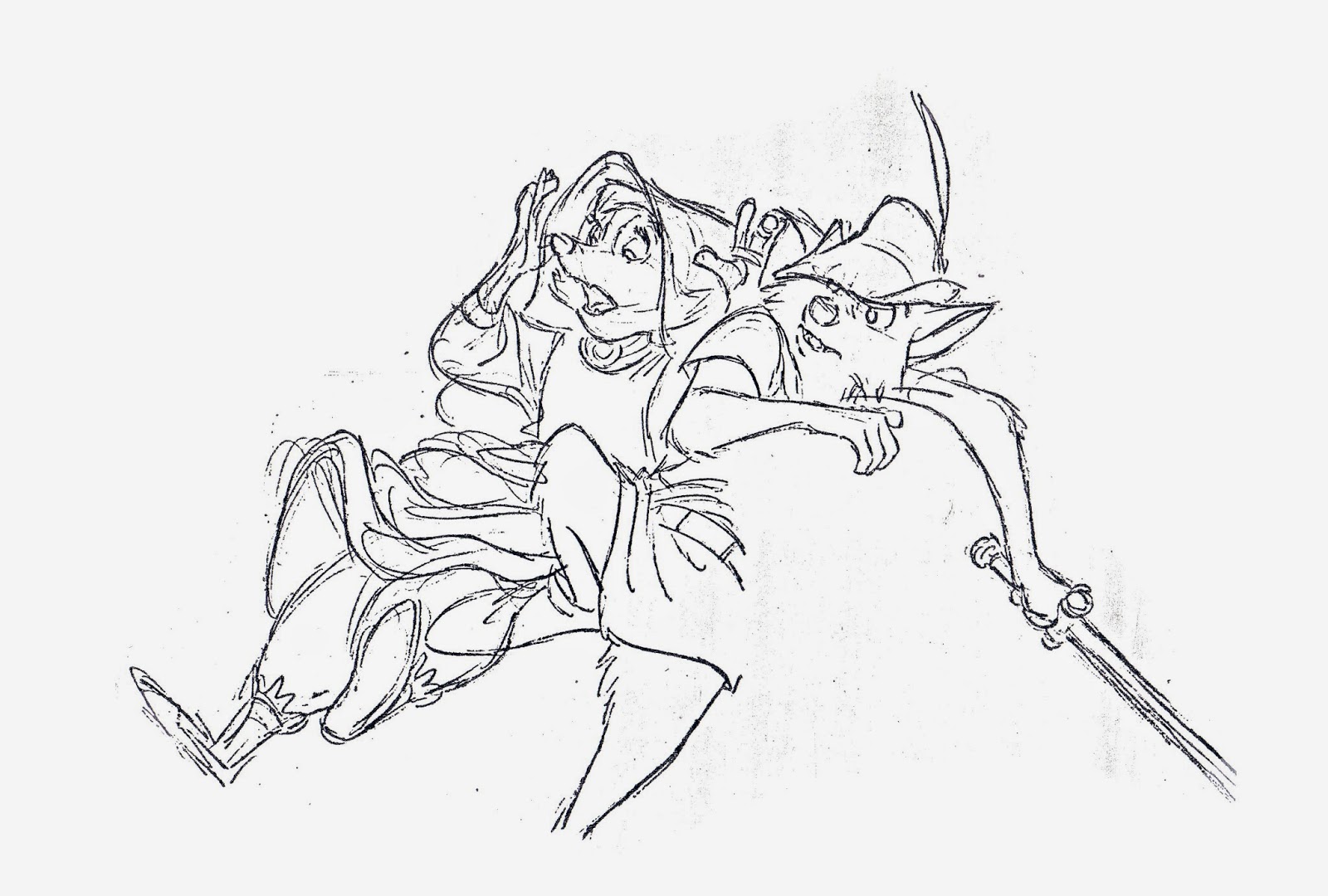 There are many previous posts about Robin Hood, the most unique one would have to be this interview with Milt Kahl:
http://andreasdeja.blogspot.com/2012/11/milt-kahl-talks-robin-hood.html
Posted by Andreas Deja at 12:39 AM 5 comments: