Character Designs from Long Ago

Going through my archives I keep finding drawings I didn't know I had.
Like these peculiar design sheets that bring back a lot of memories.
Way back I was on the original crew for Oliver & Company. The idea of replacing some of the original human characters with animals sounded very appealing to me. I did a first pass on most of the main characters, including Fagin, before story work was put on hold. I eventually left the project to work on Roger Rabbit.
This is a small street gang made up of cats and dogs who would eventually run into the kitten Oliver. 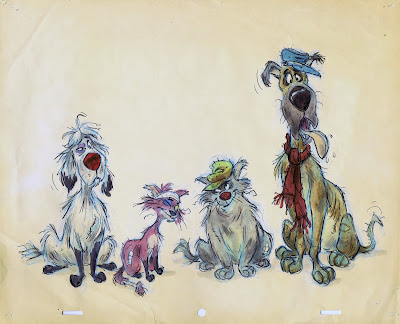 At one point Michael Eisner wanted the animation department to pursue the idea of turning the book The Catcher in the Rye into a film. I only worked briefly on the project before it was cancelled.
I do remember the main character being a dog. These drawings show the old sailor  Ol' Joe, no idea how he fit into the story back then. 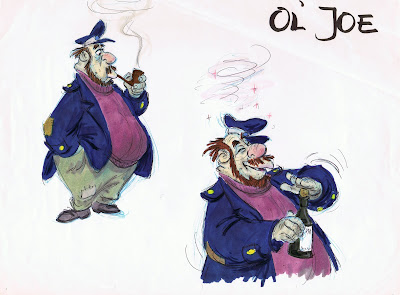 I did this design of the Gorilla Bouncer from the Ink & Paint Club in Roger Rabbit in a hurry.
The footage was ready to get animated, but we didn't have a final model on him yet.
Dick Williams asked me to come up with something quickly, we faxed the sketch to Robert Zemeckis , and within ten minutes he gave his approval from the US. Once in a while things have to move fast even in animation. 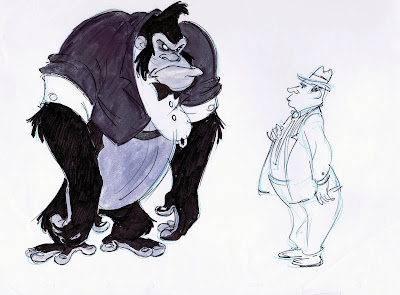