The animated movie "The Emperor's New Groove" used to have a different title.
The original version was called "Kingdom in the Sun".
I was thrilled at that time to get the assignment of designing and animating the female villain in the film, Yzma.
And I loved her main motivation in the story. Yzma was extremely vain, she wanted her youth back under any circumstance. So she made a deal with a dark spirit who had been locked up inside a mountain. If she could set him free, he in return would give her back her youth.
What a simple and wonderful premise.
The one and only Eartha Kitt agreed to do the voice of Yzma.
I was in animation heaven !!
Just closing my eyes I could see and imagine the character. A sultry, seductive and power hungry diva. These early sketches suggest that kind of a direction for her personality, and I enjoyed exploring this type of Yzma very much.
I remember buying a few fashion magazines to get inspired by some of those super model poses. For life drawing class we hired a skinny model, but instead of drawing the life poses, I translated what I saw into Yzma.
You see some of those sketches at the bottom of this post.
Then things changed. The overall story treatment wasn't working as far as the studio was concerned. Everything was put on hold, and a brand new story line was developed. Eventually I moved over to the production of "Lilo and Stitch".
In "The Emperor's New Groove" Yzma became more of a comic villain, my friend Dale Baer took over the character, and he did a great job! 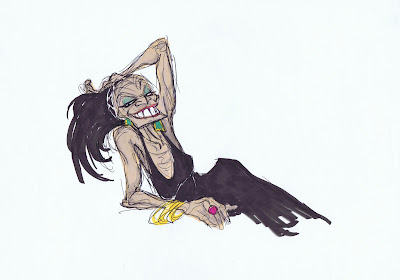 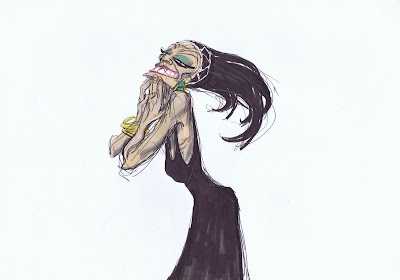 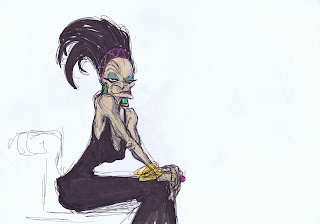 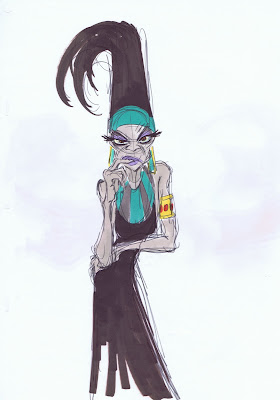 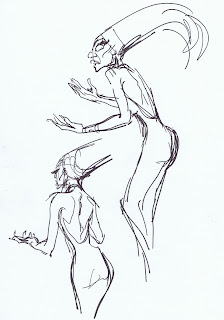 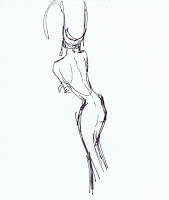