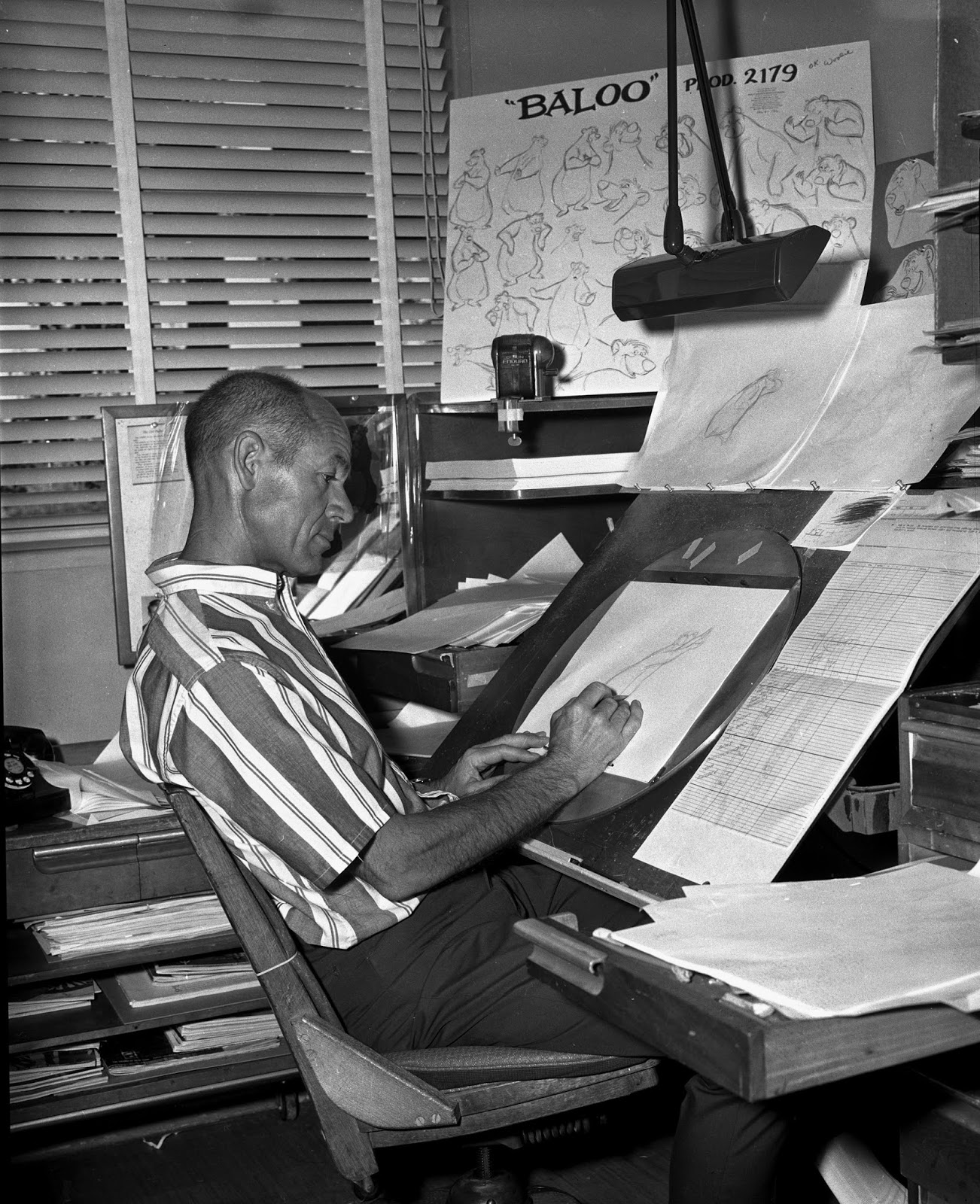 Not many animation artists make good teachers, but Walt Stanchfield was a heck of an inspirational instructor to many folks who worked at Disney during the 1980s and 90s. In his life drawing classes he did not want you to copy the model on paper, he wanted you to interpret the model’s pose for animation. Go further with the body’s rhythm, push the action line, feel the weight.
He frequently went over young artists’ work by helping them to find the essence of a pose, and make a clear, often entertaining statement.
Walt was never one of Disney’s top animators (he did beautiful clean up work for many of the Nine Old Men, before moving into animation in the early 1960s).
In the photo above he is animating Baloo from The Jungle Book as he is chasing King Louie’s monkeys, who just kidnapped Mowgli. It’s a real nice action sequence that shows Walt’s talent as an animator.

We loved Walt’s unconventional classes that differed so much from art school. He would have the model pose for a couple of minutes, and asked the students just to observe, no drawing yet. Then the model would disappear and we were asked to draw the pose from memory. Stuff like that was new and exciting and helped us to approach our drawing and observation skills in a different way.

If you are a student, do yourself the favor and check out Don Hahn’s published notes that Walt used to hand out regularly. His writing is very insightful, it makes you think about making interesting statements through your drawings. There are two volumes:


I was flattered when Walt included some of my animal sketches in one of his handouts. 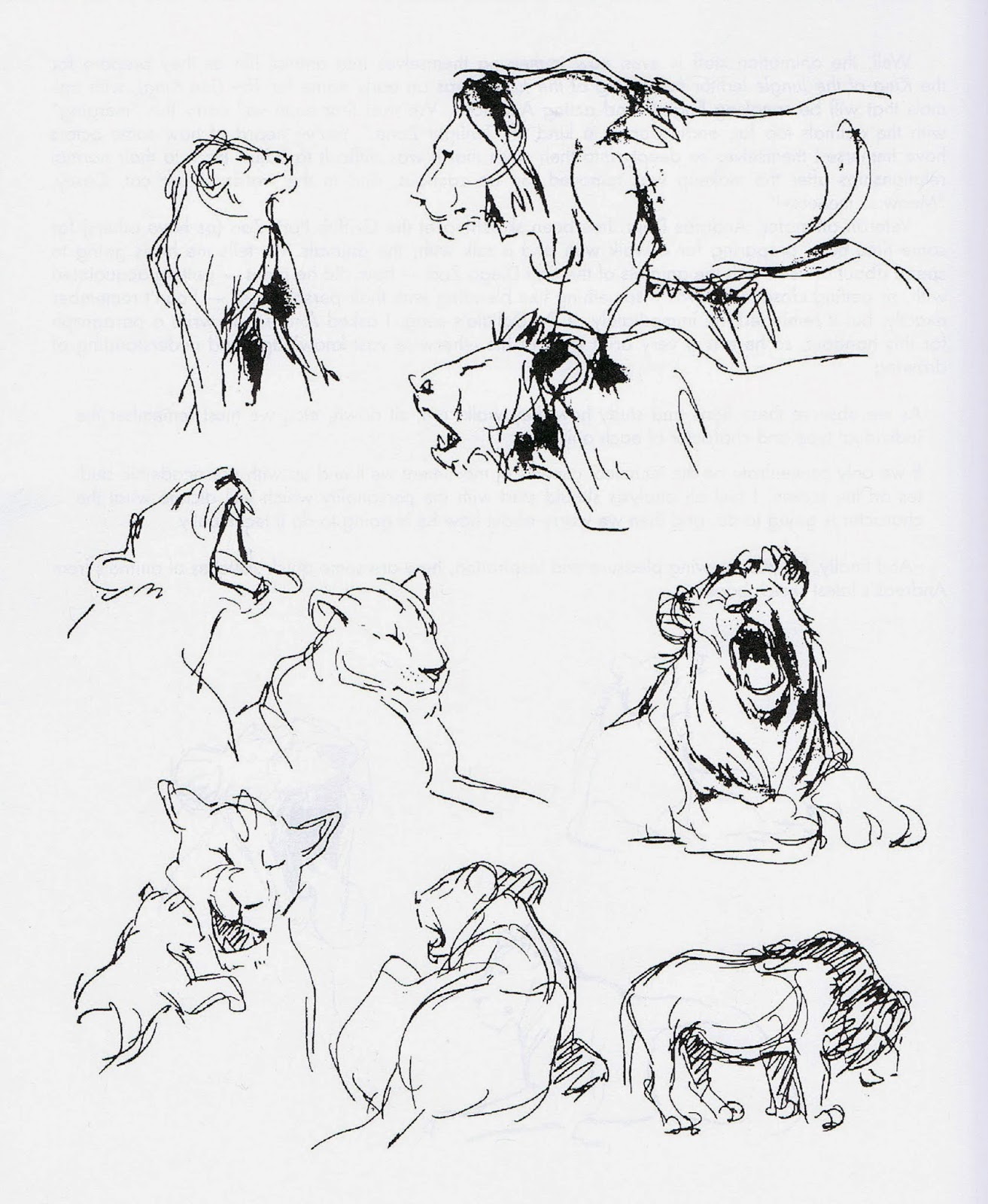 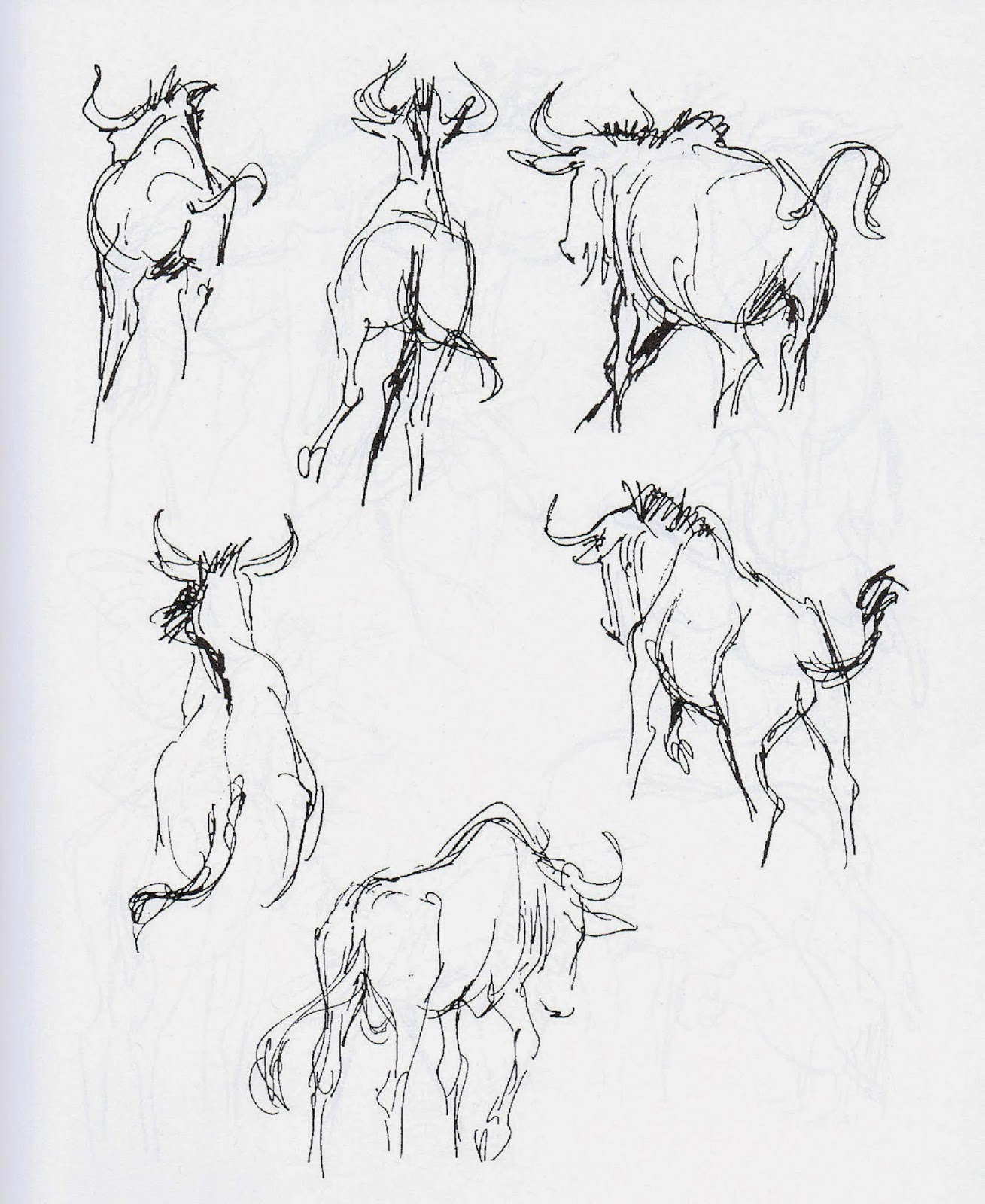 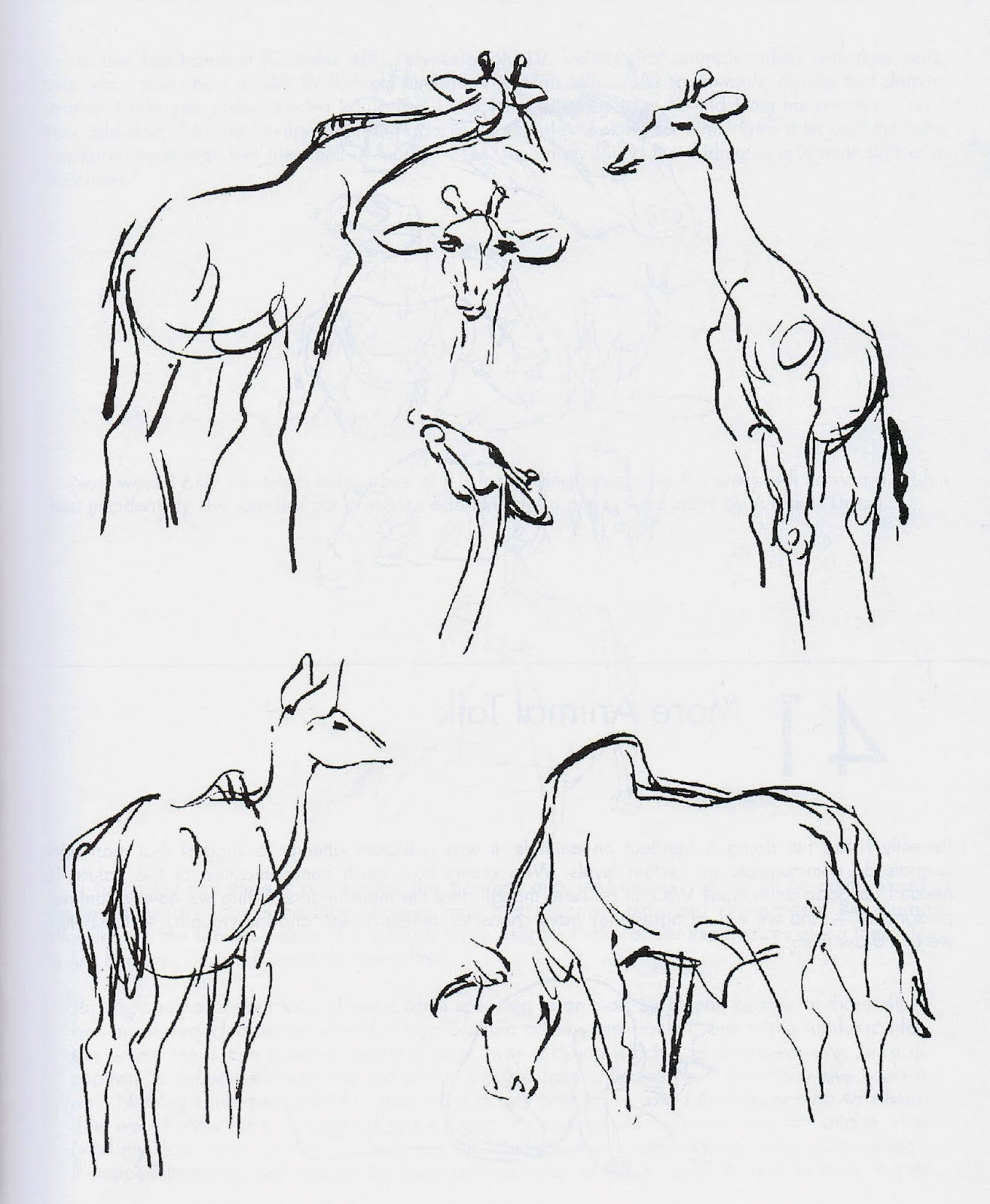