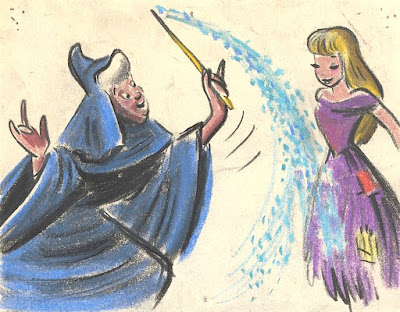 It's always fun to compare Disney live action photostats with the final result in the film. In this sequence from Cinderella the heroine was supervised by Marc Davis based on performances by Helene Stanley. Milt Kahl was responsible for the Fairy Godmother, whose scenes were played by an unknown actress to me.
Marc made Cinderella lean forward more, so she connects better visually with the business of being measured. Milt changed the way the Fairy Godmother bends down, which looks better graphically.
Helen Stanley's hair and costume is pretty much "on model", while the Fairy's outfit was much simplified for animation. 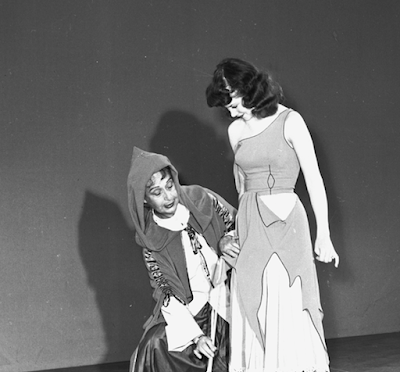 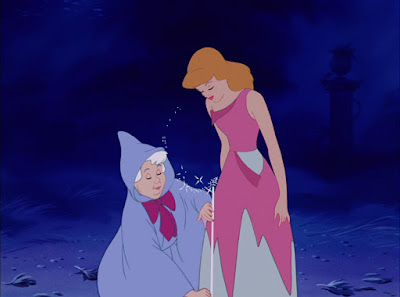 The following two images are about a couple of frames apart, but the live reference definitely influenced the animator. 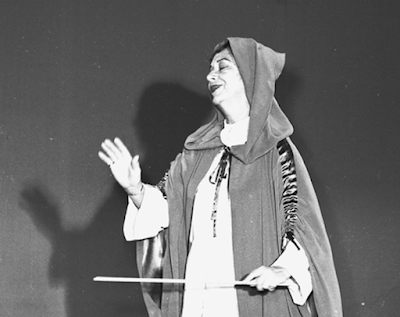 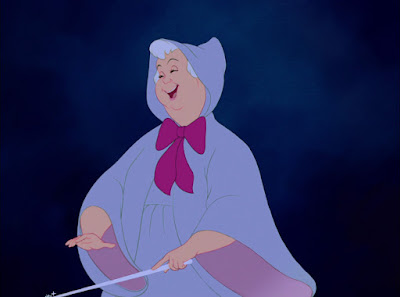