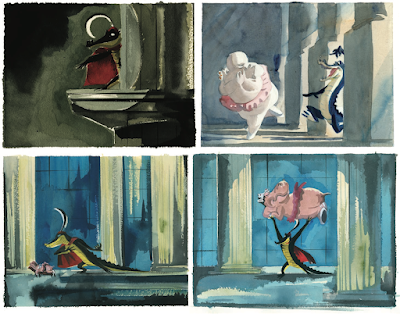 Imagine as a Disney animator looking at these terrific development visuals for an upcoming feature! How can you not get super excited, you just want to get to work! The Dance of the Hours from Fantasia is one of the best things ever animated. If you worked on this short, you can practically retire because this piece represents a high for the medium that would not be repeated.

An extraordinary layout for the 1958 short film Paul Bunyan. I never cared for the animation much, but the look, the graphic world the artists created is stunning. 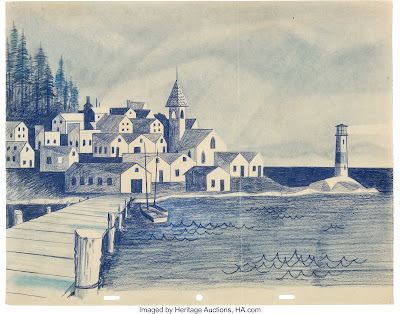 This piece from 101 Dalmatians makes me laugh, because it represents an artistic hangover. The crew had just finished Sleeping Beauty and was gearing up for a new film set in a contemporary style. What they couldn't shake yet were square and round tree shapes. If you take the park bench out of the picture, you'd expect Aurora walking through the scenery talking to birds. 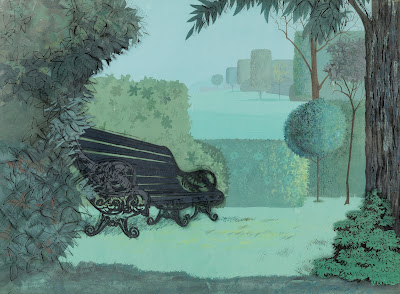 A pretty development sketch for The Jungle Book. Walt Disney asked for light, fun settings, instead of a dark mysterious jungle. This color sketch looks pretty light to me. 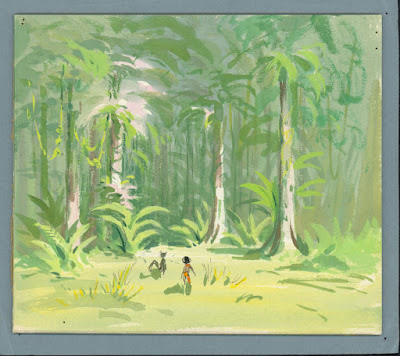 A back alley setting for The Aristocats. My educated guess: this is the work of the great Vance Gerry. 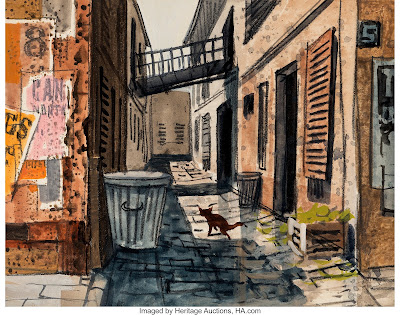 This one is close to home. The Snow Queen was going to be our next animated feature after the 2011 film Winnie the Pooh. Paul Felix had developed extraordinary settings for the project, we could not wait to get started. Bette Middler had been asked to voice the title character... then the shoe dropped. The CG shoe. The film ended up with a one word title...and the rest is history. 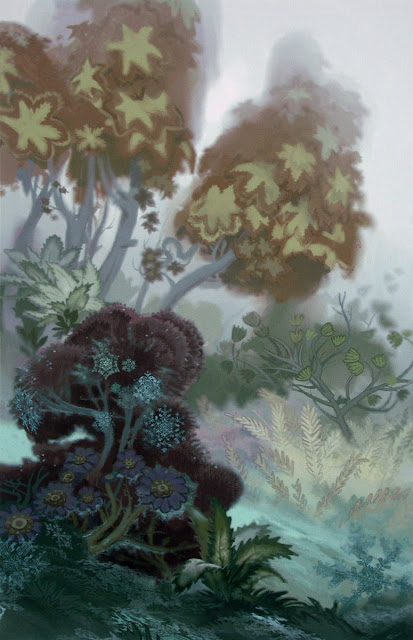 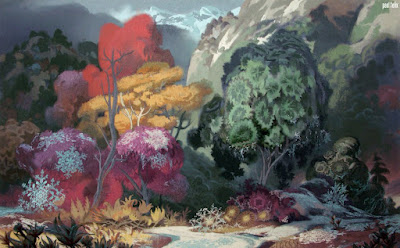 Would I have lobbied for the Bette Midler character...of course!!
Posted by Andreas Deja at 11:52 PM 13 comments: