Milt Kahl sure likes a good challenge.
When Robin Hood and Little John are running to catch up with Prince John's coach, they also put on gipsy clothes at the same time to disguise themselves. The characters are having fun doing this, so the acting needs to reflect their attitude, combined with a run that keeps changing pace.
Milt tried to get as much comedy out of this situation as possible, especially in Little John's animation.
This kind of work requires an enormous amount of concentration and planning.
Of course the end result looks flawless, natural and very entertaining. These scenes are great for frame by frame study. There is so much going on here, but everything reads clearly. The character weight, the clothes' overlapping action, the overall staging, just beautifully analyzed.

These are a couple of Milt's thumbnail pages, he is trying to figure out how Little John might put his hat away and replace it with a wig. 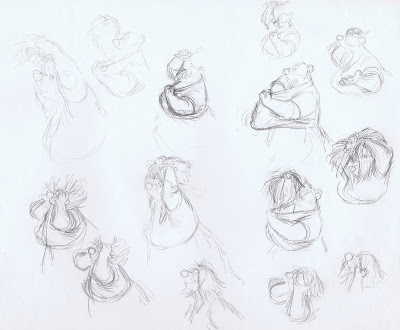 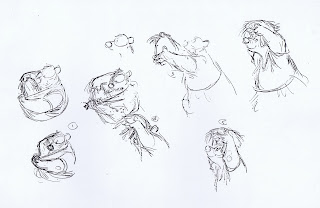 A model sheet made up of key drawings from a couple of scenes. I marked one drawing NG, it is out of order and belongs elsewhere in the scene.

Four original roughs that Milt discarded (followed by a few copies). This is what his first pass looked like.
As you can see the character remains in the center of the pages, running in place. 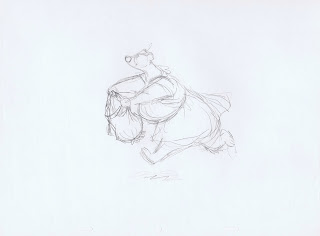 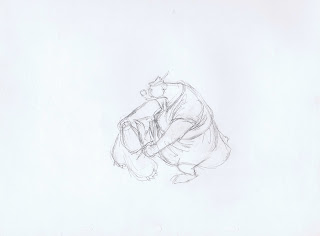 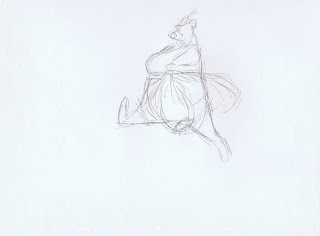 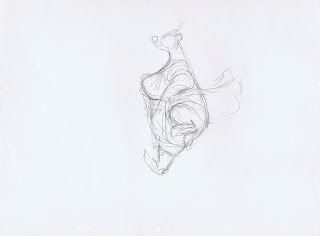 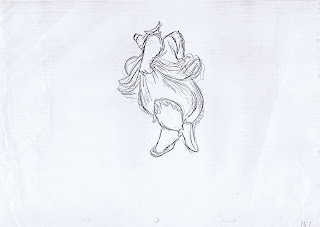 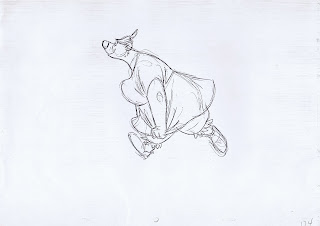 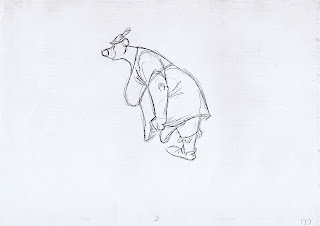 Robin stops for a moment to take time to pull down his dress.
These drawings reflect a slightly older design version. Before the scene was sent over to be xeroxed, his neck was widened according to the final model's look. 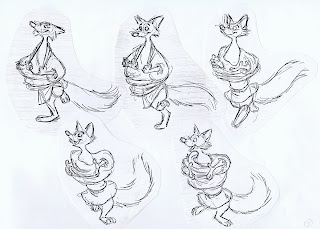 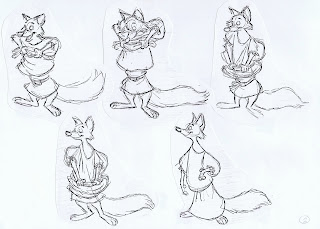 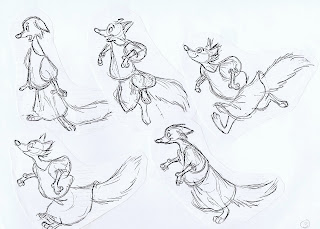 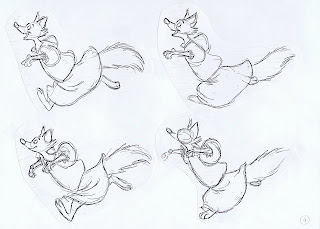 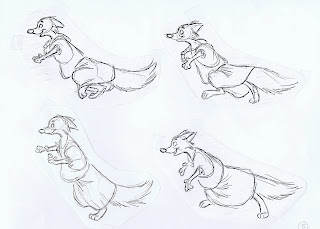 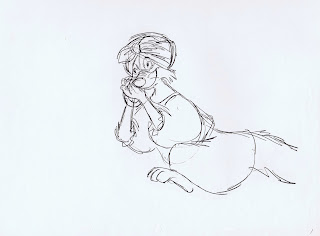 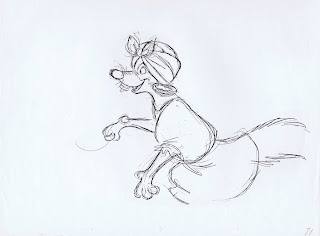 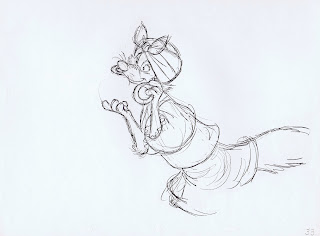 The film Robin Hood might not be one of your favorites, but still…it is full of animation gems that are worth taking a closer look at.