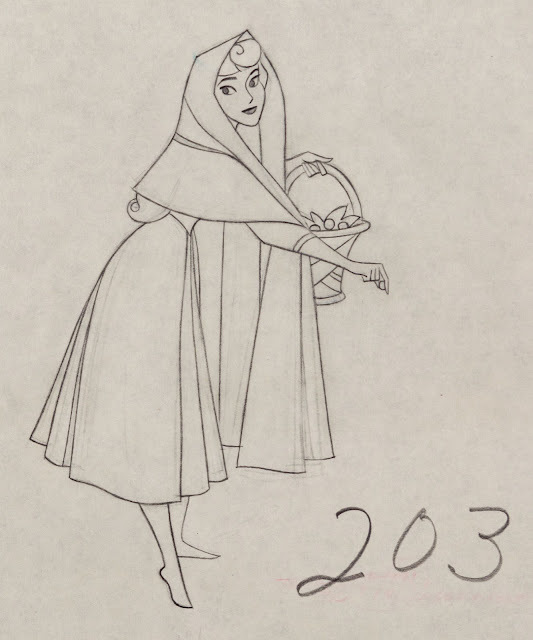 This amazing stylized drawing of Aurora reminds me of the graphic quality found in church stain glass windows. This clean up image is small in its original size, but look at the precision of each pencil line. The shape arrangement is incredible. This is what happens when you combine the efforts of talents like Tom Oreb, Marc Davis and Iwao Takamoto. 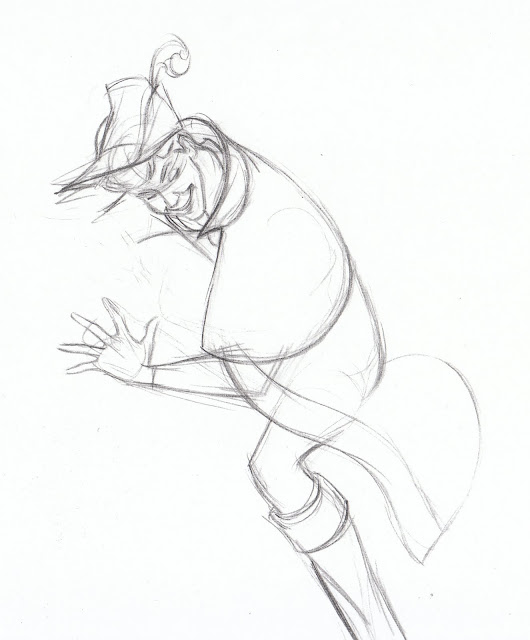 Same movie, a rough animation drawing of the male lead, Prince Phillip. He is in mid action, about to pull on his horse's reins to turn screen right. Animator Milt Kahl had become obsessed with depicting hands in the absolute best way possible, in a single drawing as well as in motion.
Making a handsome male face look good from this angle is no small feat either. 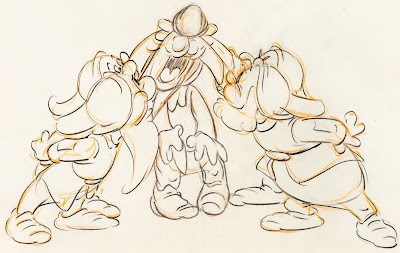 Four of the Dwarfs from Snow White try to stop Sneezy from yet another explosive exhale. I assume that the story sketch for this scene already showed interesting staging, but only Fred Moore could make a this situation communicate in such a simple, but entertaining way. Four hands holding up one nose should be impossible to draw, but here it is. 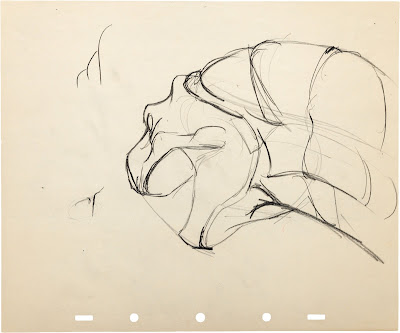 A great study of the head of a Tyrannosaurus Rex, drawn from a tough angle. Upshot, 3/4 rear.
Even with the aid of having a dinosaur maquette at hand, this perspective would be a challenge to any artist. Animator Woolie Reitherman gets it right by analyzing the main volumes first (head and neck), then focusing on how details like cheekbone and eye unit connect to the main mass. 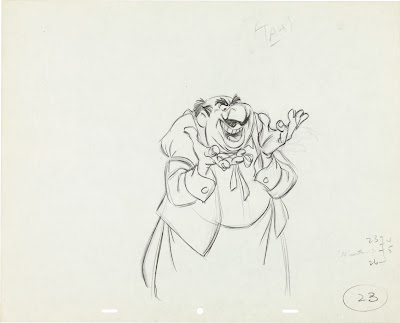 When expressing Tony's volatile gestures, John Lounsbery knew that interesting and precisely drawn hands were very important to achieve entertaining character animation. People say that Lounsbery's drawing of hands looks identical to Kahl's, but I can see a difference. The definition of knuckles and the palm of hands differs, yet both artists were fearless when it comes to articulating the most complex hand moves. 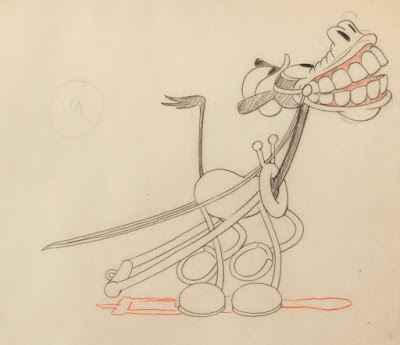 The guts of early rubber hose animation is astounding. Anything goes in order to get gags across in a surprising and funny way. No extensive life drawing experience necessary. The animators were free to invent animation for absurd and surreal situations.
I recently watched one of the old Oswald cartoons on the big screen, it made me laugh all the way through. This stuff is as timeless as the sophisticated feature films that followed.