Here is a little Kimball encore.
This is in reference to last post's photo with him signing the character board :
For the opening of this showcase of classic Disney drawing panels we had invited the remaining Nine Old Men. Frank and Ollie weren't able to make it, but Marc Davis and Ward came by.
At the end of our little wine & cheese reception my animator friend Doug Frankel,
who is a huge Kimball fan, had the courage to walk up to Ward and to introduce himself. Ward sat on a chair, facing one of these panels, stonefaced !
So Doug said excitedly :" Listen to this, Ward, I've heard this great joke !"
And he proceeded telling it, I forgot now what it was all about.
The punchline came, the joke was told....Kimball still stonefaced looking at the panel. He then slowly turned his head to face Doug and went :
"HAAAAR, haaar, haaar !!"
Ward's face then turned back to the panel.
I still remember poor Doug's awkward smile as he walked away to grab a beer.
Lesson #1 :  You don't tell Ward Kimball a joke, you let him tell you one !
The photos below show Ward at work on "Alice in Wonderland".
The live action pics with final film frame grabs might not match completely,
but it's close enough.
Following are a couple of key roughs of Old King Cole from "Mother Goose goes
Hollywood".
These remind me of an Ollie Johnston statement to students:
"Your drawings can be rough, but they need to be clear !"
That's what these are.
The rest are more drawings of Panchito and Donald for "The Three Caballeros".
Strong poses and tons of appeal...except for that one Donald sketch on the last sheet. Typical ! :) 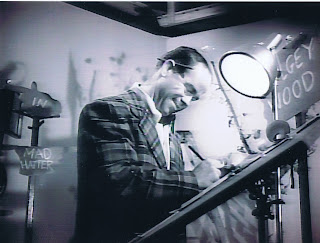 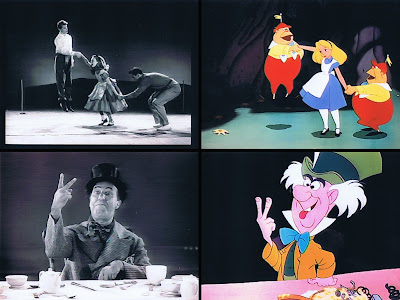 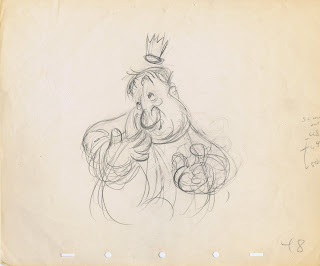 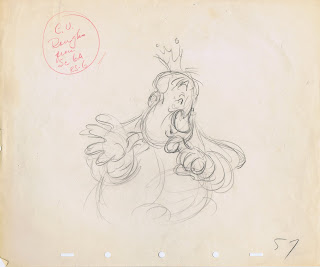 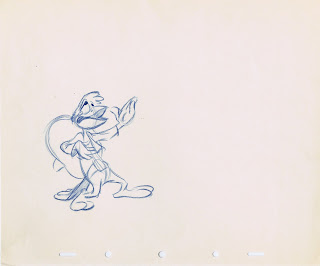 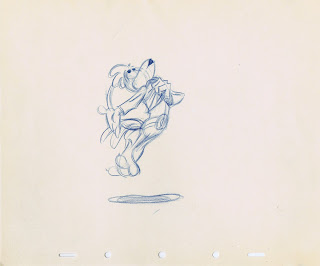 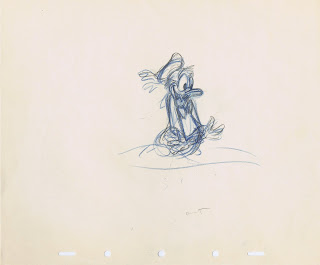 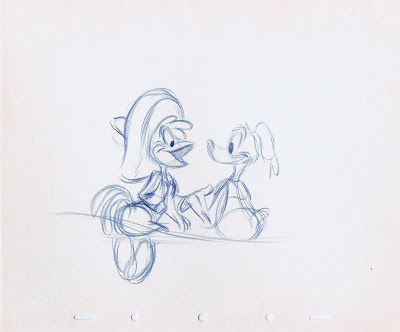 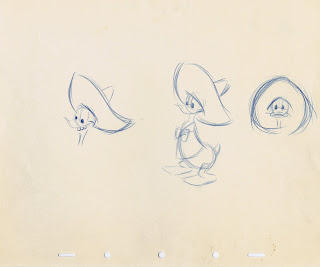