I recently came across this fabulous Russian artist who worked on several editions of Kipling's The Jungle Book. Vatagin lived from 1884 until 1969.

These illustrations show not only his knowledge of animal anatomy but also of specific animal behavior. Most of all it is clear to see how much he loved the natural world.

I found these interesting infos online:

Vatagin illustrated a great number of children’s books by Ernest Thompson Seton, Jack London, Vitaly Bianki and others, thus becoming a real live classic of Soviet book illustration. But it was Rudyard Kipling’s “The Jungle Book” that brought him fame and popularity. Vatagin started his work at the book in 1922 and continued it up to the 1950s. He created an enormous number of illustrations, about 200 in all, and returned to them many times. A book which came out in 1922 included about 100 illustrations. The 1934 edition of the book featured three to four small drawings on each spread, which show the plot development. In the 1965 edition there were fewer but more developed, expressive and finished illustrations. Vatagin made the drawings in black-and-white, with ink and pencil, in the auto-lithography technique. The wildlife here is full of danger, and the combination of black and white conveys the feeling of tension in the jungle (“Maughli Learned to Jump from Branch to Branch”, “The Herd was Already Unable to Stop”, “Hathi Stepped Forward — It Was Clear That He is the Master of the Jungle”). The artist also pays great attention to the details of Indian life. In all, there have been 12 editions of the book with the artist’s illustrations, and readers have loved his drawings just as they loved Kipling's tales 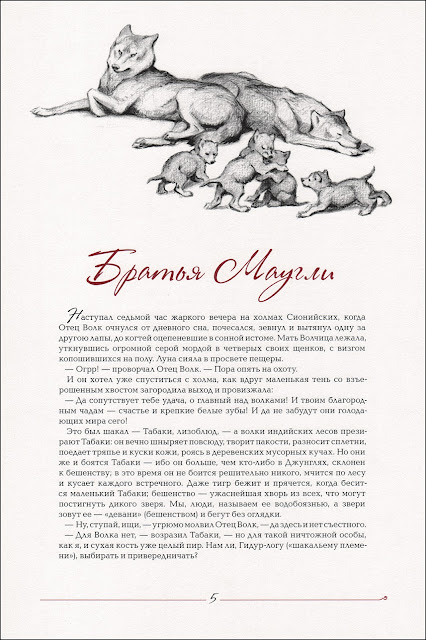 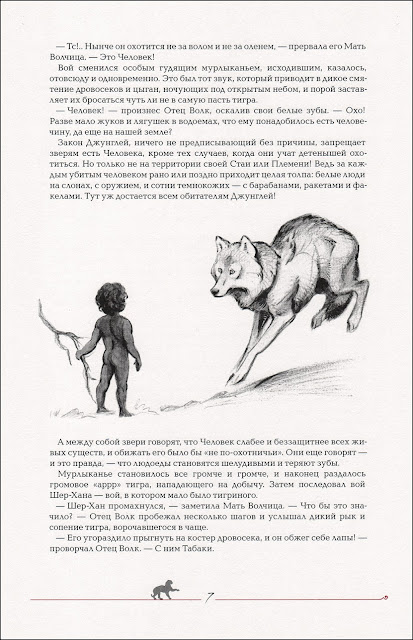 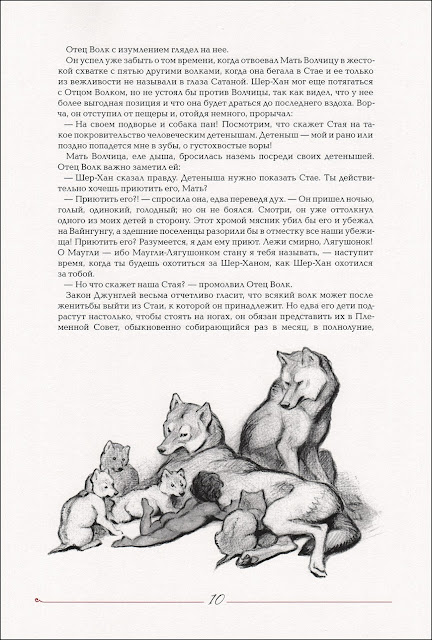 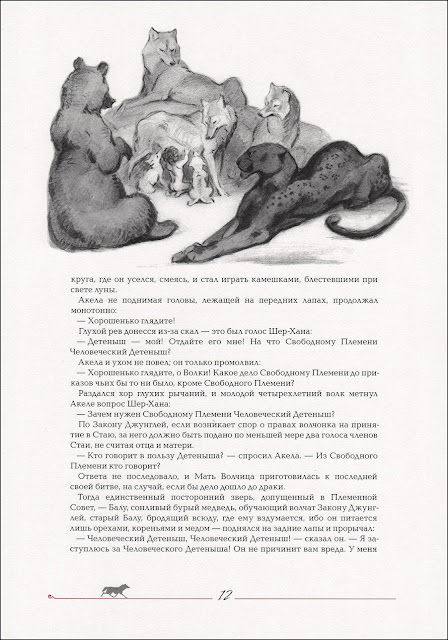 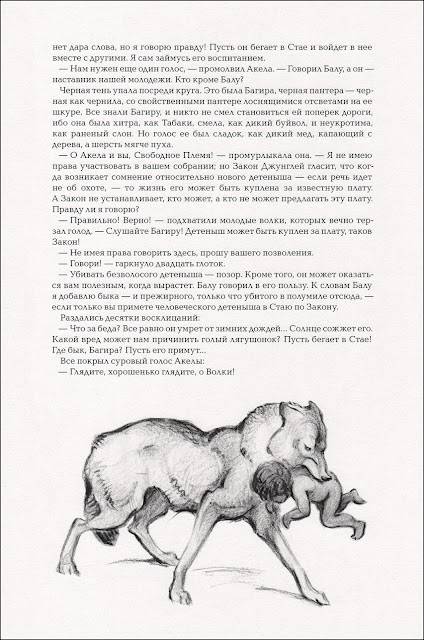 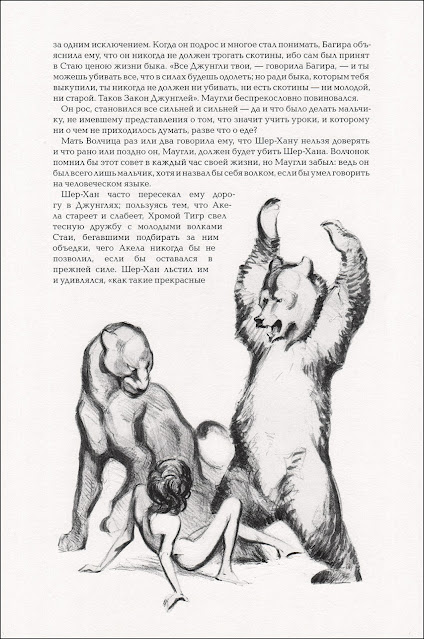 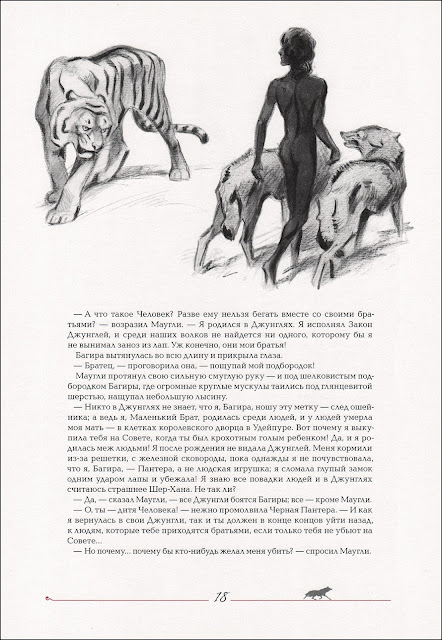 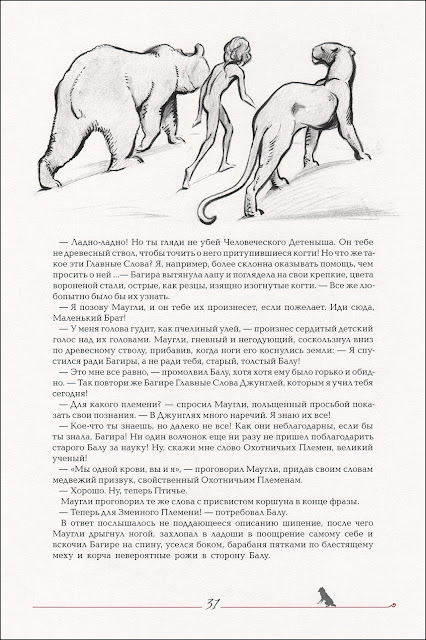 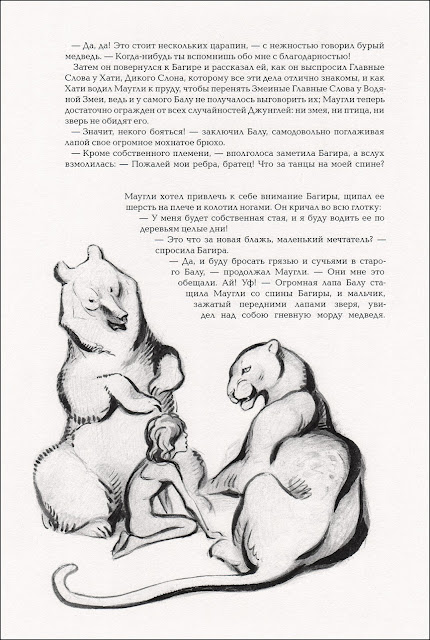 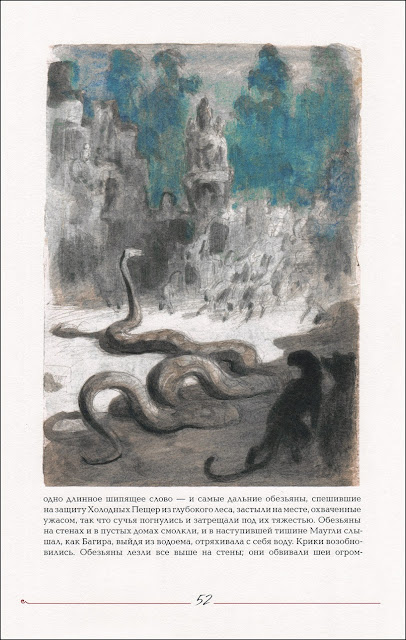 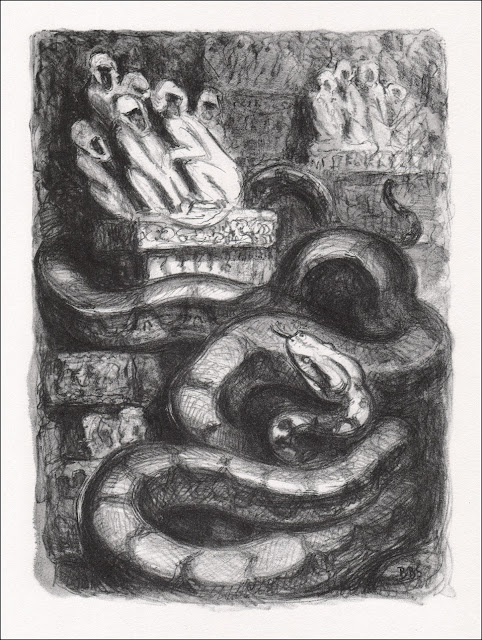 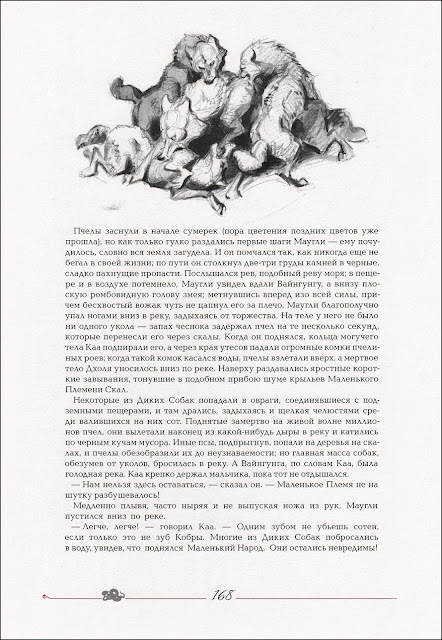 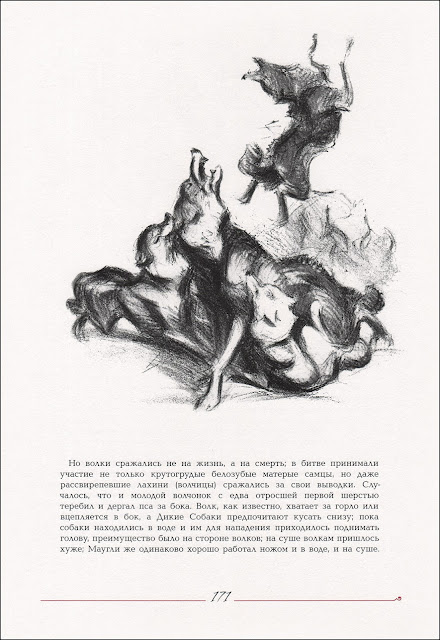 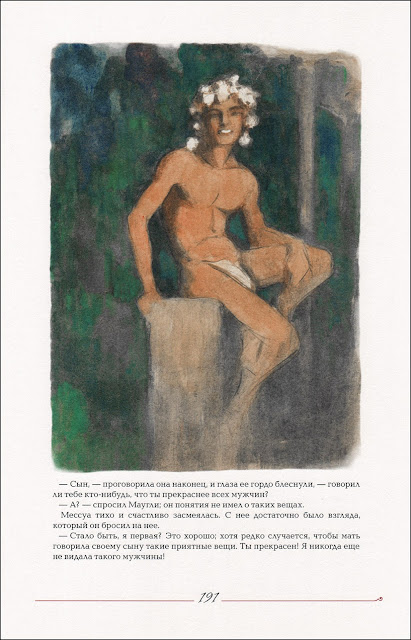