Ward Kimball was hilarious.
For the most part his animation differed from the work of his colleagues, it almost seems like once he mastered a certain approach,  he had to change to prevent
from being bored.  Frank Thomas felt that Kimball's only  sincere character animation was Jiminy Cricket.
From then on he needed to experiment and explore in order to keep himself entertained. And he always entertained us.
I didn't know Ward as well as the other then living Nine Old Men, but I had been invited to his house on a few occasions, and I even starred in a Disney TV show with him in the mid nineties.
We had just finished the Mickey Mouse short "Runaway Brain", and the Disney channel wanted to help promote it with a half hour special called  "Mickey reelin' through the Years". It also starred the kid actors from "Home Improvement", who asked us a few scripted questions, and we gave scripted answers.
Except....when it came to introducing me to the kids, Ward had a hard time pronouncing my last name. So it went like, take 11  :  Hia kids, this is animator Andreas Deeeegg.....ohh, sh#@ !!
Somebody finally held up a card board sign with my name spelled phonetically.
That did the trick, and Ward got close enough.
The shooting took all afternoon and into the evening. The kids had finished their parts and gone home, but Ward and I still needed to draw for the camera and comment at the same time. Since it was a getting late, Ward got a little bored with the whole thing.
They wanted him to draw a vintage version of Mickey, so he started and said:
"After I finish a circle for his head, I add two more smaller ones for his ears, Then I draw a line from his neck all the way down to his penis....."
All you heard then was the director yelling :" CUT, CUT, CUT!"
Wards facial expression was priceless, like: what's the matter, anything wrong ?
At the end of the day he gave me his "revised" drawing and signed it.
I have to laugh every time I look at it.
There are more funny Ward stories for later posts.
Also I need to put together a rough pencil test with one of his scenes from Fantasia.
Below is a beautiful story sketch of Ward, done for the feature "The Reluctant Dragon".
The first photo shows us getting our make up for the TV show.
In the the next one Kimball signs a big board with rough animation images.
I had a bunch of those boards made up to decorate the hallways at Disney.
Then there is the infamous Mickey drawing...which I think is just beautiful.
Following are animation drawings from the deleted Soup eating Sequence,
Jiminy Cricket, Panchito, Donald, Germania from "Education for Death",
the Reluctant Dragon (hysterical animation), Sascha from "Peter & the Wolf",
Tweedledee & Dum, and a cel from "Mars and Beyond".
What a range, what an animator! 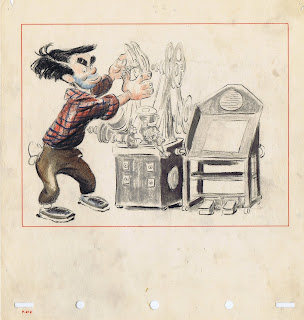 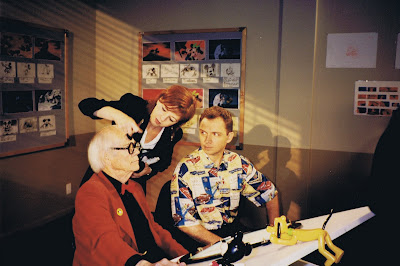 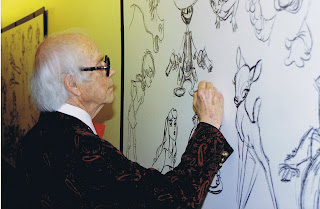 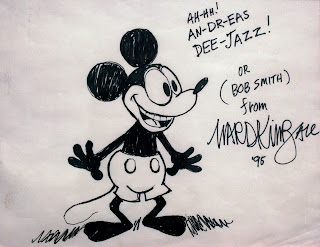 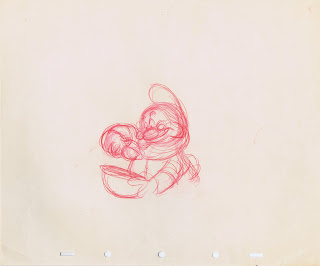 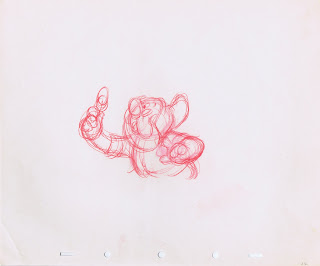 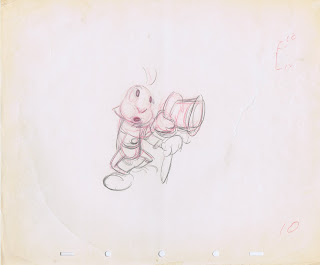 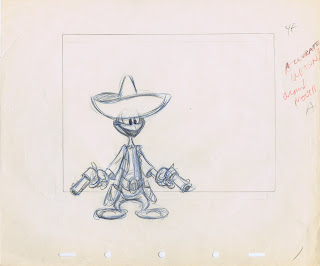 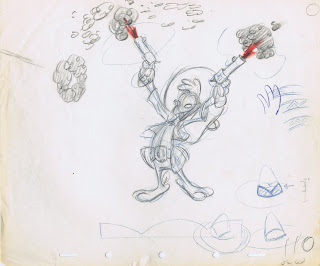 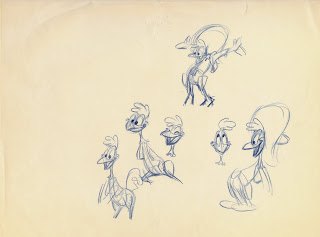 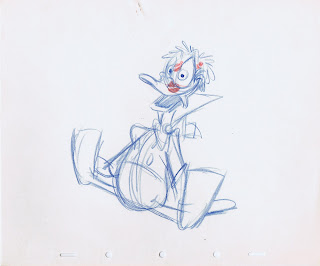 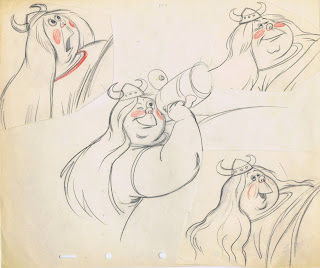 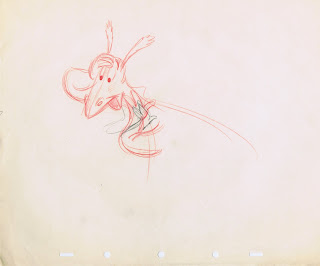 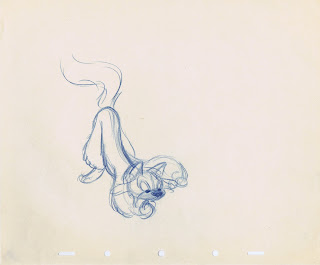 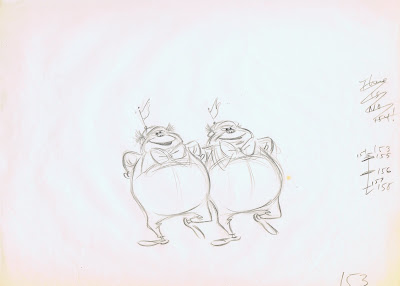 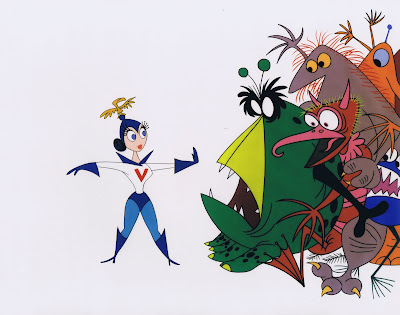