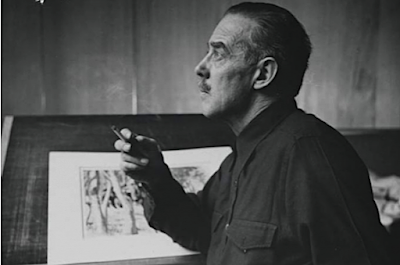 Fred Ludekens (1900 - 1982) was an American illustrator and a member of the founding faculty for the "Famous Artists School" (Art courses through mail correspondence.)
He was also a mentor to a young Milt Kahl, before Milt joined Disney in 1934. Both artists shared a studio in San Francisco and worked for an advertisement agency, most likely Lord & Thomas.
Ludekens was almost nine years older than Milt and naturally more experienced in the field of advertisement illustration. It is interesting to speculate what kind of influence his early art might have had on young Milt. I think there are a few similarities between these two artists.
As you can see in these images, Ludeken's style has deep roots in realism. The compositions are highly organized, and there is a graphic flatness to them, on purpose. Busy line work is carefully contrasted with flat shapes. Confidence and formality are attributes that come to mind.
These are qualities you also find in Milt's drawings. But...since he ended up working in the field of animation, the added element of motion makes his drawings and animation supreme. 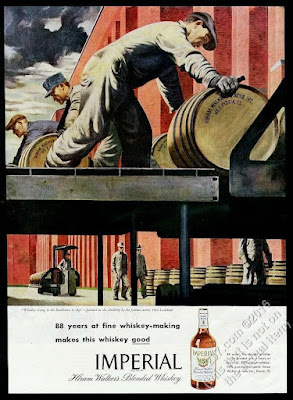 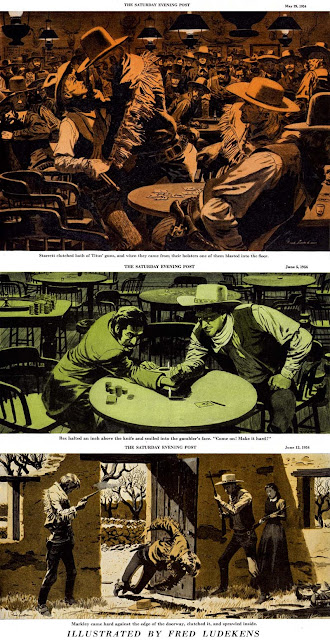 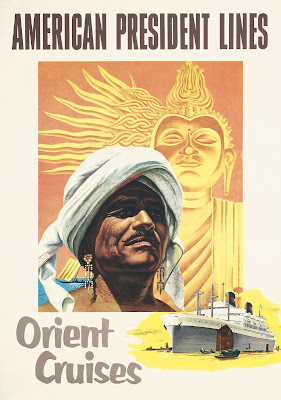 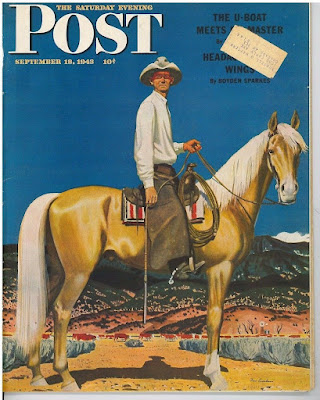 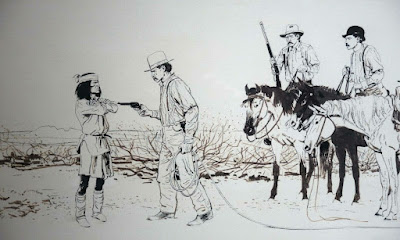 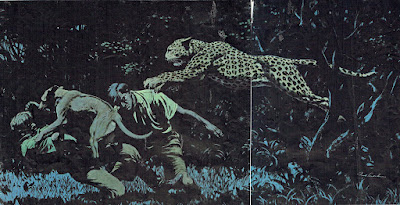 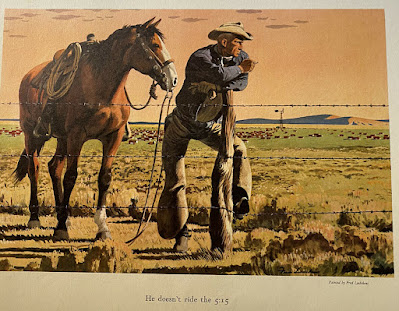 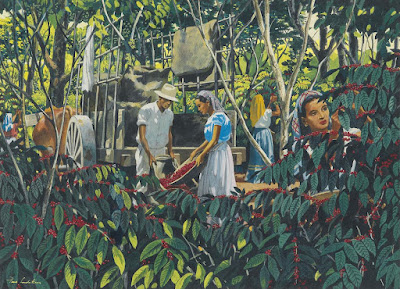