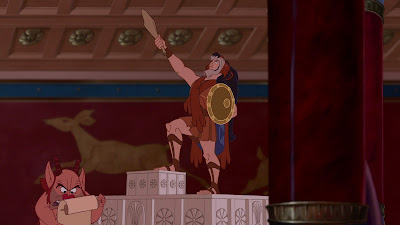 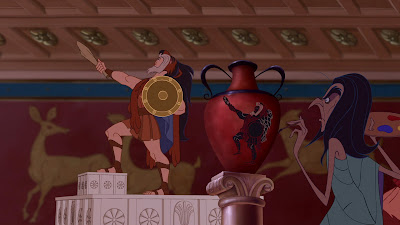 There are times when an animator has to think like a computer.
I remember feeling apprehensive when I started work on the scene above. Hercules is posing for a vase painter, "wearing" Scar's skin. As the camera moves screen right, a CG generated podium turns in perspective. That meant that Hercules needed to be animated holding still like a statue, but turn in perspective at the same time.
Having worked on Roger Rabbit actually gave me plenty of experience with this kind of a scene. However on that film the animation was usually very lively and energetic. But in this scene the one pose just had to match the rotation of the podium. I asked clean up to be extra careful with the in-betweens to avoid any unwanted graphic wiggles. Last time I saw the film it looked alright.

A thumbnail sheet for this scene as well as one that follows shortly thereafter, when Herc in frustration throws away the mock sword and the shield...and eventually Scar's skin. 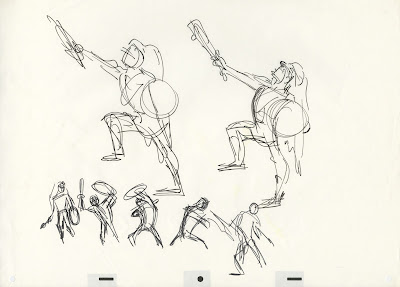 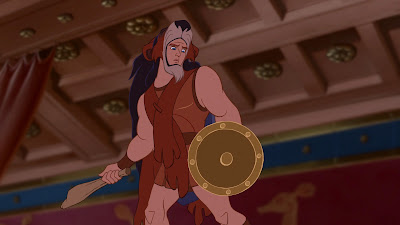 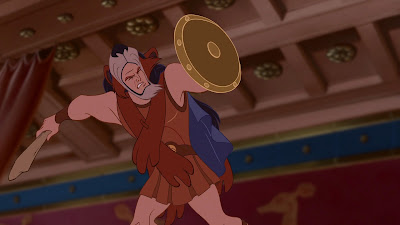 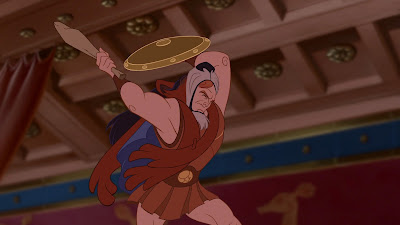 By the way this Scar gag wasn't my idea. Somebody in story came up with it. I thought it was kind of cute though when they asked me if I was ok with the gag. I had absolutely no problem with it.