A little more on Milt Kahl for now, (there will be much more later).
The two lovely ladies in the photo knew him well, particularly Sybil Byrnes
on the right.
She is Milt's daughter and says that her dad was not only driven by perfection in his work, but in his hobbies as well. Crossword puzzles, playing chess or fly fishing, he was great at all those things.
As a child Sybil was popular in school, because she could invite her classmates to
work in progress screenings of films like "Peter Pan".
The other lady is Kathryn Beaumont Levine, who as you might already know, is the voice as well as the live action model for Alice and Wendy. She remembers Milt well, and that he frequently updated Kathryn on how her character and certain sequences were coming along during the production.
The photo was taken at the Academy's tribute to Milt Kahl in April of 2009.
I had the honor of hosting this event. (And boy, was it fun!).
Following are pictures of some Milt's wire sculptures. They are a bit difficult to photograph, because they become two dimensional. Full of grace and beauty
they show again his sense for design and motion.
These pictures were taken by animation historian Robin Allen.
Then we have a bunch of hilarious Marc Davis gag drawings.
Marc and Milt were best friends, but I guess occasional arguments would come up
over issues like the length of Alice's arms. Too funny!
Today I finish with a few design drawings for the short "Lambert, the sheepish Lion".
Milt didn't animate on it at all, but for the final look of the main character they needed Milt's touch.
I see a foreshadowing of Tigger in the first sheet. Beautiful squash and stretch in his face. Wonderful gutsy drawings.
And again everybody, I do enjoy your comments. 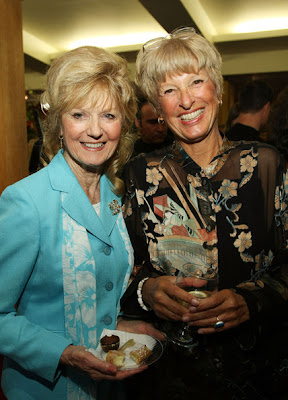 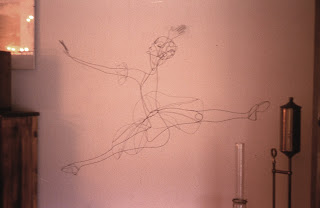 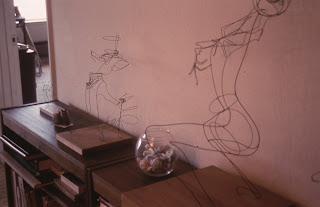 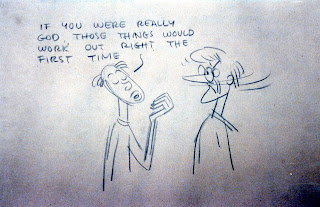 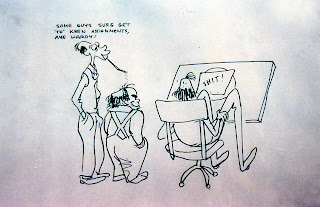 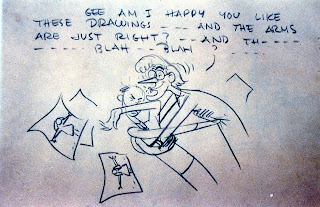 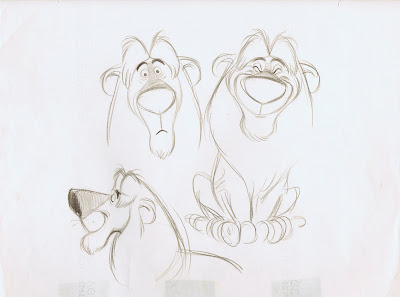 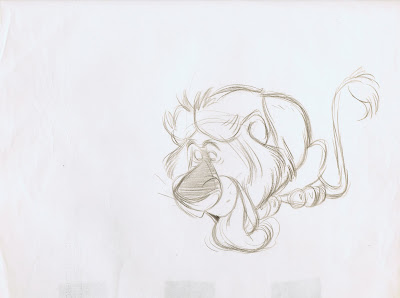