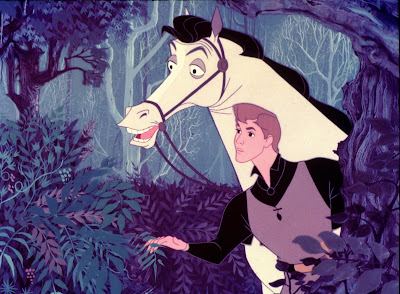 I know I posted about this character before, but there are many fascinating aspect to his development for the film Sleeping Beauty. As I mentioned before animator Milt Kahl didn't like the assignment of animating him from the beginning, not the kind of animation you could get your teeth into. Being the professional Milt was, he did the best he could with the story material given to him. Just imagine how much more interesting this prince could have been if he had a more important role in the film. It's a mystery to me why the studio in those days always underplayed the part of a prince, from Snow White and Cinderella to Sleeping Beauty. It seems they saw no potential or entertainment value in the male hero at all.
So it is amazing to see that Prince Phillip comes off as well as he does, but I do believe that this is mostly due to Milt's hard work.
Here are a few images that show Phillip's visual development.

Beautiful early costume research, possibly by Mary Blair, but I'm not sure. 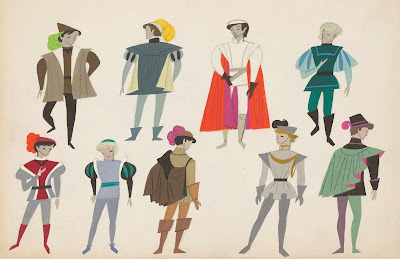 Marc Davis was the first animator/designer to work on Sleeping Beauty. This is his version of the prince. Milt thought he didn't look masculine enough. 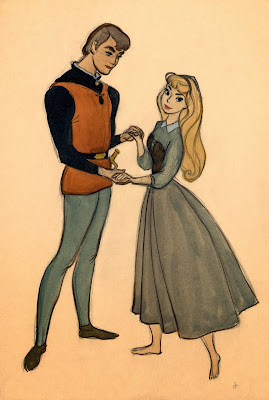 Live action reference was provided by actor Ed Kemmer, who was known for his role in the 1950s science fiction TV series Space Control. 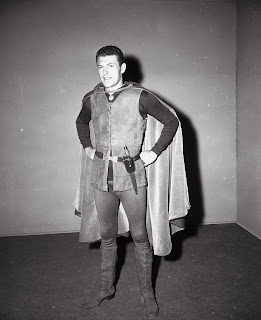 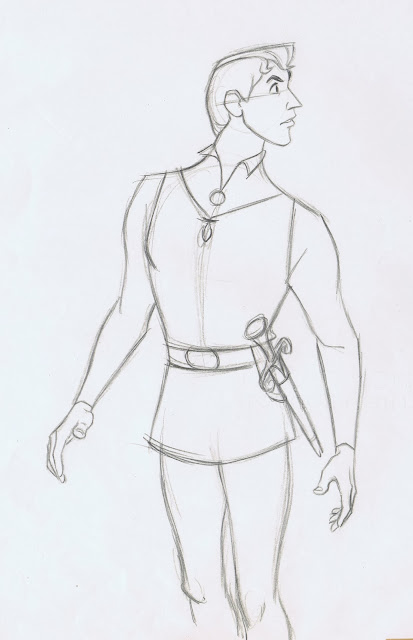 Phillip argues with his father King Hubert. Milt animated both characters in this scene, but for some reason he only tied down the prince with pencil, the king was finalized by somebody else. 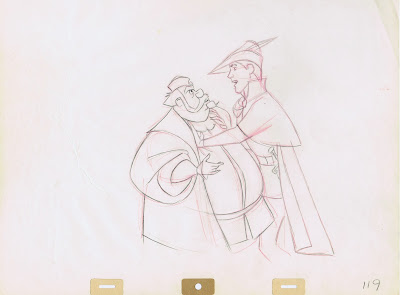 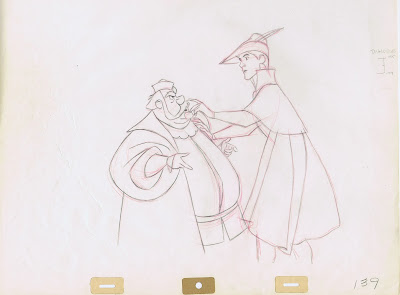 Milt didn't animate any action scenes, but he helped other animators to keep the prince on model. 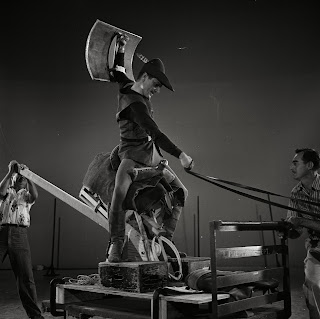 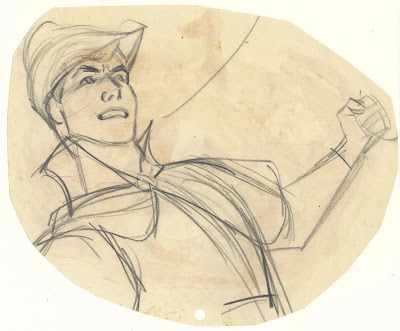 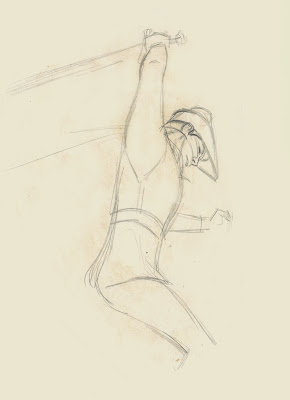 A photo stat and the corresponding animation drawing. They reveal how Milt was able to look at live action reference and find the essence for his animation. Looking at this drawing, Frank Thomas told me once that only Milt Kahl could simplify the human body this way. 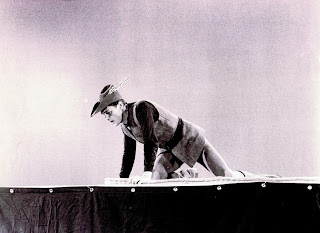 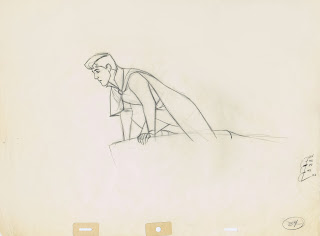 His part might have been small in the movie, but Prince Phillip made the cover of a few beautifully illustrated story books as well as promotional material. 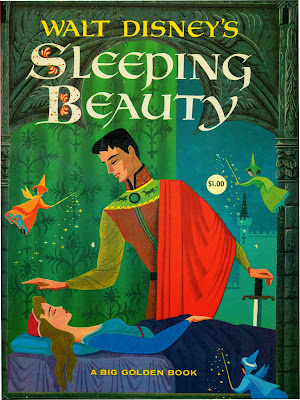 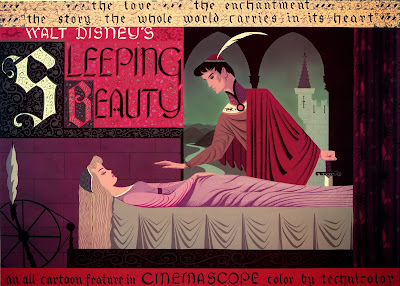