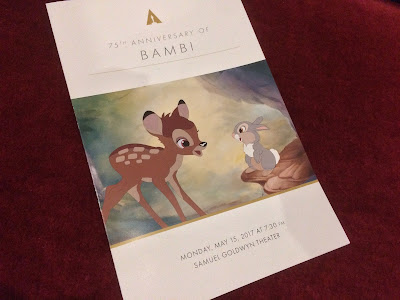 Great evening last night at the Academy.
Host Leonard Maltin led the panel, and it showed how much knowledge and appreciation he has for the film. While Disney art director Paul Felix and myself represented a newer generation, Donnie Dunagan and Peter Behn were the real stars of the evening. They recalled how they were selected as the voices of Bambi and Thumper. Behn remember how frightened he was watching the forest fire during the film's premiere screening. Dunagan at age 5 fired his manager, who thought the audition at Disney for a baby deer wouldn't be worthwhile.
It really was a historical evening. Disney provided a 2 1/2 min. pencil test from the film which left the audience in awe.
There was also a tribute to Tyrus Wong, whose fingerprints are all over this movie. 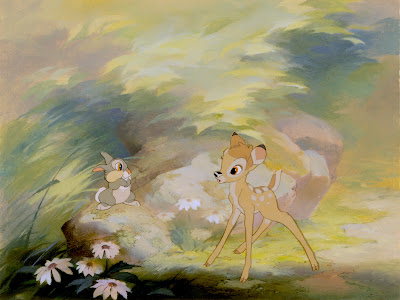 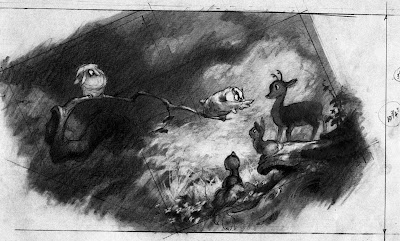 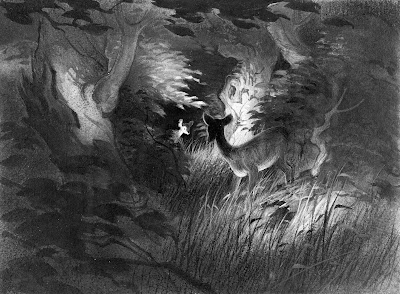 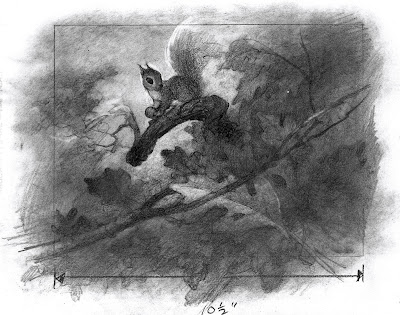 The two kids who made movie history: Donnie Dunagan and Peter Behn. 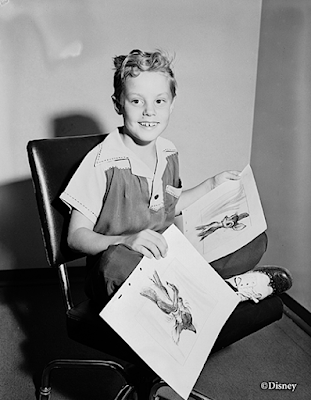 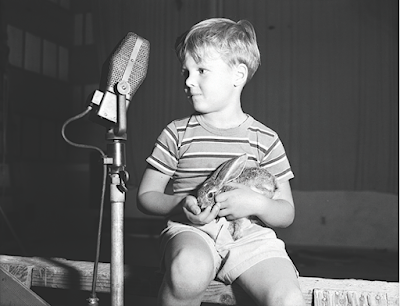 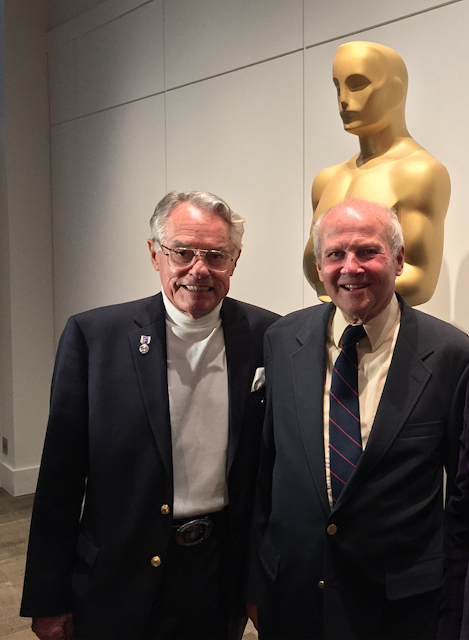