You really can't overstate the inventive animation Bill Tytla produced during his time at Disney.

Just take his work on the Giant from the 1938 short The Brave Little Tailer.  On the surface his design is pretty cartoony. Around this time Giant personality types similar to this one showed up in short films from other studios. But Tytla's animation shines because on top of basic animatable forms he applies real human anatomy. Each hand, leg or foot is a study in a classical sense. The way finger- and toenails are drawn in proper perspective shows that this man was a master artist who knew the human figure.

And then there is this tremendous feeling of weight in the animation. WEIGHT !! One of the most important components in any kind of animation.

These clean up lines were drawn over Tytla's rough animation, on the same sheet of paper. That's why the drawings have such vitality as well as beautiful dimensional volumes. Groundbreaking work.

Are young animation students today still studying this kind of stuff? I sure hope so. 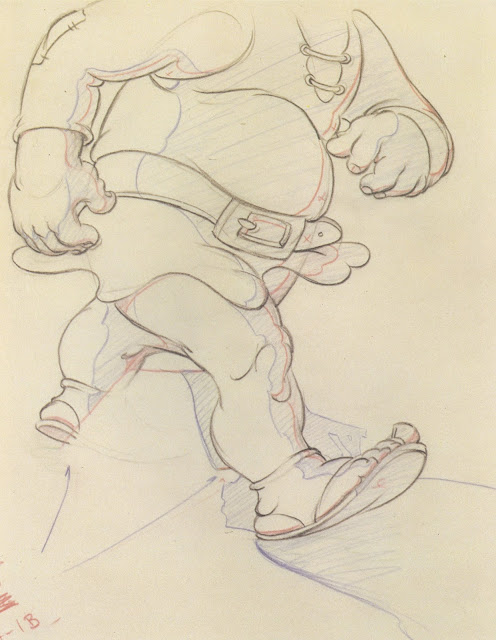 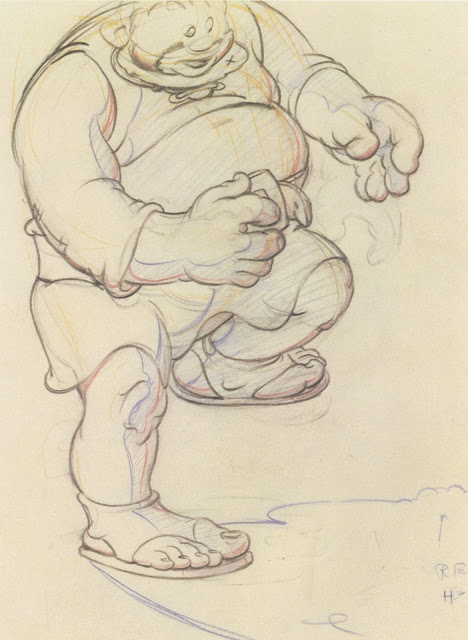 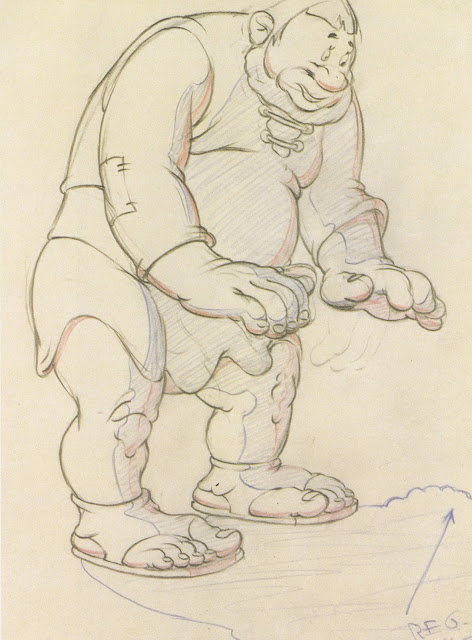 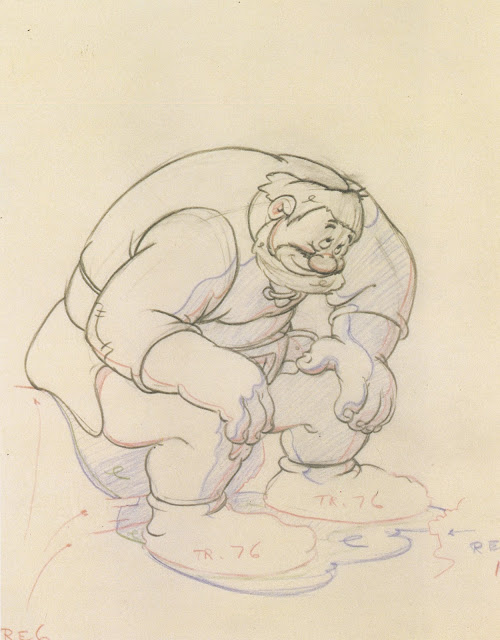 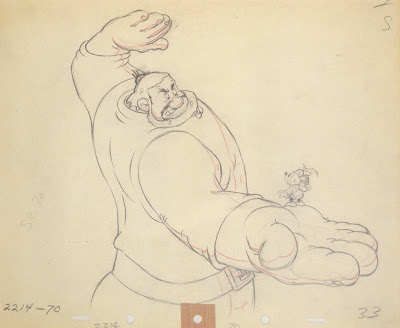 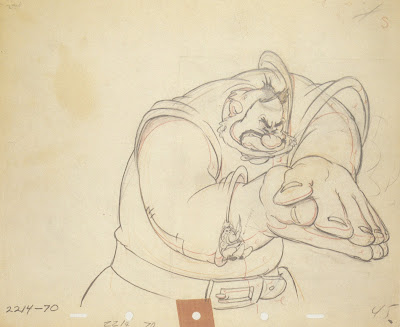 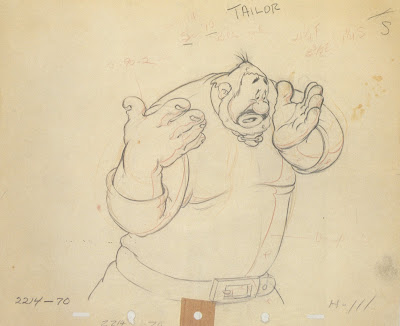