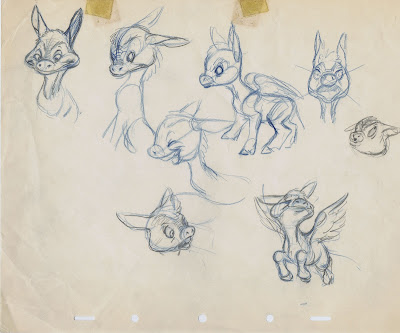 In  February of 1945 Disney Studios released the feature "The Three Caballeros".
The most charming sequence in the film is probably The Flying Gauchito. Frank Thomas did most of the animation of the two main characters, the Gauchito kid and the Burrito.
But Eric Larson did significant scenes as well. I can see why he was cast on the flying donkey, after all Eric had done a beautiful job with the flying horses in Fantasia.

These are his design sketches and a few animation drawings showing the Burrito taking off. Eric admitted to some of us that drawing didn't come easy to him, he actually had planned to become a writer. But when he fell in love with animation his career took a turn, and Eric worked for Disney as an animator (and later animation teacher) for the rest of his life.
There is a lot of work in these drawings. This is a fantasy creature, but the anatomy is based on a real donkey, and the wings move convincingly. 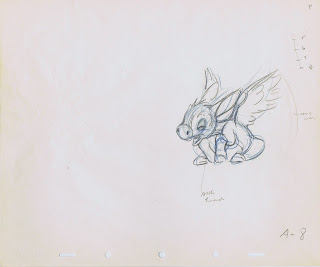 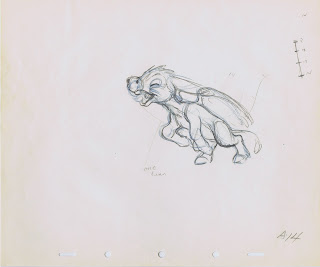 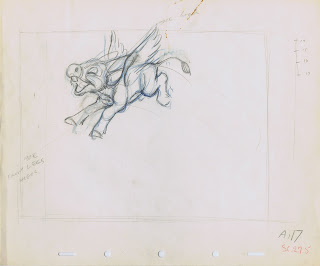 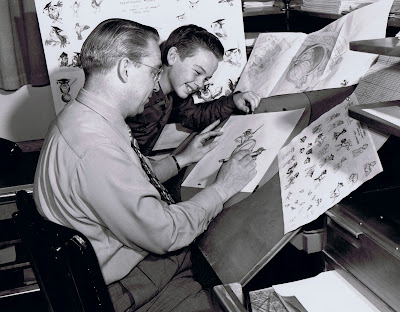 A few years later this photo was taken, showing Eric with actor Bobby Driscoll during production of  "So Dear to my Heart". Eric animated scenes with the Wise Old Owl and the Lamb Danny.

Even though Eric Larson's draughtsmanship might not have come up to the level of some of his colleagues, his sincere love for the medium shows in every one of his assignments.
Posted by Andreas Deja at 10:06 PM 7 comments: