Ollie had a cranky Assistant... 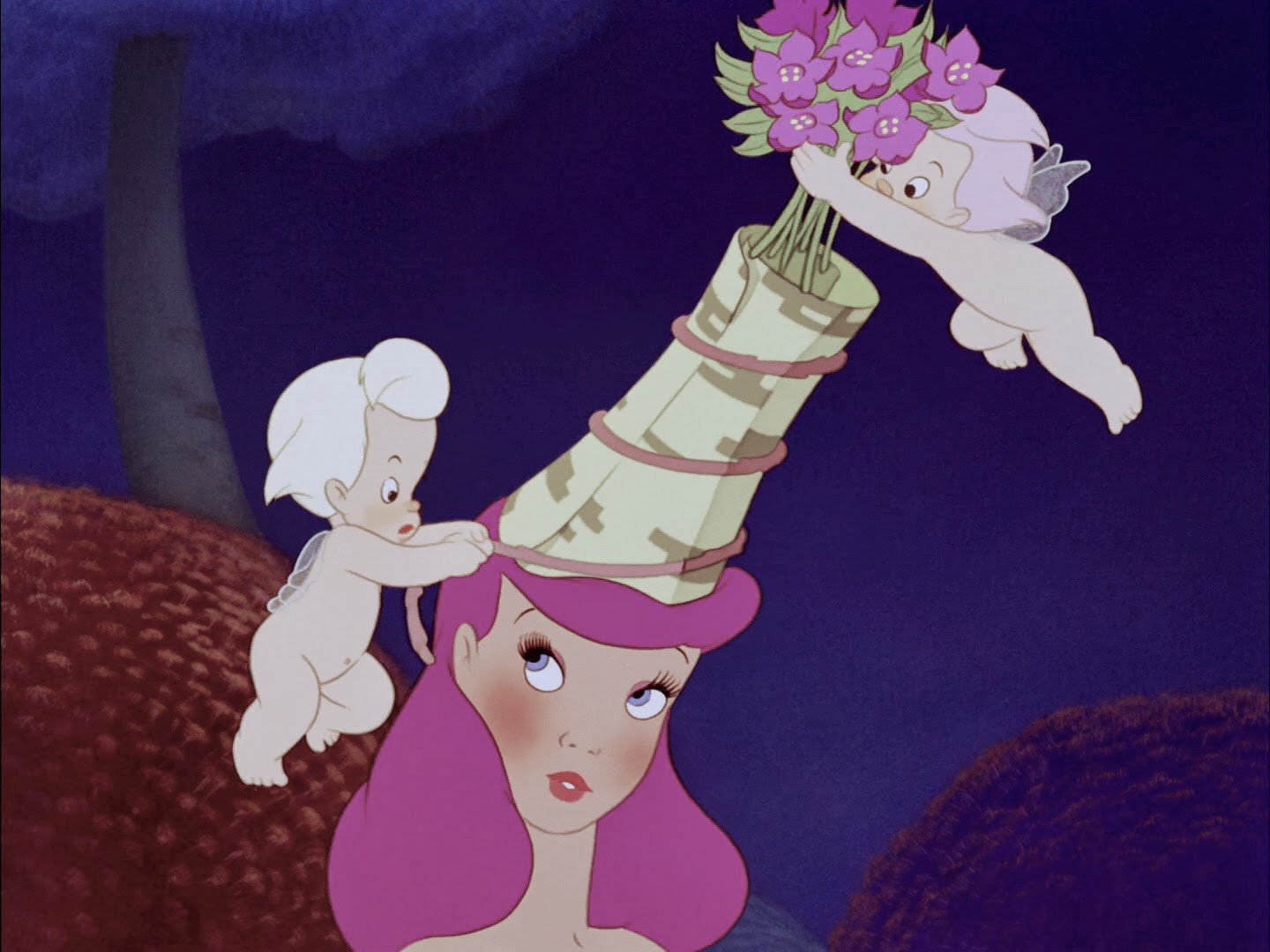 …while he was working on a few close up scenes featuring the centaurettes from Fantasia's Pastoral sequence. Further down are Ollie's original rough drawings that were handed out to an assistant to be in-betweened. (Unfortunately I don't have the animation of the two cherubs, who create this sort of hat from a piece of bark and flowers.) 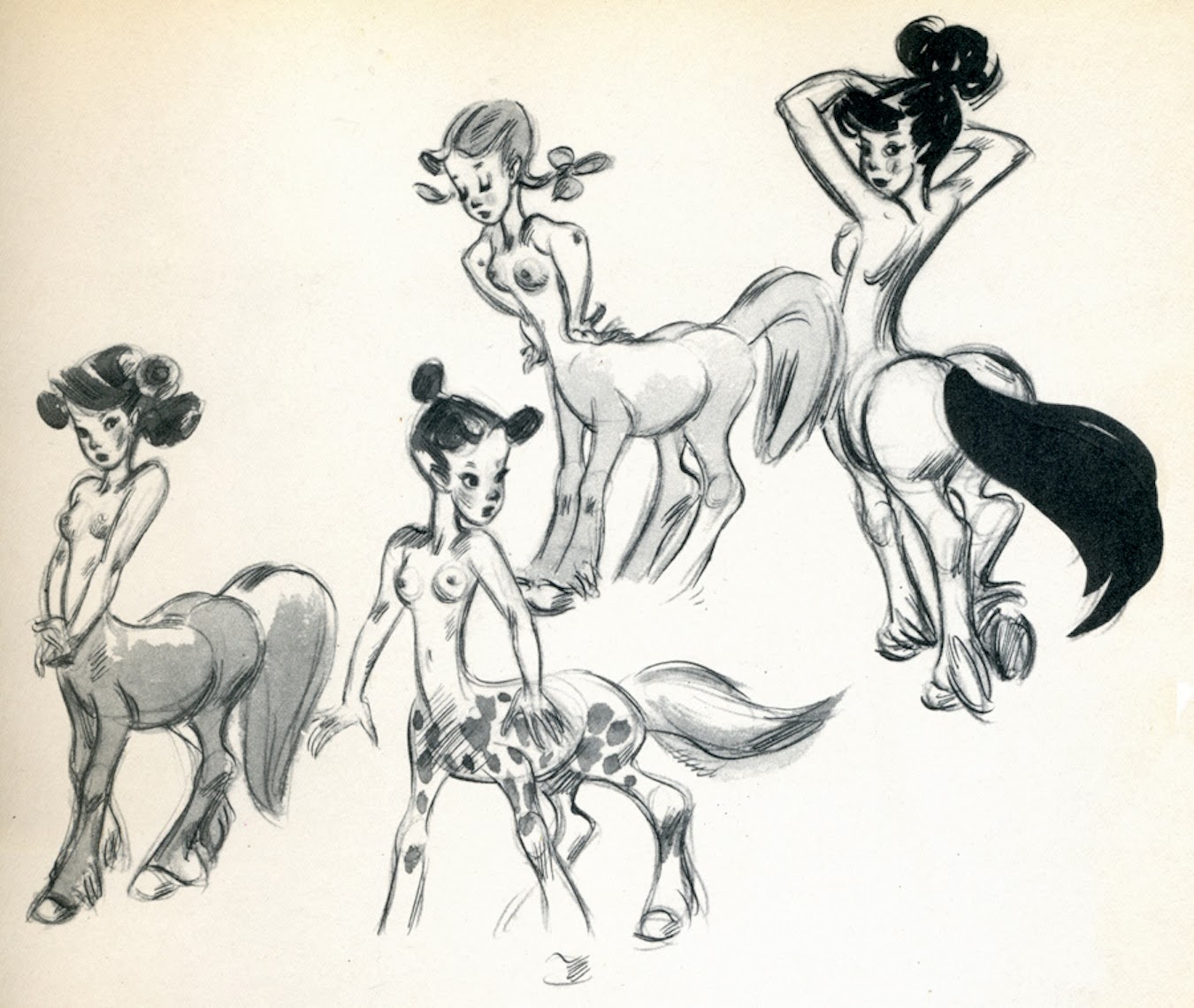 The designs for the centaurettes were created by Fed Moore, who had been a mentor to Ollie when he first joined the studio. These animation drawings show a complete understanding of Freddie's way to draw girls' faces. Full cheeks, a round nose and eyes with long, almost straight lashes.
I am sure Ollie animated scenes like this one very quickly, he re-numbered  the drawings several times until the right timing was achieved. I should say he also re-numbered them very quickly, making them a little hard to read for anyone else down the production pipeline.

The last drawing includes a note to Ollie from a very upset assistant, who was either fearless…or naive. 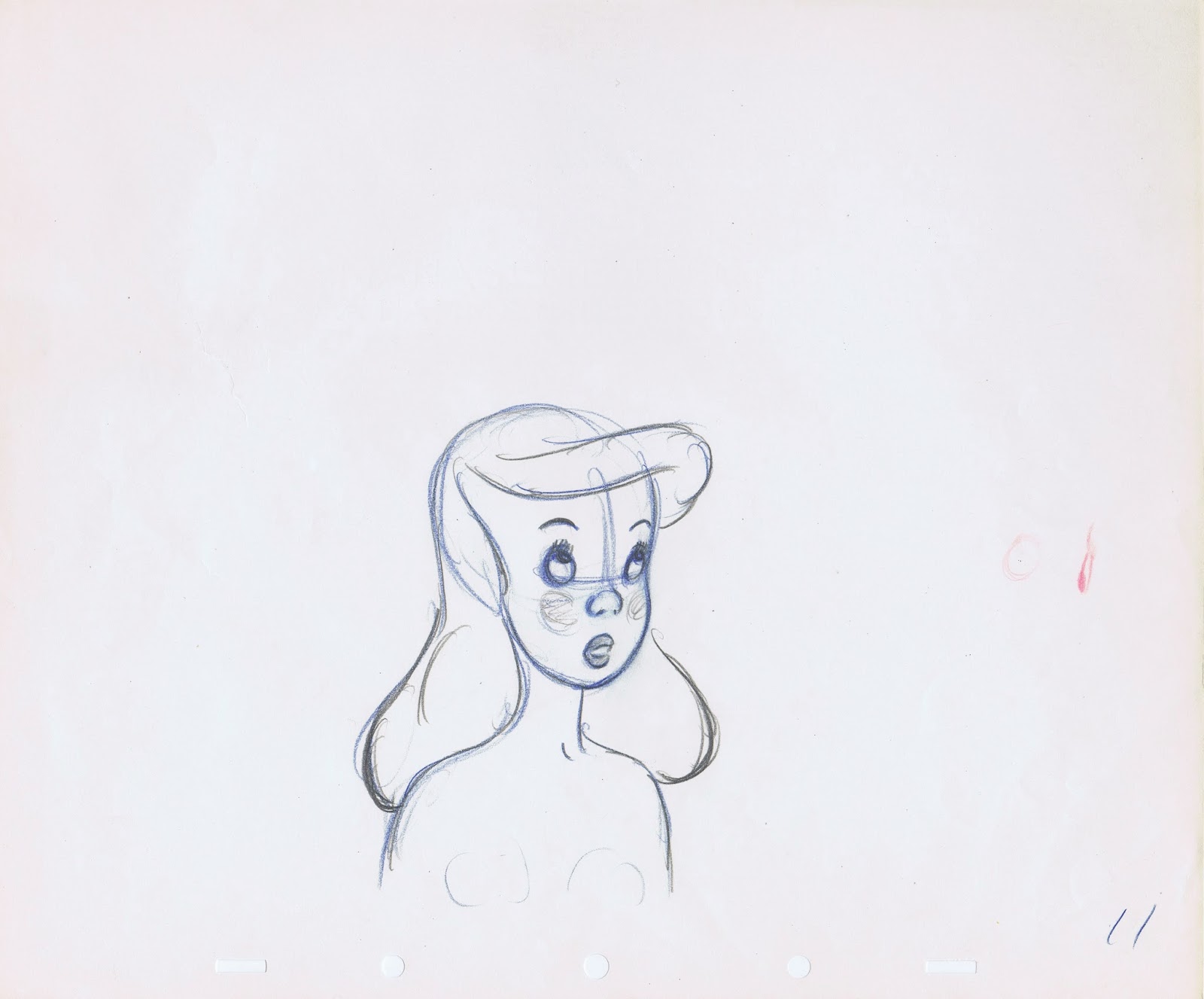 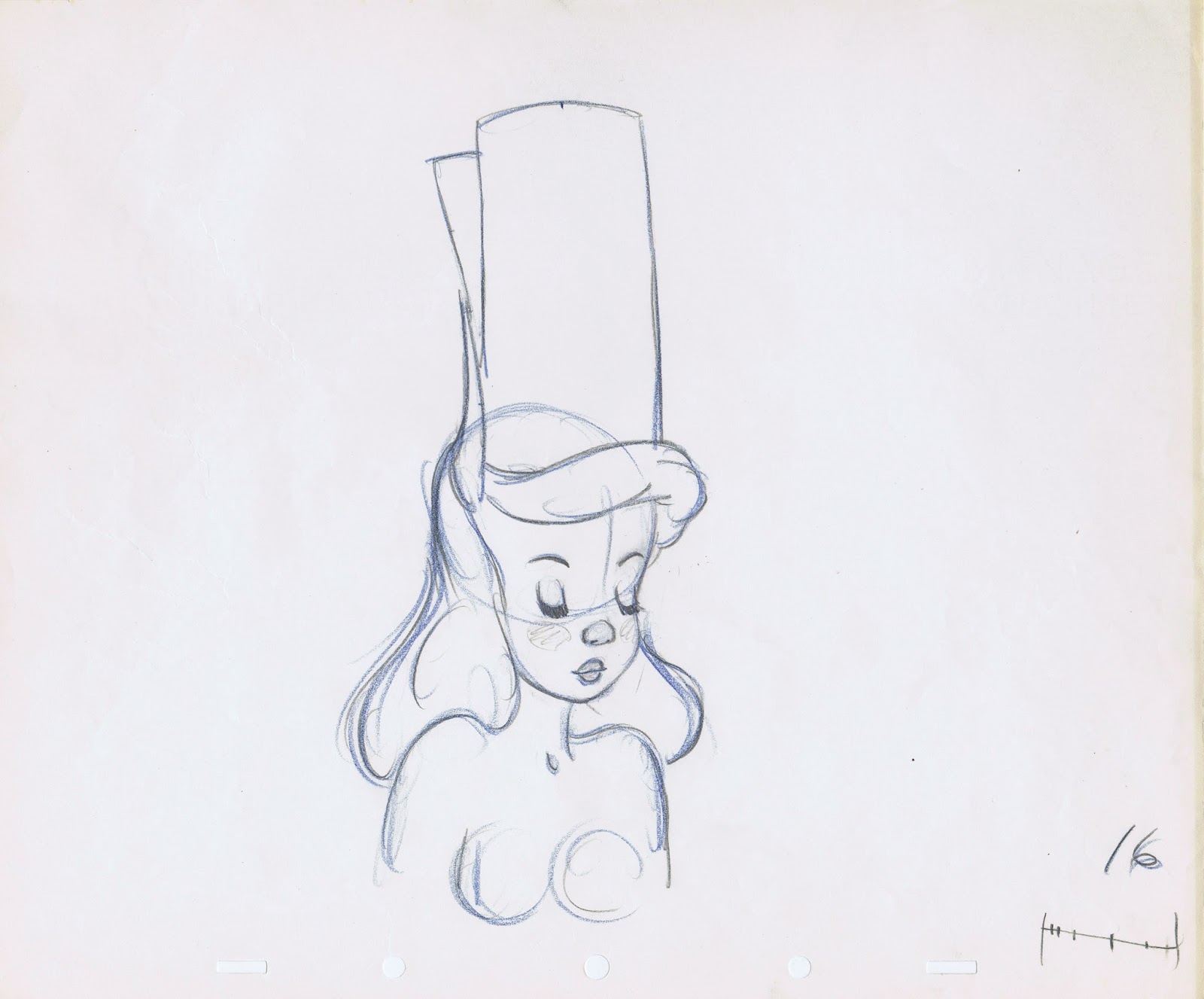 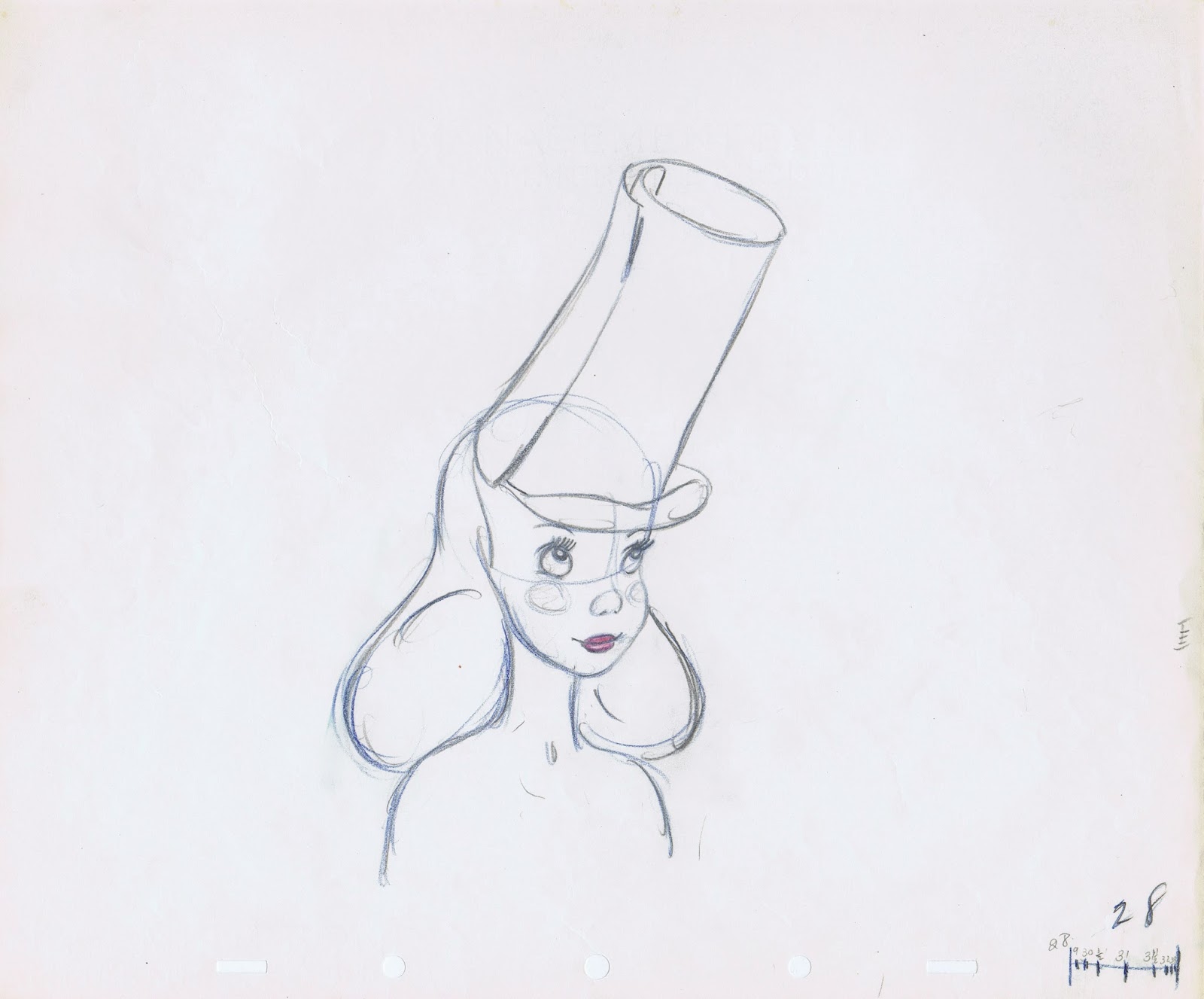 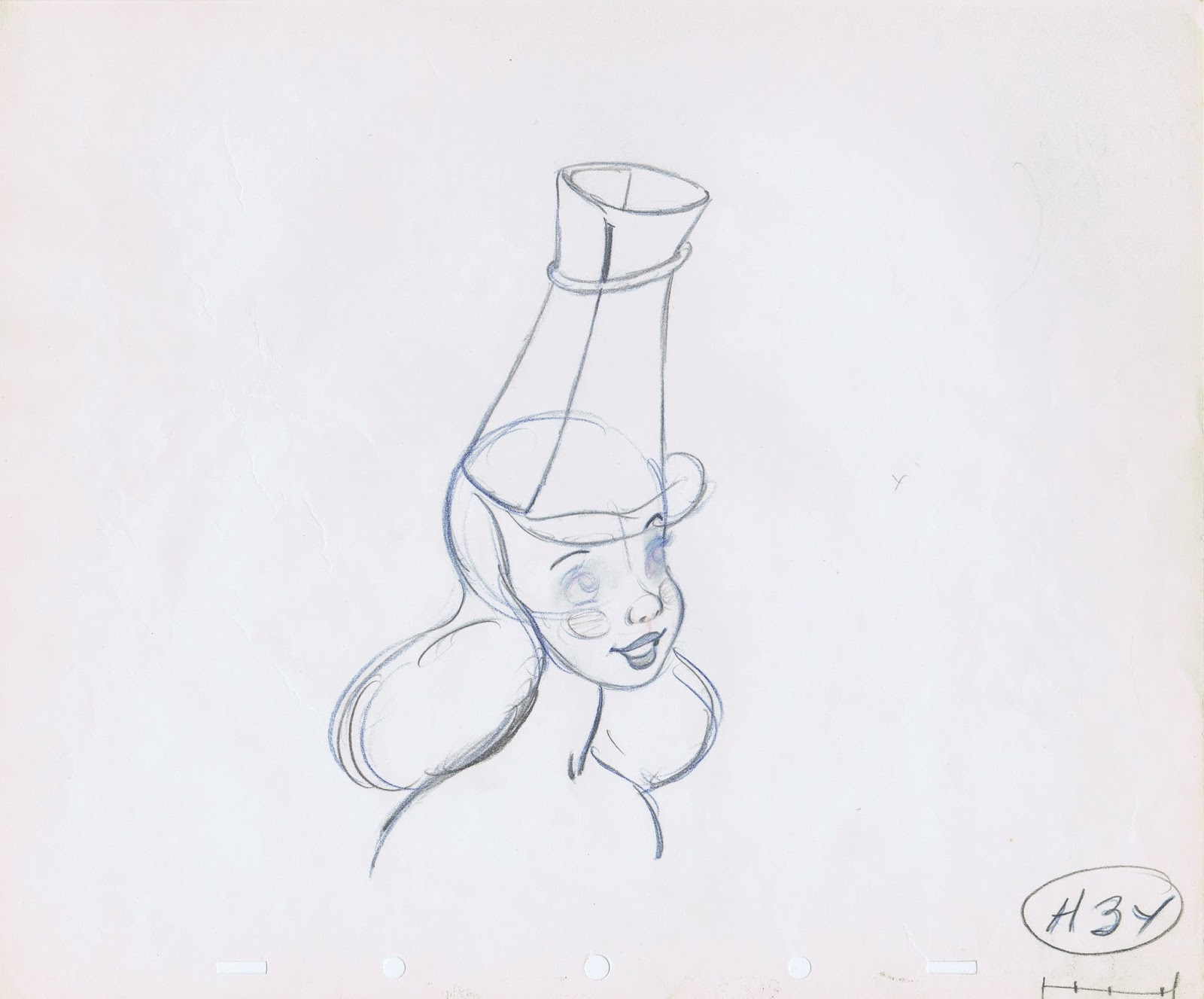 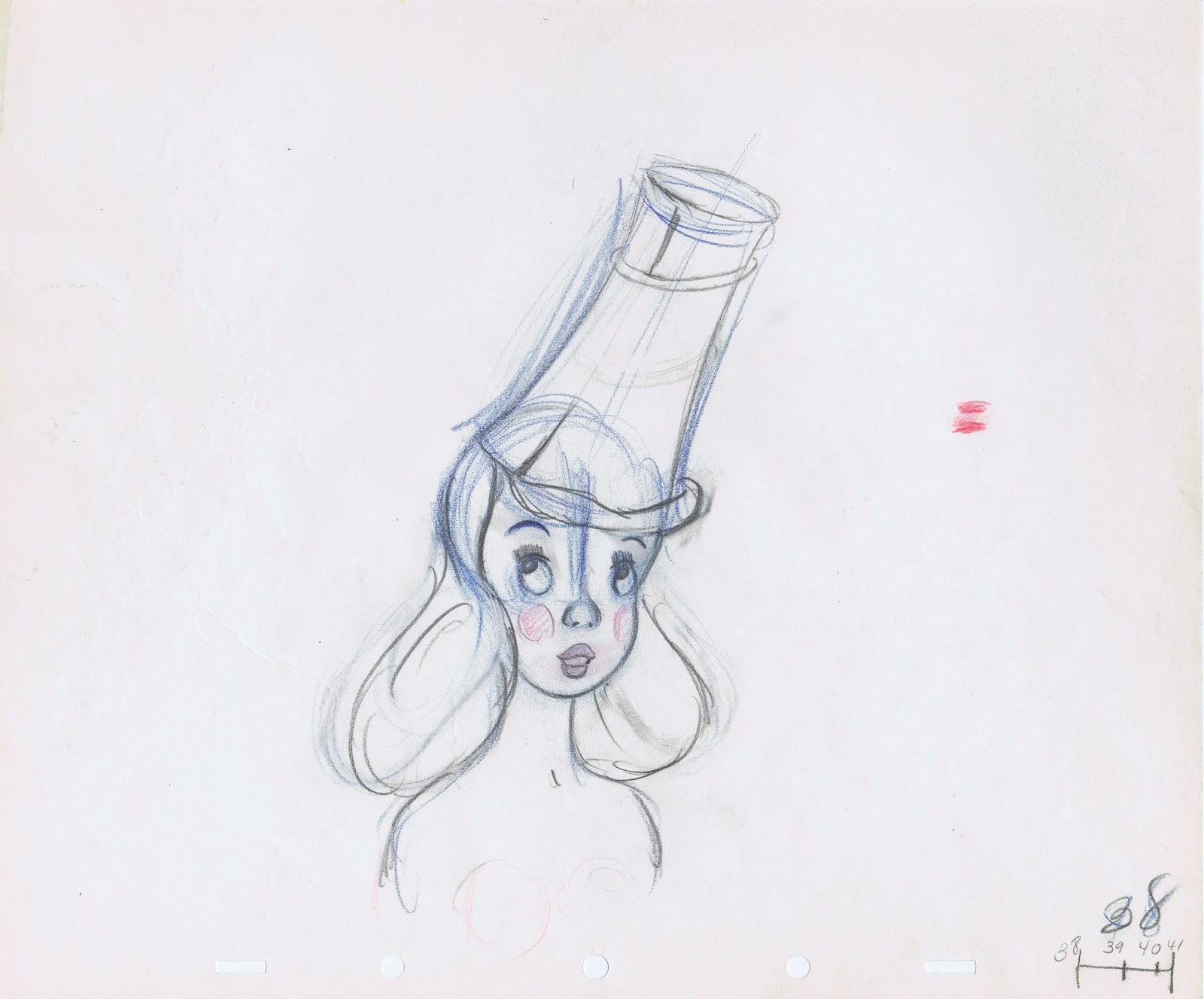 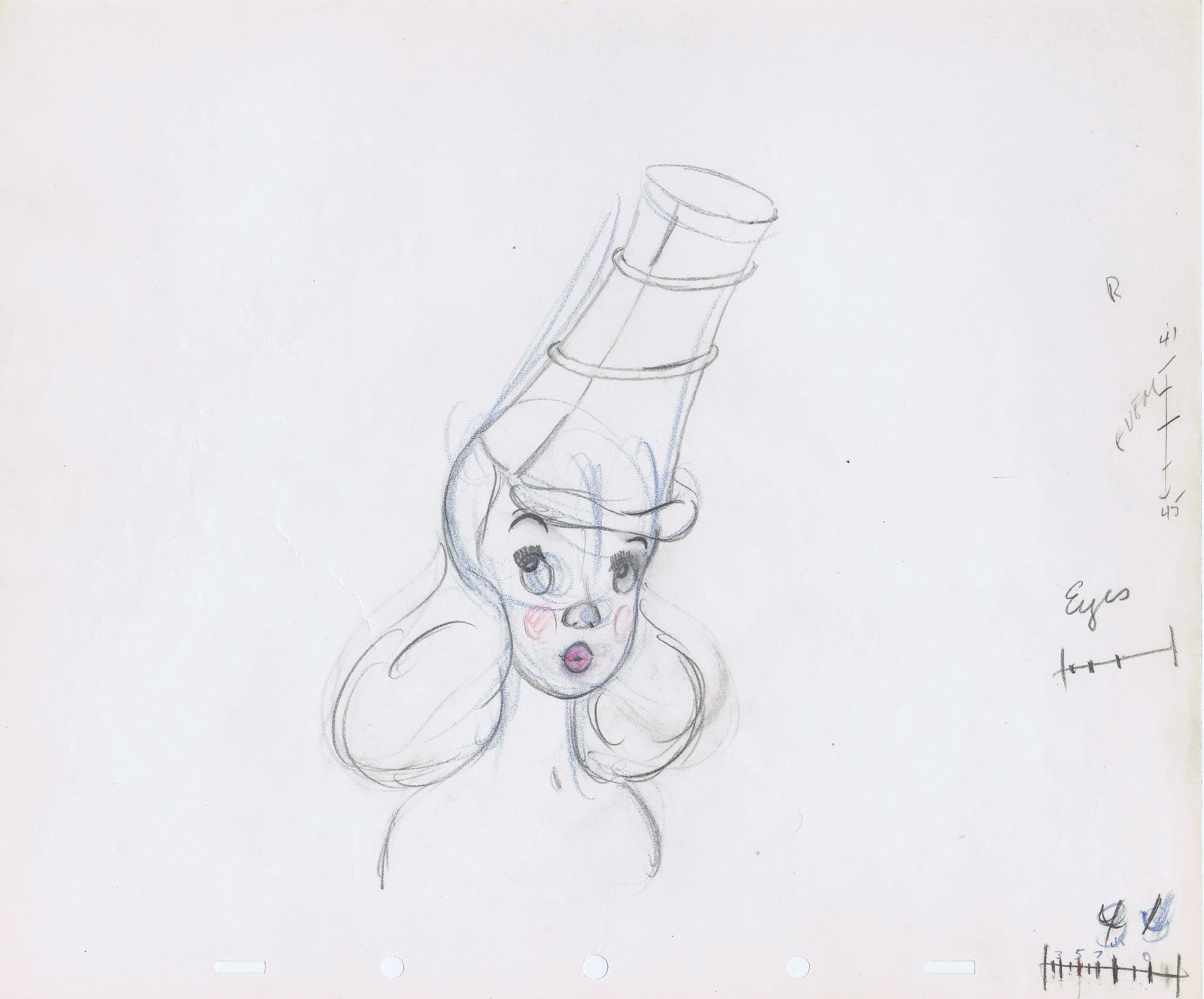 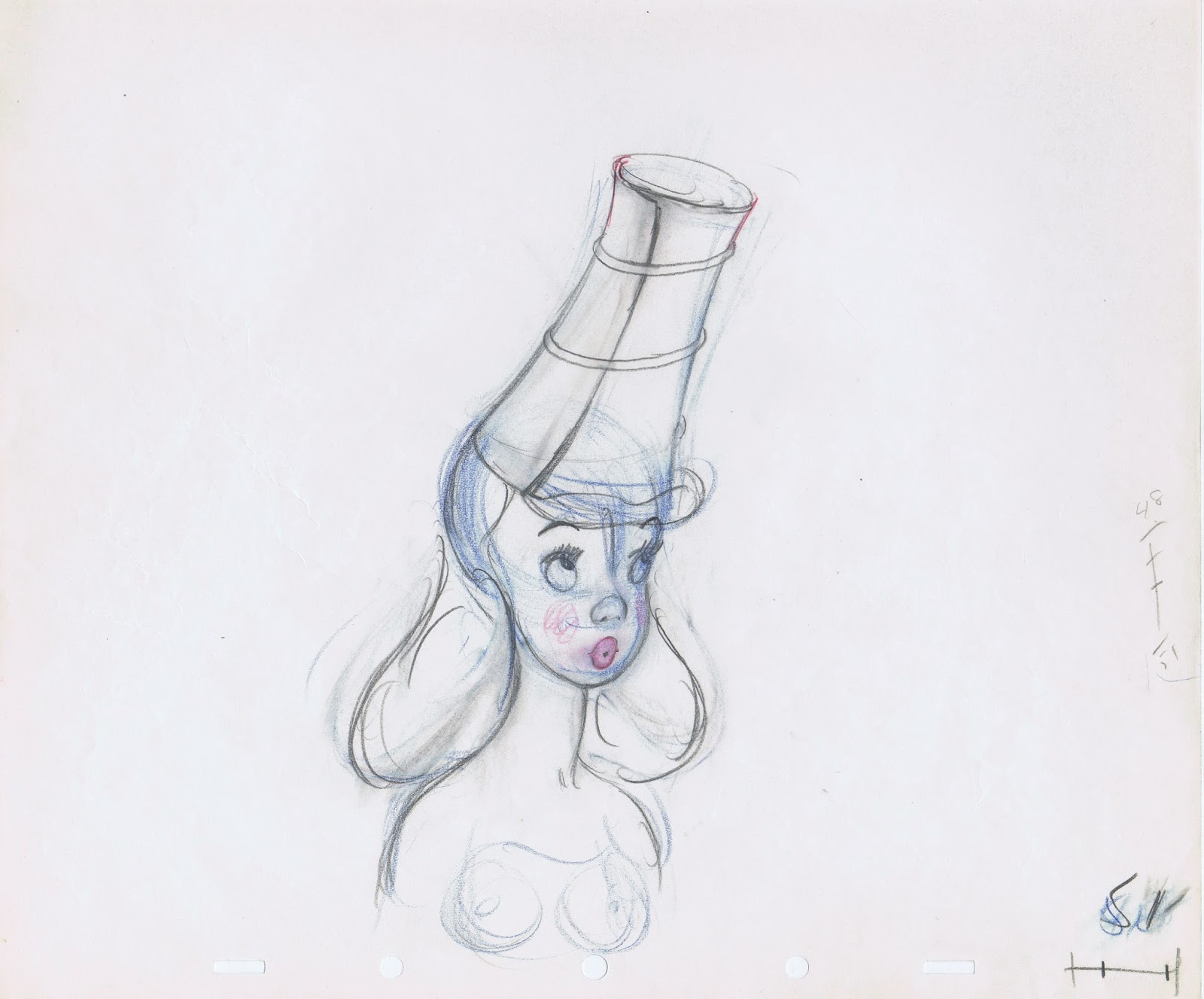 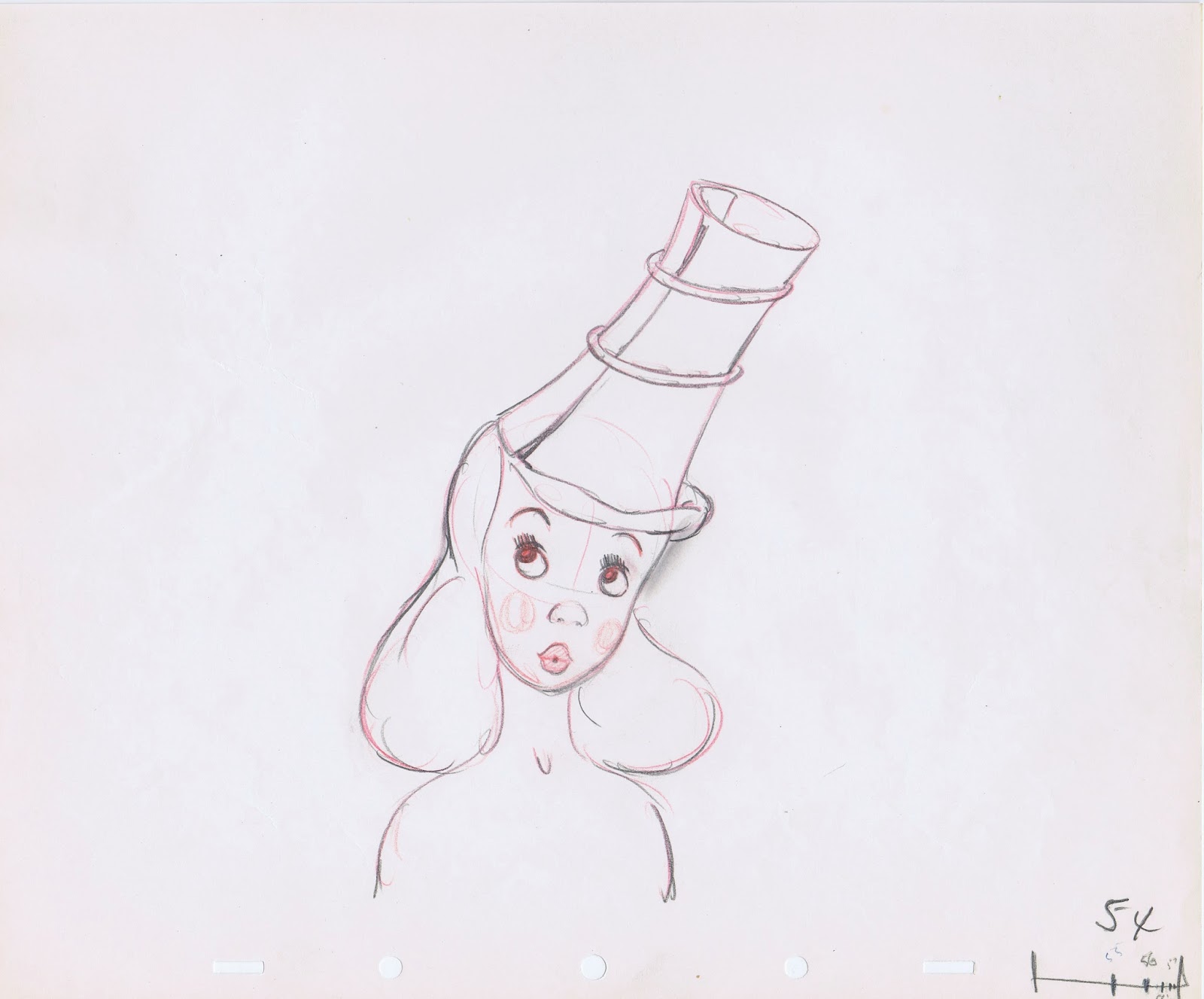 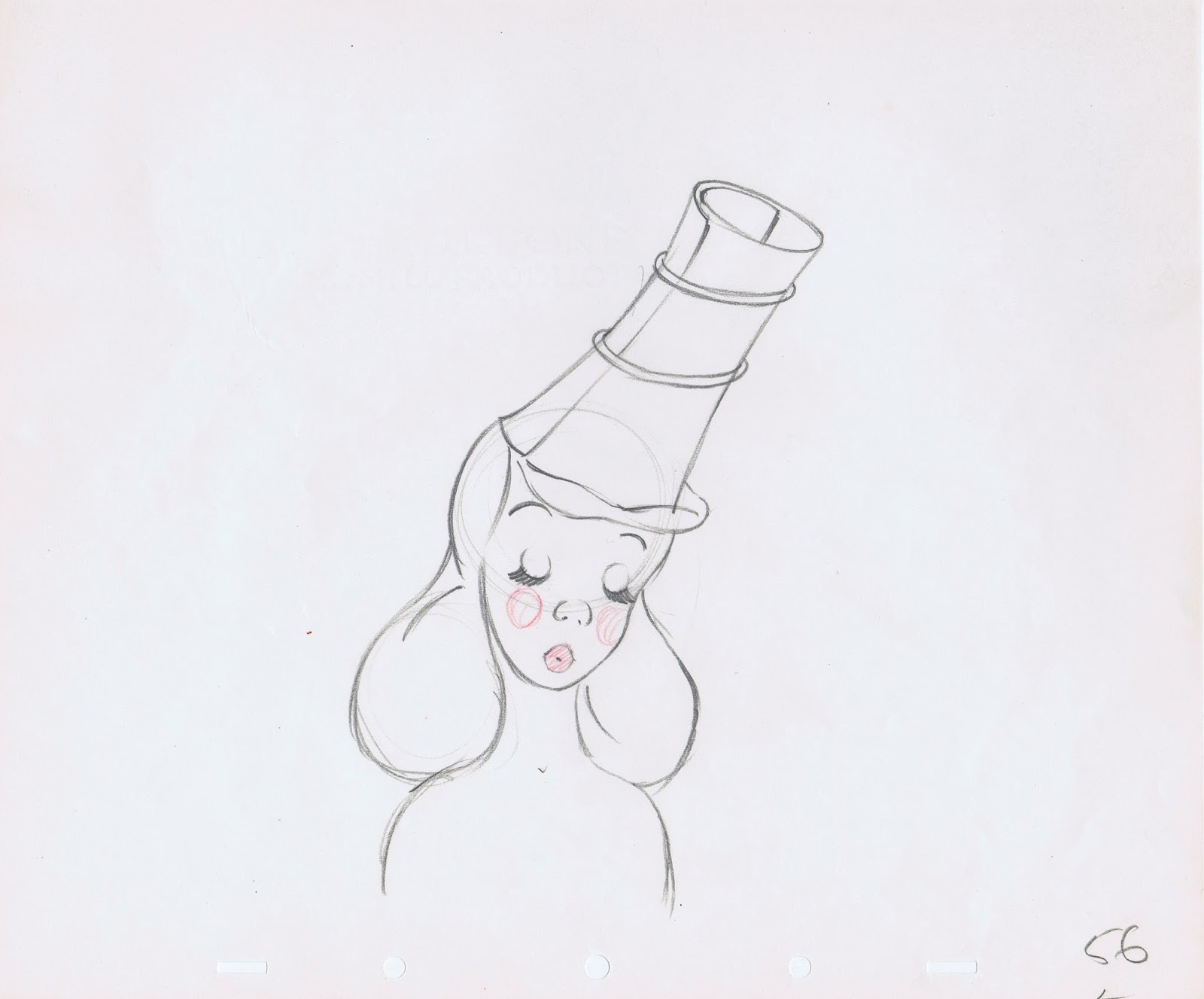 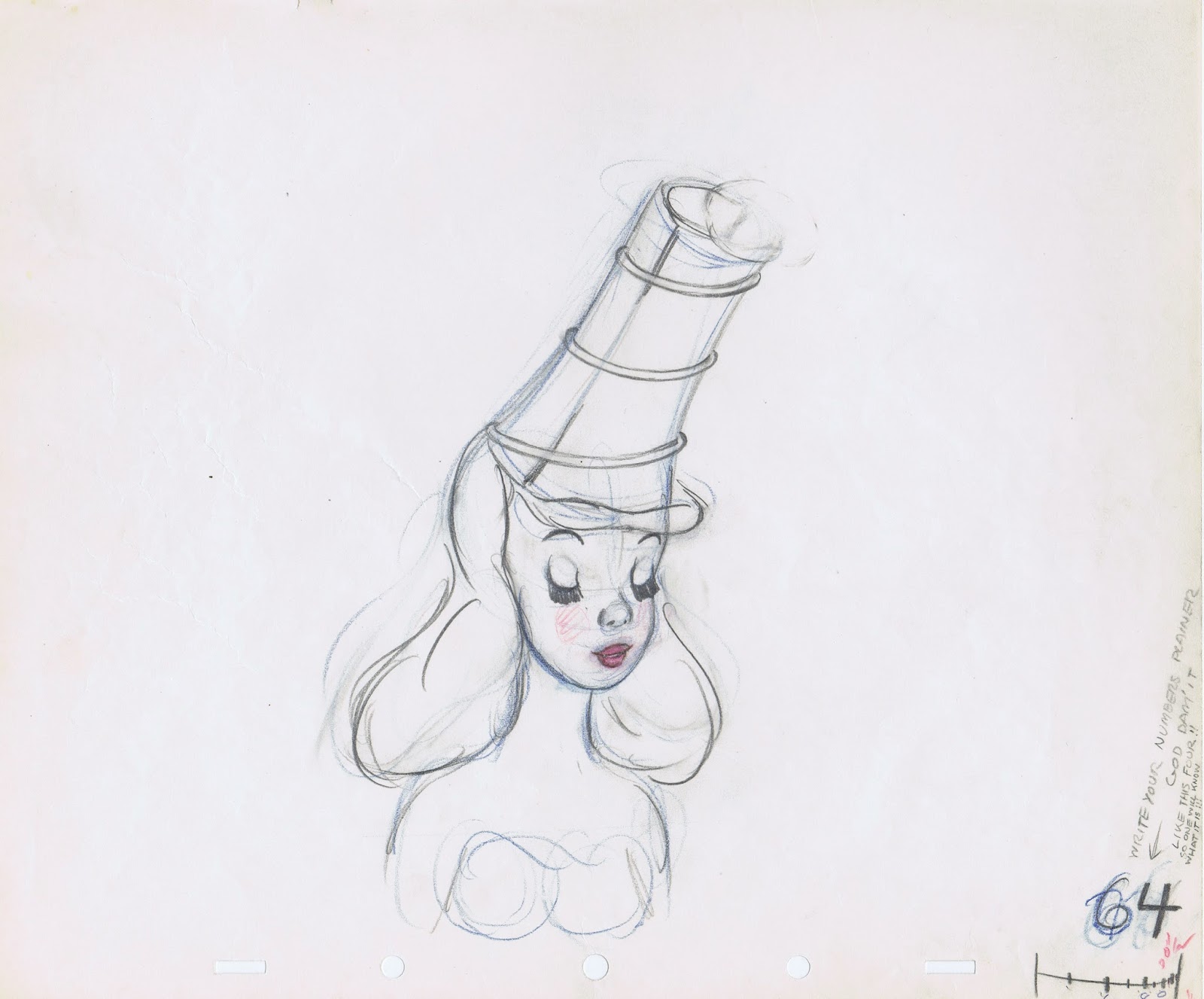