I am not entirely sure who drew this caricature of Tim, but it most likely is a Glen Keane sketch.
After I passed the training program at Disney in 1980 I was asked to help out with character designs for the upcoming production of "The Black Cauldron."
"The Fox and the Hound" was still being finished by the animation crew, and there was a need to come up with visuals for the next feature.  Producer Joe Hale told me."There is this other young guy who draws in his own unique style, maybe the two of you can come up with a new look for Disney".
That other guy turned out to be Tim Burton, and I moved into a nice roomy office with him.
Tim's stuff was amazing, and it seemed odd that I was asked to "disneyfy" it.
But I did try to go over his drawings, and each time I altered them to make them look closer to the Disney conventional style, I noticed that the essence of Tim's designs got lost. Tim went over some of my drawings as well, but the whole thing became somewhat frustrating.
Nevertheless the two of us got along well, we just found ourselves in this strange
predicament.
I remember one time Tim told me he was going to take a class in children's book illustration. One of his assignments was "Fun with Numbers", and he showed me what he had come up with. I told him how funny they were, and he gave me some of the out takes. Over time I ended up with a few other gag drawings or illustrations, Tim didn't have use for.
In the end the studio decided not to use his ideas and concepts, and understandably Tim moved on. He started producing stop motion as well as live action films which all reflected his artistic vision, (as you all know.)
I had lost touch with him over the decades until last March, when I visited the set of his upcoming stop motion feature "Frankenweenie" in London. Tim happened to be around and he gave me a warm welcome. We reminisced briefly about our year together, and then he said the funniest thing: "You know, I just had a dream about you and me being back in that Disney office." I replied: "I hope it wasn't a nightmare."
And by the way..."Frankenweenie" is going to be fantastic!! 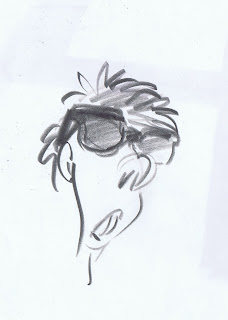 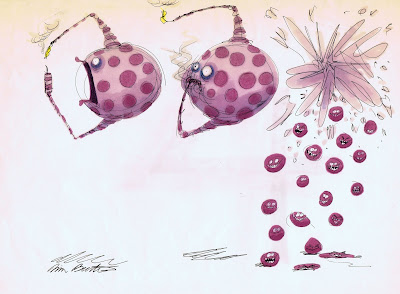 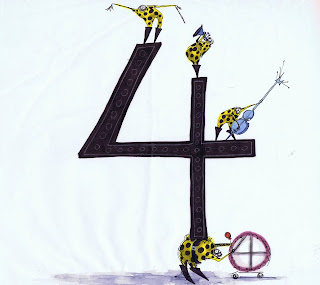 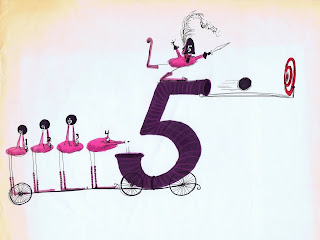 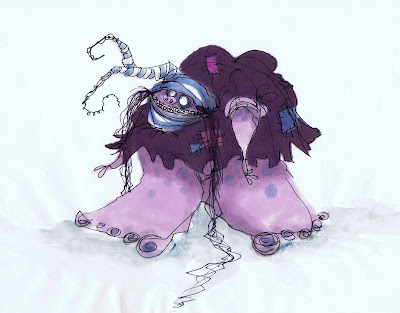 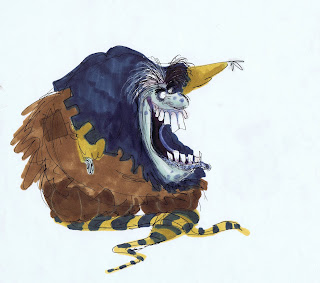 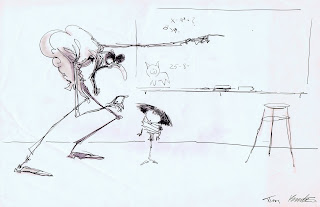 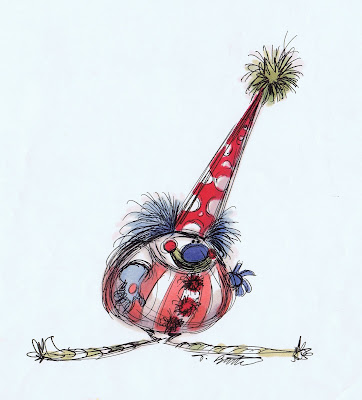