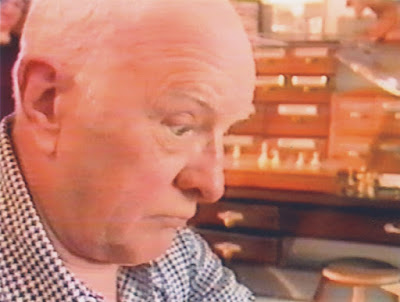 When you watch Milt draw some of his characters at the end of his episode from The Disney Family Album series you can't help but feel his intense concentration. He was interviewed and filmed in 1984 at home in his Condo, just north of San Francisco in Marin County. Milt hadn't drawn in several years, he left Disney in 1976. Nevertheless, full of self doubt feeling rusty, he gave in to the show's director Mike Bonifer and sketched in front of the camera.
The footage is of historical importance, because it shows Milt's unorthodox way of drawing. He throws in a light circle for the main mass of the character's head, but then goes straight for details.
The order in which he puts lines on paper is completely absurd. He finished drawing Pinocchio's head, before moving left to define his finger, which is on fire. The connecting arm was drawn in much later.

Milt's assistant Dave Michener told me that Milt stared at blank paper on his desk for a very long time before then quickly animating his scene. He literally saw poses projected on paper, which he then "traced". 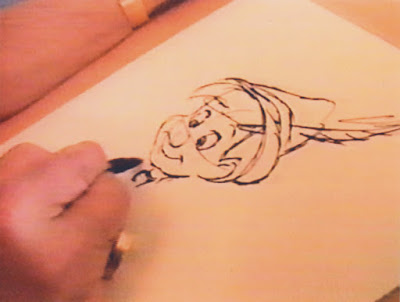 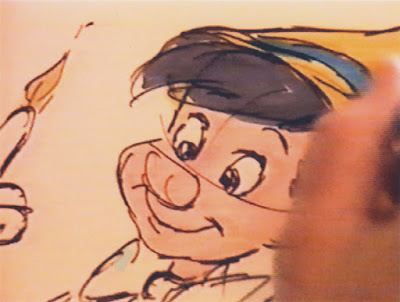 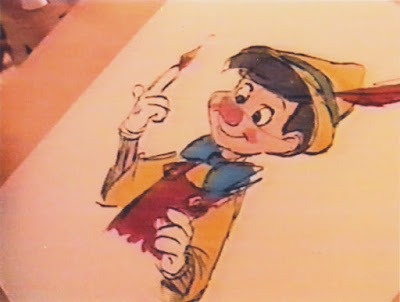 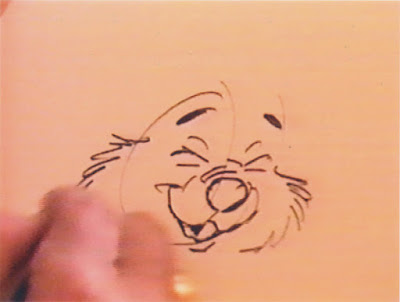 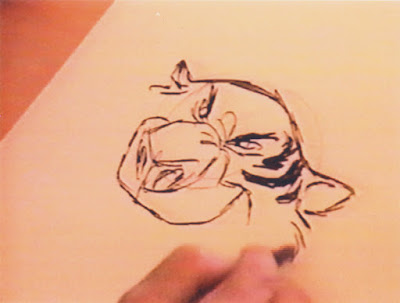 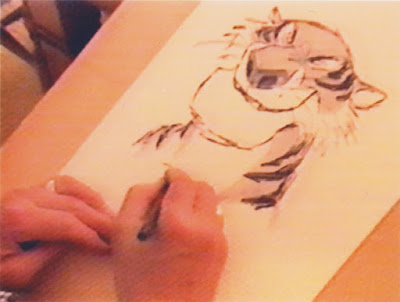 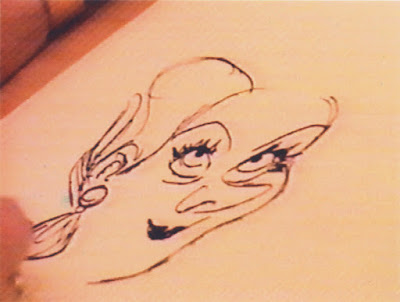 Her is the link to The Disney Family Album Wikipedia page for more infos on all episodes: