A Most Amazing Afternoon 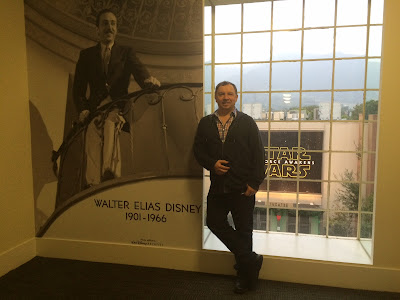 Many of you know that yesterday, December 15, marked the 50th anniversary of Walt Disney's death.
Recently the W. Disney Company went through great lengths to restore Walt's original office.
Over the years it had been altered greatly when occupied by Ron Miller, Roy Disney and others.
Today the office looks exactly like the day Walt died. The items you see in the photos I took yesterday are the real things. From furniture to books and figurines, all this had been kept in a warehouse for five decades.
I was thrilled to get an invitation to see this historic space, and our tour guide for the most part was none other than Richard Sherman, who reminisced about meetings with his brother Robert and Walt.
The first photos show the formal office which includes a piano. The model plane represents a new company jet that was on order at the time, but was cancelled after Walt's passing. 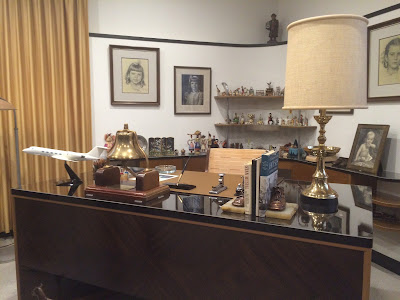 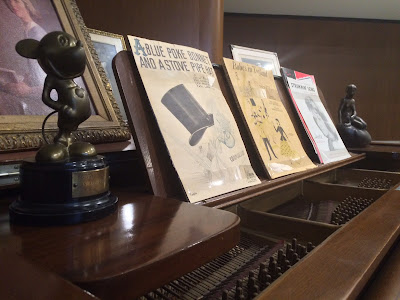 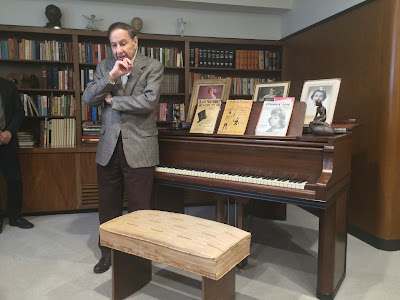 Richard treated us to a couple of songs, including "Feed the Birds" from Mary Poppins. 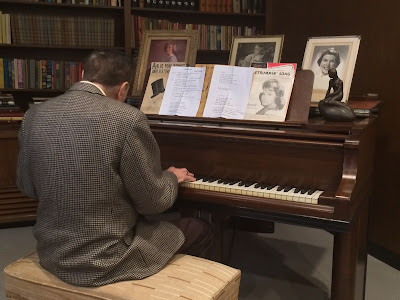 The working office, where stuff happened, came with a kitchen. That model plane was the kind of company jet in use at the time. 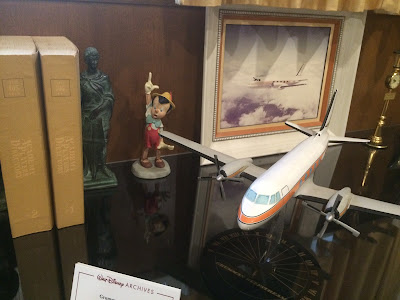 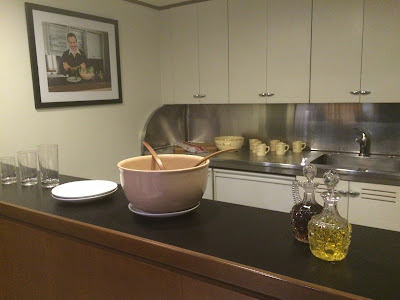 All the cabinetry is original, as you can see in the vintage photo. 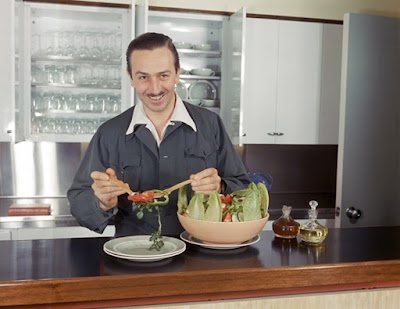 Richard finds a script for the live action musical "The Happiest Millionaire", for which he and his brother wrote songs for. 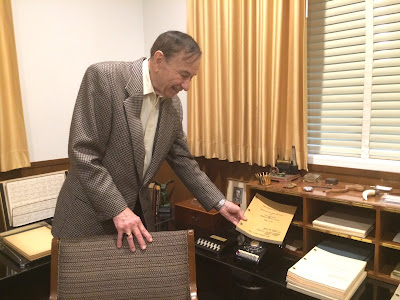 A very cool model of Lady, from the early development period. 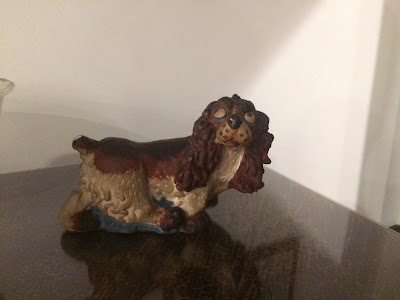 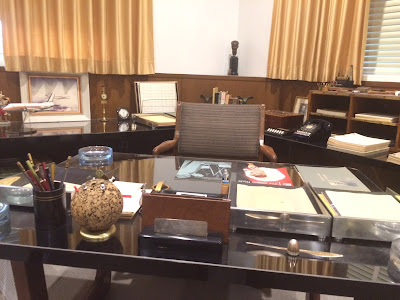 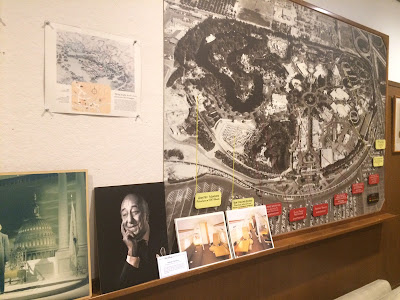 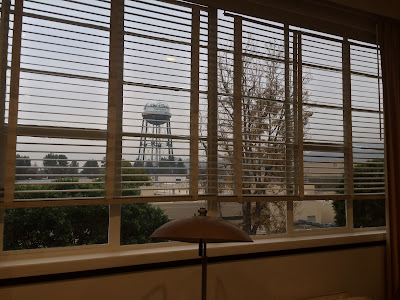