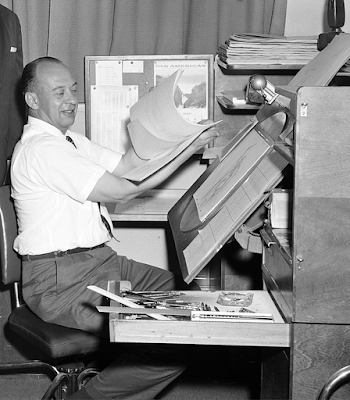 Marc is flipping one of his scenes with the flamboyant Cruella De Vil. It is scene 66 from sequence 2, which features Cruella's introduction. Here she is talking to Anita:"Poor Roger is your bold and fearless Sir Galahad...ha, ha, ha!"
This is a copy of the very drawing that you see on Marc's animation disc.
According to the Pan American calendar, the year is 1959. (101 Dalmatians premiered in January of 1961). 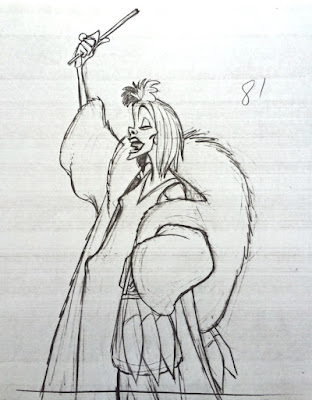 Before Cruella Marc had finished animation on the villainess as well as the heroine for Sleeping Beauty.
Maleficent proved somewhat difficult for him to bring to life, since - in his own words- she was a "speechmaker". Her movements were minimal and nuanced. A powerful character nevertheless. 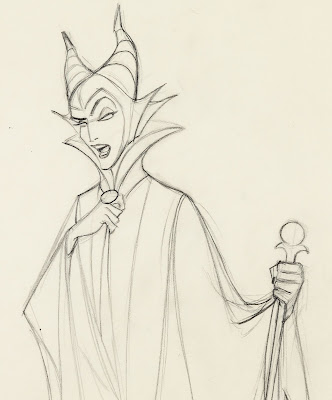 Princess Aurora came to life because of Marc's genius, he had a knack for interpreting and translating live action references into elegant graphic motion. 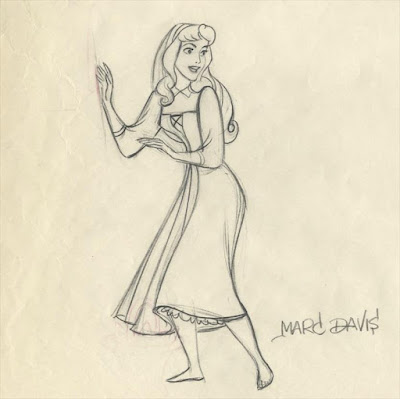 It is astounding to find out that during production on movies like these, Marc still found the time to poke fun at his colleagues as well as himself. I remember Milt Kahl kept a thick folder filled with Marc Davis studio gag drawings.
In the sketches below Marc is making fun of Ward Kimball. 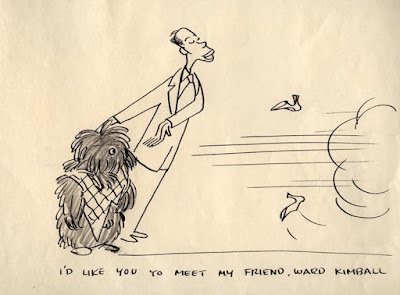 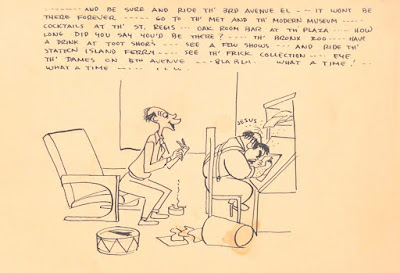 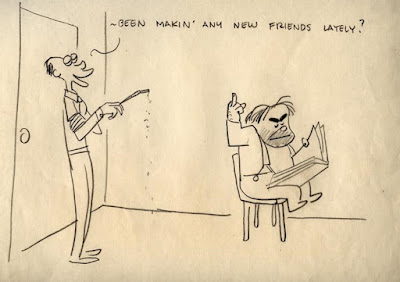 And on Cruella here: